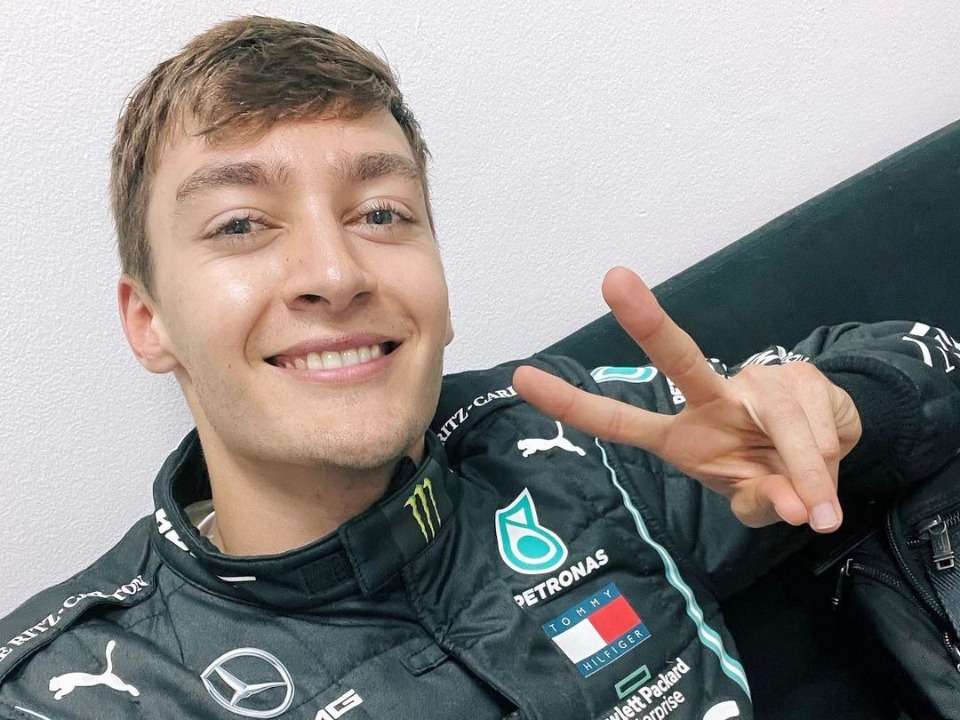 George Russell is a handsome skilled professional British racing driver who is currently racing the Formula One and has contracted to Williams. As of 2021, he is in the team of William- Mercedes. His car number is 63 and had his first entry in the 2019 Australian Grand Prix.

George William Russell was born on February 15, 1998, in King’s Lynn, Norfolk, in England to his parents Steve, his father, and Alison who is his mother. He is the youngest brother of his sister Cara and his older brother Benjy and spent most of his childhood with them. As a child, Russel grew up in Wisbech, Cambridgeshire where he attended the Wisbech Grammar School before he moved to Milton Keynes when he was 18 years old and was closer to his racing teams. He never mentioned the University he attended or graduated from.

In 2010, Russell moved to the Rotax Mini Max category where he became Super One British Champion, Formula Kart Stars British Champion, and also won the Kart masters British Grand Prix. Russell made his single-seater debut racing in the Formula Renault 2.0 Alps championship. He initially signed the racing contract with the Prema Power team in 2014, but then switched to Koiranen GP. Though he missed the round as he was ill, Russell finished by getting fourth place while he took a single podium at the Red Bull Ring. In 2014, Russell entered the final race of the season at Snetterton in a four-way title battle with his teammate.

After that in 2015, Russell was announced as one of the twelve drivers selected to join the British Racing drivers’ Club Superstars Programme and he was the youngest to achieve this recruitment to the scheme and also graduated to Formula 3 in the same year. In 2016, Russell switched to Hitech GP where he scored two victories and finished third in the standings. In 2017, he signed a contract with the ART Grand Prix GP3 Series season. He had previously driven for the team at the post-season test at Yas Marina in November 2016.

In 2018, Russell was confirmed as a driver for ART Grand Prix for the 2018 FIA Formula 2 Championship which would see the new Dallara F2 2018 make its debut in the expanding 12- race calendar. He was also confirmed as the Mercedes reserve driver sharing duties with Pascal Wehrlein the following month. Russell was announced as one of the Pirelli Tyre Test Drivers for the Force India at the post-Spanish Grand Prix test in May 2018. And in October 2018, it was announced that Russell had signed a multi-year deal to drive like a racer with the Williams team and is partnered with Robert Kubica for the 2019 season.

In 2020, Russell qualified for the second position on the front row for the race start, narrowly missing out on pole to teammate Valtteri Bottas by 26 milliseconds. Russell went off to a fiery start and gained early control however, one of the mechanics of the Mercedes team replaced Valterri’s tyres on George’s car which led him to re-pit on the next lap to rectify that error. He then suffered a slow puncture ten laps before he finished and he was forced to the pit again. He earned his first three World Championship points, two points for ninth and one for the fastest lap and he finished ninth. Russell still continues his racing career with the Williams even in 2021.

George is a 23 years old man who is currently dating his girlfriend Seychelle de Vries whom he met while racing in the Formula 2 Championship. The couple is dating for a long time now. He did not date anyone else before or has not been previously engaged.

George is a racing driver who has an estimated net worth of  $160000 whose net worth is expected to increase as he is currently competing in the Formula One World Championship for the Williams team.