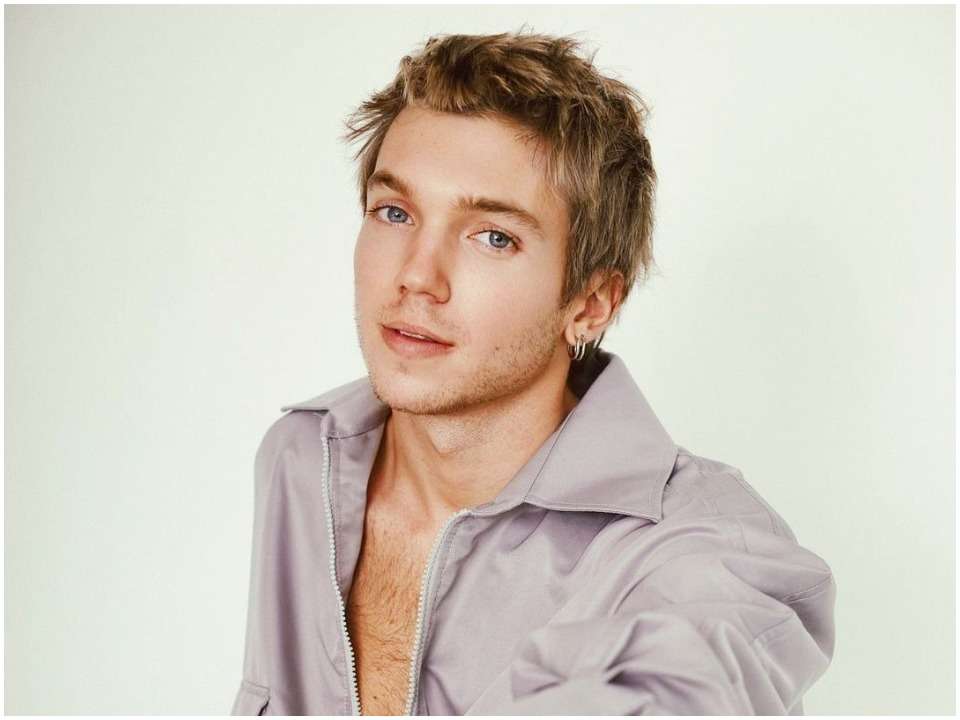 Franco Masini is an actor and a composer. He is best known for his significant roles in films or series like The Clan (2015), Love After Loving (2017), and Solo el Amor (2018). He belongs to Argentina and his full name is Franco Rodrigo Masini.

Franco Masini got himself trained with acting skills in theater at the Timbre 4 Academy where he was trained under the guidance of Mariano Calligaris (2008/11). Thereafter, he went to ETBA (School of Theater of Buenos Aires) and trained with Raúl Serrano (2011/12). It was not the acting that made him fascinated for his career but also the skills of guitar, saxophone, and choir for which he got various lessons in his childhood.

Franco made his debut with the theatre and his acting skills when he was merely 12 years old in 2006. He got a role in the play Ricardo III. His career got on the track of regular roles when he first was hired for the role in the cast series of Peter Punk. he performed the role for Disney XD from 2010 to 2013. He played the role of Ivan, the manager of Band Rock Bones. Thereafter, he made national and international tours for his band in the series. In 2013, Masini got another role for the art series El Legado that was broadcast by Channel 9. Thereafter, he did many advertising roles for brands like Asepxia, Saladix, and Pepitos. In addition, Masini is an active member of the musical project called Té para tres where his sister is also a part of the band.

Masini got back-to-back significant roles from 2015 to 2020. He worked on many series, films and advertisements. Among one of them was his role as Pedro in Esperanza mía. He appeared in the chapter of “El mal menor” which was broadcast on Public TV. he was also part of the film El Clan (the same year, i.e. 2015) that was directed by Pablo Trapero. Later in 2016. He participated in the film called “inseparables” by Marcos Carnevale. The same year, he got the opportunity to host the 2016 Kids Choice Awards alongside Victorio D’Alessandro. The award show was telecast in October 2016.

In 2017, Masini starred in the musical album “And One Day Nico Left”, written by Osvaldo Bazán and directed by Ricky Pashkus. Thereafter, he got the chance to work on the television strip “Amar After Love”. In 2018, he starred in the film “Only Love” along with other cast members including Andrea Fringerio, Gerardo Romano, and many more. In 2019, he got another significant role in the strip “Campanas en la Noche” where he played the role of the son of politician Pablo Ballesteros (Diego Gentile). Thereafter, in theatres, he starred in the series called “A Clockwork Orange” that was based on the 1971 crime film with the same title. In 2020, Masini joined the British series called Riviera starring Julia Stiles, Lena Olin, and Adrian Laster. Masini is also part of Rebelde Netflix which has recently been released in 2022.

In December 2019, Franco Masini released his first song called something from me. That time, he declared himself to be single. He said that it was difficult for him to fall in love. But, when he finds someone, he will find her (then girlfriend). He said that he is willing and open and if anything will have to happen, it will surely happen (he was of course signifying his personal or life here).

On the eve of New Year 2021, he ended the year while posting a picture of himself with Juana Farrell. Juana Farrell is assumed to be the girlfriend of Masini as depicted from his social media profile. She is a young businesswoman who is closely linked to fashion. She has got herself an accessory brand in Argentina given by her parents.

Masini is earning quite a good amount because of his acting skills. He has been confined to the area of musical, acting, and production industry for many years. He was merely 12 years old when he first got his professional role in theatres. Although he never described his net worth in public, we assume that he might be earning somewhere around $1 million.