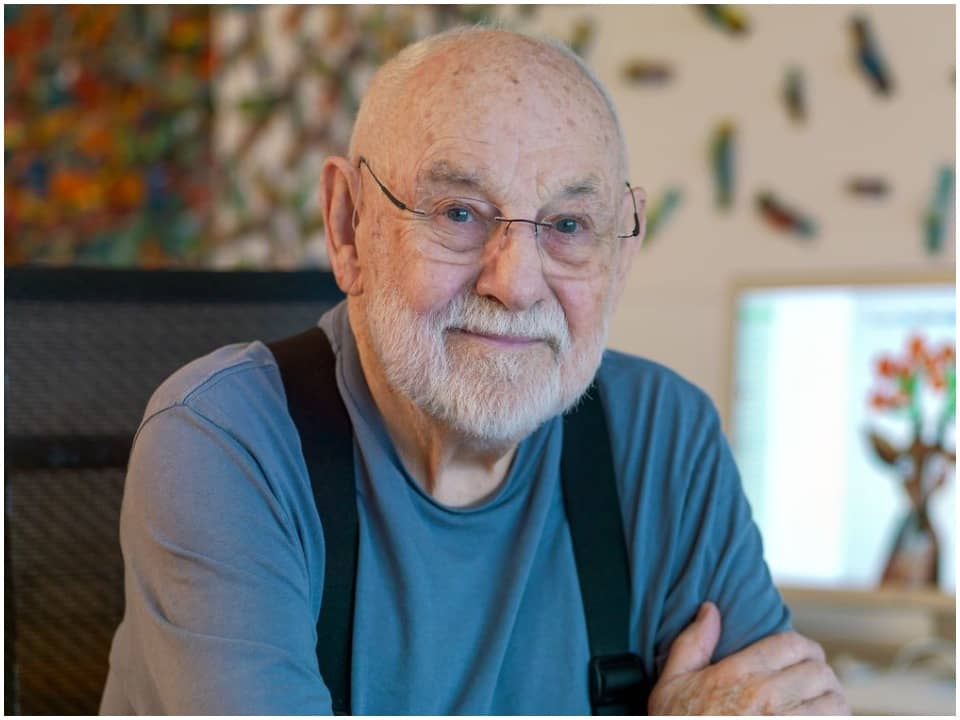 Eric Carle was an American designer, illustrator, and specialized writer of children’s books who was also most credited for The Very Hungry Caterpillar, a picture book that sold more than 50 million copies. He has also been the recipient of the Laura Ingalls Wilder Medal by the American Library Association. Carle died at the age of 91 due to kidney failure.

Eric Carle was born on June 25, 1929, in Syracuse, New York to mother Johanna and father Erich W. Carle. His father was a civil servant and has a younger sister named Christa Carle. When Eric was 6 years old, his family went back to Stuttgart, Germany from where he also completed his schooling. At the beginning of World War II, his father was taken into prison by the Soviet forces, and Eric was sent to the small town of Schwenningen to escape the bombings of Stuttgart. He was always homesick for the United States and eventually in 1952 he moved to New York City with $40 as savings and began working as a graphic designer.

In 1952, Eric moved to the United States as he was homesick for a long time. Soon he began working as a graphic designer in the promotion department of The New York Times. During the Korean War, Eric was drafted into the U.S Army stationed in Germany and as he was discharged, he returned to his old job with The New York Times. He also became the art director of an advertising agency and met author Bill Martin Jr. who encouraged Eric to try illustration. In 1967, Eric published his first collaboration Brown Bear, Brown Bear, What Do You See? which became a best seller and winning format for the author-illustrator duo.

A year later, he published his first self-written and illustrated book, 1, 2, 3, to the Zoo followed by The Very Hungry Caterpillar in 1969, the award-winning book which now has been translated into more than 66 languages and sold more than 50 million copies. Eric proceeded to write and illustrate more than 70 books using the tissue-paper collage technique which was widely loved by his readers. In 2002, he and his wife, Barbara founded The Eric Carle Museum of Picture Book Art opposite Hampshire College and has welcomed over 500k visitors and 30k school children.

Carle became a prominent figure for his work in children’s literature and over the years won numerous awards such as the Japan Picture Book Award, the Regina Medal and the Lifetime Achievement Award from the Society of Illustrators, and the Laura Ingalls Wilder Award. His other notable works include, The Grouchy Ladybug, Seven Stories by Hans Christian Andersen, Papa, Please Get the Moon for Me, All in a Day, Baby Bear, Baby Bear, What Do You See? and The Very Busy Spider. All his life, Eric has contributed to children’s literature, and to date, there are not controversies that would harm his work and image.

Carle did not have any personal account which he operated on his own, all his social media accounts were managed by his team. On Instagram, the account goes by the name @officialericcarle and has over 44.3k followers whereas on Twitter the author has over 91.6k followers.

Personal life & Cause of Death

Eric has been married twice first to Dorothea Wohlenberg which ended in divorce. They had two children together, a son named Rolf and a daughter Kirsten. His second marriage was to Barbara Morrison in 1973 and lived in Northampton, Massachusetts. Barbara and Eric together founded The Eric Carle Museum of Picture Book Art in Massachusetts. Barbara died in 2015. On 26th May 2021, his team announced his tragic death through his Twitter account. Eric died due to kidney failure on 23rd May 2021 at his art studio his second home.

In 1963, Carle started working and by 1967, he has published his work as an artist. Since then, he has illustrated over 70 books and sold over 145 million copies of his books worldwide. As of May 2021, his net worth is estimated to be over $60 million US Dollars majority of his source of wealth from being a writer and illustrator.