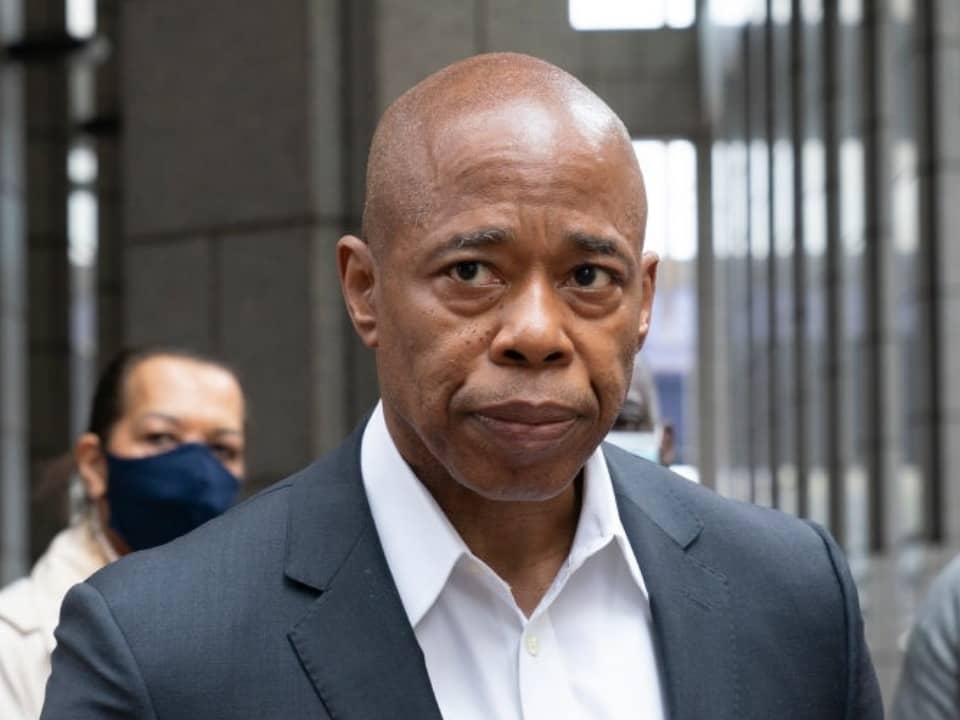 Eric Adams is a talented and intelligent American politician who is also a retired police officer and an author who has written many books. He is currently known to the world as the 18th Borough President of Brooklyn in New York City. He is now the candidate for the 2021 New York mayoral election in the Democratic primary.

Eric Adams, also known as Eric Leroy Adams was born on September 1, 1960. He is the son of his father Leroy, who was a butcher, and his mother Dorothy, who was a house cleaner and was born in Brownsville, Brooklyn, United States of America, and was raised in Bushwick, Brooklyn, and South Jamaica in Queens. He is one of the six children of the couple and has three older siblings and two younger siblings. As a student, Eric attended the Bayside High School. After his high school graduation, he enrolled at the New York City College of Technology from where he received the associate degree after which he went to the John Jay College of Criminal Justice from where he received his degree in B.A. He then earned his degree of M.P.A. from Marist College.

Eric started his career as a police officer in the year 1984 after he attended the New York City Police Academy and graduating from there and served in the New York City Transit Police and also in the New York City Police Department. During his policing career, he worked with the 6th Precinct in the Greenwich Village, 94th Precinct in Green point, Clinton Hill, and many more. He then served as the president of the Grand Council of the guardians in the 1990s as an African American patrolmen’s association. Eric was the co-founder of the 100 Blacks in Law Enforcement Who Care in 1995, which is an advocacy group for the black police officers who are often speaking out against police brutality and racial profiling. He served as a police officer till 2006.

Eric was the supporter of the David Dinkins during the 1993 Mayoral election and made a comment about a candidate of the New York State Comptroller, Herman Badillo. In 1994, Eric ran in the Democratic primary for the 11th Congressional seat where he lost to Major Owens. Eric then became a registered Republican from 1997 to 2001. Adams ran for the New York State Senate of the Democratic Party in 2006. He was selected as the Brooklyn Borough President after he served for four years as a Senate. He represented the 20th Senate Districts. Adams had been one of the 24 state senators who voted in favor of same-sex marriage and legalize it when New York’s Marriage Equality Act came into effect.

Adam launched a digital application in 2016 which could be used as a paperless alternative to applying for the position of one of Brooklyn’s community board. In November 2020, it was announced that Adams would take part as a candidate to run in the elections of the 2021 New York City Mayoral Election. In June 2021, during the votes of the election, it was revealed that he has been voted more than the American businessman Andrew Yang who is also a former presidential candidate.

As for his personal life, Eric is currently married. He is the husband of Tracey Collins who is currently working as an educator in New York City. The couple has been together for a long time now and owns a co-op in Fort Lee, New Jersey. Before marrying Tracey, Eric dated Chrisena Coleman and he remained very close with her and spent a really good time together. In fact, she gave birth to a son named Jordan Coleman but later, they broke up due to an unrevealed reason.

Adam is a very successful man who earns an estimated net worth of $10 million. He has many sources through which he earns his income but mainly earns through his political career. Previously, he used to earn his income as a police officer. Currently, he also earns some part of his income as an author and a landlord. His net worth is expected to increase if he wins his mayoral election.