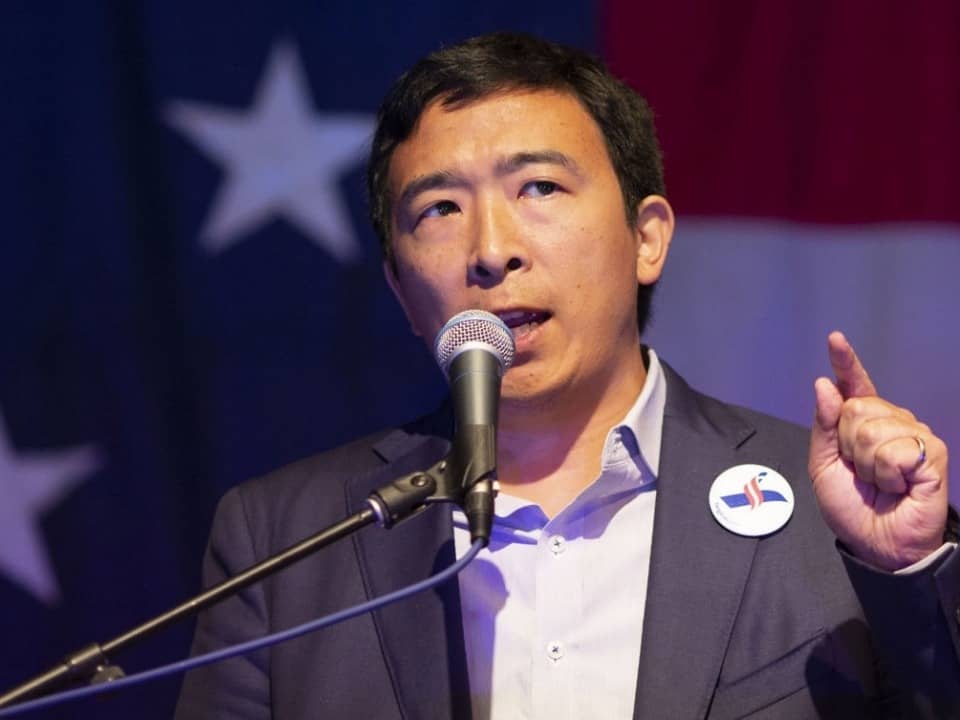 Andrew Yang is a famous and intelligent American businessman who is also a politician and an author. Yang was first recognized by the people as a lawyer but he then decided to begin with his own start-ups and grow companies of his own. Yang is the founder of a non -profit organization called the Venture For America. Andrew tried his luck in New York Mayoral Election but after a disappointing performance, he decided to end his campaign.

Andrew Yang was born on January 13, 1975, in Schenectady in New York, United States of America. He is the son of his father Kei Hsiung Yang and his mother Nancy Yang. His father was a physicist and his mother worked at a University before she became an artist. He has a brother named Lawrence, who is a psychology professor at the New York University.

Yang attended a local high school in Somers in Westchester Country, New York. After getting bullied in public school, Yang went to the Phillips Exeter Academy which was a boarding school in New Hampshire. After his high school graduation in 1992, he attended the Brown University where he majored in the field of Economics and political science. Upon completion of graduation in 1996, he attended the Columbia Law School from where he earned his degree of Juris Doctor in 1999.

Yang started his career by working as a corporate attorney at the Davis Polk & Wardwell. He worked there for 5 months after which he joined his colleague in launching Star giving in February 2000, which was a website for celebrity affiliated philanthropic fundraising but they had to wrap it up in 2002. Andrew then served as the vice president of the health care startup from 2002 to 2005. He then joined a small test preparation company and in 2006, the CEO of the company handed over the company to Yang. After becoming the CEO of the company, Yang provided the GMAT test preparations after which the company was acquired by Kaplan Inc., in 2009.

Yang resigned as the President in 2012 and started working for an NPO which he founded in 2011. He gave up his position as the CEO of the company in March 2017. In March 2020, after the suspension of his presidential campaign, he announced that he was creating another NPO called the Humanity forward Foundation which was for the promotion of ideas. He split from the NPO after he announced that he would be running for the election of Mayor of New York City. Recently, Yang gave up and stepped down from the election of the Mayor of New York City after he found out that his opponent Eric Adams was leading with the votes.7

As for his personal life, Andrew is currently married. He married his wife Evelyn Lu whom he met on the campus of Columbia University. The couple dated for a few years after which they decided to get married in 2011. The couple happily lives together and are now parents of two children who call themselves proud sons of their parents.

As for his net worth. Andrew earns an estimated net worth of $ 1 million USD. According to Forbes, his main source of income is his profession as a businessman and earns some part of his money through his political career. His net worth is expected to income after he fully gets involved in the political journey.