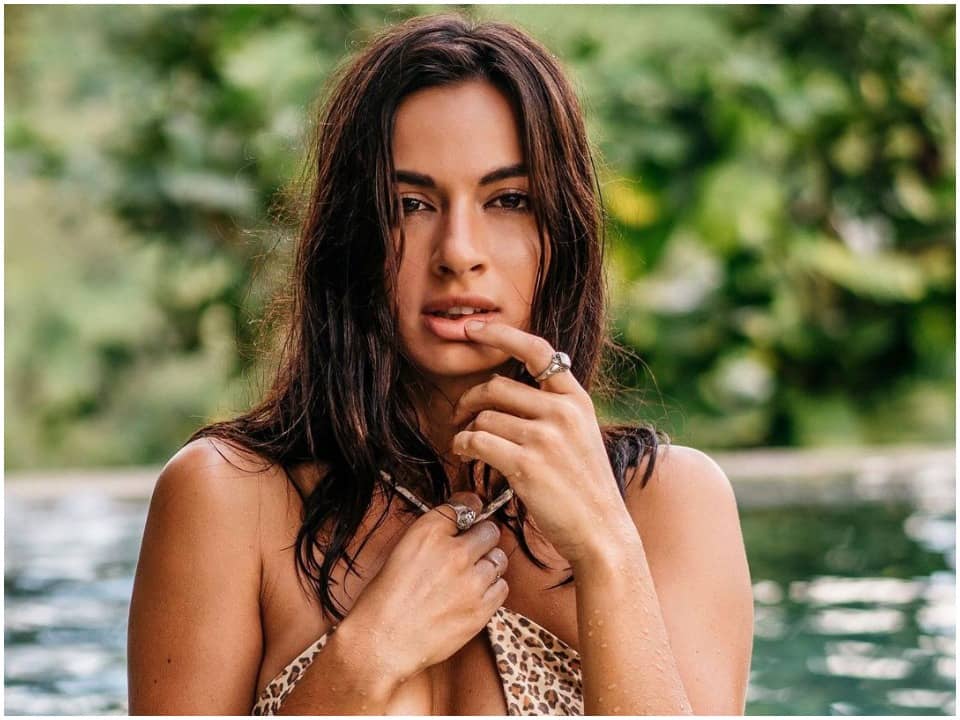 Christina Carmela is one of the new sensations from Netflix’s Too Hot to Handle season 2. At first, she wasn’t introduced in the official video of Too Hot to handle season 2 cast introduction but she was one of the new additions in the show. Looking at her video, some of the users already saying she is the Chloe Veitch of the first season so it would be interesting how things will go in further episodes.

There is no information available regarding her date of birth but we only know that she is 30 years old which makes her birth year in 1990 or 1991. Christina belongs from South Africa as she was born and raised in Cape Town however her father is Italian whereas her mother is from Portugal. Thus, it makes her perfect blend of Italian, Portuguese, and South African ethnicity so it makes her upbringing so diverse. Talking about her education then all we can discover is that after completing high school she quickly turned up to a few odd jobs in order to kick off her career asap.

After finishing high school education, she moved out from her native to India in order to try her luck in the entertainment industry. She got her start from Bollywood where she stayed for around two years and gained some work experience in the industry. She wasn’t meant to be working in entertainment thus, after making enough from that she went to chase her own dreams. When she was younger, her father would fly her family all around the world and that’s how she decided to be a pilot as well. Also, she wasn’t interested in doing office jobs and it was a dream job for her if you get paid for traveling.

Thus, she enrolled in one of the best in South Africa’s flight schools for further training in flying. So, she’s been flying for around 12 years now and will continue to live the life fullest as per her aspirations. Based on her Instagram, she is currently living in London, United Kingdom, and working as a commercial pilot and also modeling gigs as well. When it comes to her goals then it is quite clear that she is a very ambitious girl who is aspiring to build her own private charter company, Beau Monde Aviation in the future.

Too Hot to Handle

Despite being a commercial pilot, she likes to go wild and wants to have fun in life. Thus, she joined the second season of Netflix’s reality show Too Hot to Handle. She doesn’t like to commit to long-term relations so she signed up for this. During her introduction video, she made it clear that she couldn’t just follow the rules as “Rules are meant to be broken”. Some of the fans stated that she resemblance Chloe Veitch from the first season so things will definitely be turned up in the upcoming episodes on 30th June 2021. She made an entry in the 4th episode as the new addition to the show along with Robert Van Tromp.

We did some digging into her past to check whether she is or was in any kind of relationship or not. It seems like she wants full control of her life thus she is single now but definitely doesn’t miss out on having fun. She already spiced up the second season with her entry as Cam Holmes almost kissed her. Christina lost her job due to the coronavirus pandemic thus, she is more inclined towards her career rather than relationship.

Being a commercial pilot and model, it is quite obvious that she is racking a hefty amount from her dream job. However, no information available regarding her actual worth, but it is sure that now her addition to Netflix would boost her career.