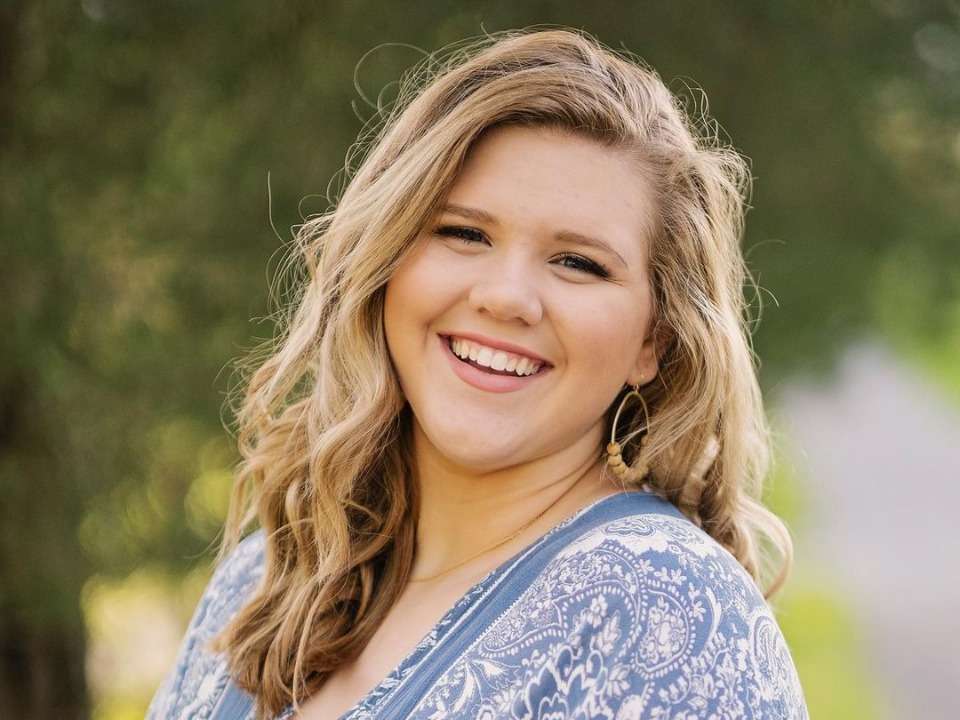 Emma Caroline is an American singer and songwriter who is currently a contestant on the 20th season of the American reality show The Voice for 2021. The season premiered on Monday, 1st March 2021 and I judged by 4 coaches Kelly Clarkson, John Legend, Blake Shelton, and Nick Jonas.

Emma was born in Tuscaloosa, Alabama, and is currently 25 years of age, her exact date of birth is not known. She did not have a typical childhood, her father was a military helicopter pilot, sometimes deployed to Afghanistan and Saudi Arabia and at a young age, her parents divorced each other, due to which she spent most of her childhood to herself. In school, Emma endured bullying which made her constantly change schools This also made her write music as she found comfort in music and used it as a way to express herself. There is no information regarding where Emma completed her schooling from, but growing up she was bullied which made her constantly change schools. She attended the University of Alabama and while she was still enrolled in college, she decided to get serious about making her career as a singer.

Growing up Emma has to go from hardships, she was bullied throughout her schooling life which resulted in her transferring schools. Moreover, her father also spent time in the military thus all Emma was left with was music as she found comfort in music. But it was not till college that she decided to pursue a full-time career in the music industry. Emma led worship at a campus ministry at the University of Alabama and sometimes during the summers, she led worship at a Christian camp in northern California. In 2017, she released the four-song Christian EP “Pursue” which she recorded in Nashville. Through this, she raised $10,000 for the project and penned two of the songs with her producers.

After graduating, she was performing at songwriter rounds and writing with various artists. Emma has also mentioned that her upcoming music will be in more of a country/singer-songwriter vein. Emma performed Kacey Musgraves’ “Slow Burn” for her The Voice Blind Auditions 2021 and managed to turn chairs of Kelly Clarkson and Blake Shelton likewise selecting to be in Blake’s team. The audition clip is uploaded on the YouTube channel of The Voice and has over 471lk views.

For the next round, Cam Anthony and Emma Caroline compete singing Dan + Shay and Justin Bieber’s “10,000 Hours” during The Battles on The Voice. Though she lost against Anthony, by the end of it, Emma was saved by Blake. After graduating from college, she works as a personal assistant in Nashville. At present, Emma appears on the 20th season of the American reality television show, The Voice which airs on the NBC network. She has made it through the blind auditions and battle round, even though she lost against Cam Anthony but was later saved by Blake himself.

Emma is currently in a relationship with John Crain, the couple is often sharing each other’s pictures through their Instagram. There are no details regarding their relationship not has Emma made a comment on them being together. Emma is active on Instagram and goes by the username @emmacarolinemusic. She has almost 4k followers and is often seen pictures of her own, sometimes some covers of the songs she has covered, and insights from her personal life.

Not until recently, Emma has just set her foot in the music industry by appearing in the 20th season of The Voice hence there are no details of her salary insights or net worth. But considering she has released her EP; her net worth can be estimated to be around 100k US Dollars.