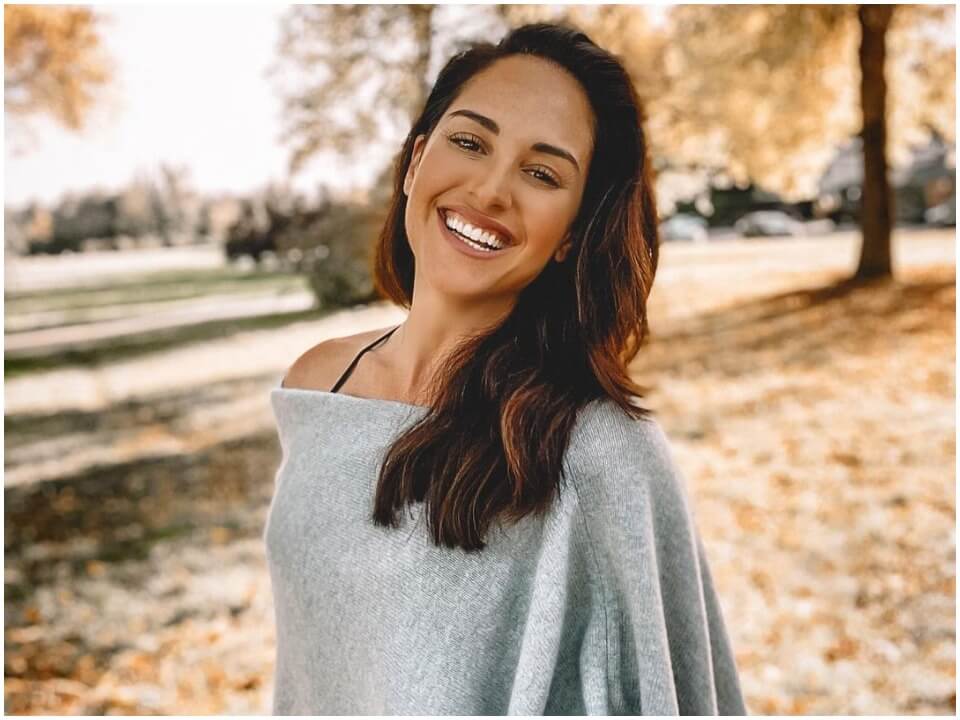 Emily Compagno is a talented American attorney, TV host, and former National Football League cheerleader who currently works as a contributor on Fox News Channel. She has earned her JD from the University of San Francisco School of Law and has been practicing law and being an analyst since then.

Emily Rose Compagno was born on November 9, 1979, in east Oakland’s Oak Knoll Naval Hospital, Oakland California but mainly she was raised in El Cerrito, California. She was born to mother Katherine and father John Compagno, who was a United States Navy Commander. She has two older sisters named Natalie Compagno who owns a traveling bookstore owner and Julietta Compagno Skoog who is co-founder of a brand called Sproutable.

Her family background, that is her grandparents, and even great-grandparents are very well-known personalities such as her great-grandfather was a recipient of the Silver Star during World War II. She completed her undergraduate education from the University of Washington and earned a Bachelor of Arts degree in Political Science. After graduating she enrolled herself at the University of San Francisco School of Law from where Emily earned her Juris Doctor degree.

Emily worked as a criminal defense attorney in San Francisco while also serving as captain of the Oakland Raider cheerleading squad, the Raiderettes right after she had passed the California bar. She simultaneously managed both of the jobs and soon the NFL made her the Ambassador through which she promoted the NFL brand in Beijing and Shanghai. Emily was also one of the five NFL cheerleaders selected to visit U.S. troops with the USO where were held in Iraq and Kuwait. Compagno then became the Senior Judge Judicial Extern for John T. Noonan at the U.S. Court of Appeals for the Ninth Circuit and also held her legal positions in cities across the world such as Cape Town and Rio de Janeiro.

Emily also served as the federal attorney at the Social Security Administration. In 2018, she joined the staff of Fox News and accepted the position as a contributor and legal analyst. She appeared as a semi-regular co-host of talk show The Five and was also seen on other Fox News programs in her contributor role, offering opinions or legal analysis. In 2020 Emily became the host for Crimes that Changed American, which was also her first own show. After working with Fox News for nearly 4 years, in 2021 she was named as a permanent co-host of Outnumbered. Along with Kayleigh McEnany and Harris Faulkner, she talks about politics and shares her views on current affairs.

Emily married Peter Riley in Italy on September 14, 2017, and then settled in Seattle, Washington, United States. The pair secretly tied the knot without the public knowing about them, it was later when Emily shared the wedding blog posts and pictures through her social media, the public got to know. Emily is very popular among the audience has a very well-established social media presence. As of 2021, she is active on social media platforms such as Twitter and Instagram where she has 132.6k and 215k followers respectively. She shares insights from her personal life and her opinions and on both the platforms Emily is an officially verified user.

Emily started quite young in her professional forays, and over the years she has diversified in many fields which mainly contribute to her source of wealth. She is a very prominent journalist but with that, she is also an attorney, host, and analyst. As of 2021, her net worth stands at 1.5 million US Dollars where the majority of her income is mainly from being a Professional sports analyst. She often is seen endorsing brands such as Ardiri Winery.