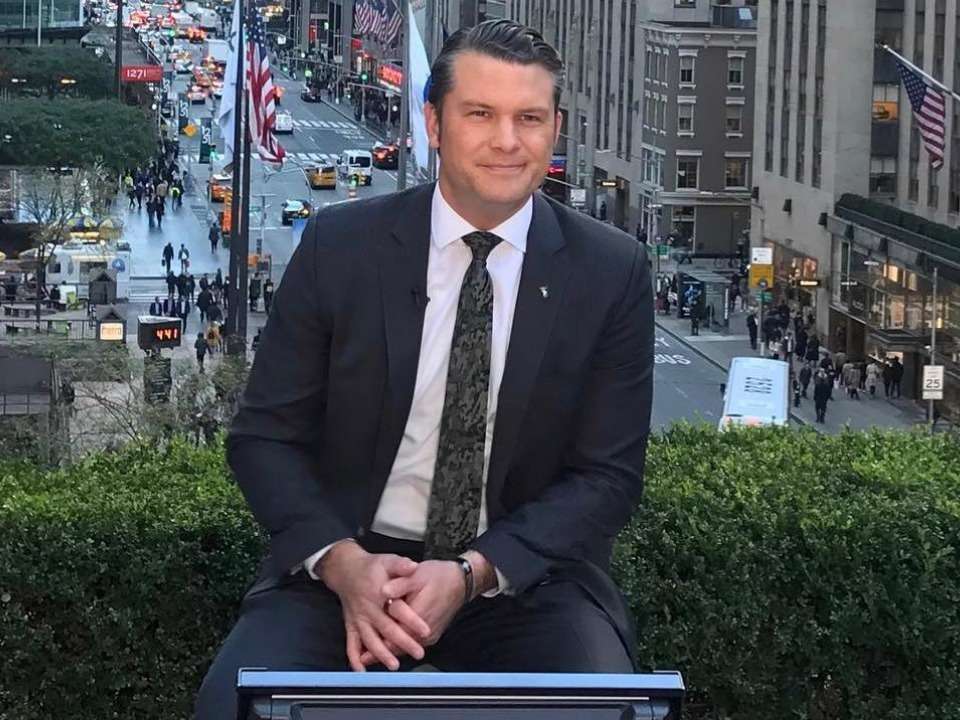 An American television host and author, Pete Hegseth is a well-known personality. He attracts viewers through his highly sincere attitude and decency. He is presently serving as a co-host for the Fox & Friends Weekend. Alongside being a media personality, he is a former military officer who has served in Afghanistan and Iraq wars.

Peter Brian Hegseth popular as Pete Hegseth was born on 6th June 1980 in Forest Lake, Minnesota, the United States to parents Brian and Penelope Hegseth. His father was a High school basketball coach. He has kept his family history away from the lime-lights and so is yet to disclose the information regarding the same. However, it is known that Pete grew up with his younger brother, who is a basketball player.

Later on, he went to work as an executive director for Vets for Freedom followed by serving for the conservative think tank Manhattan Institute for Policy Research, after leaving Bagdad. As a contributor, he joined Fox News in 2014. Later in 2017, he was seen interviewing Donald Trump and was criticized for allowing trump to make false claims without challenging him. In December 2018, Pete served as a co-host for several-hour New York’s Eve Program with fox Business Network’s Kennedy, where the pre-recorded telephone interview between him and Trump was broadcasted. In January 2020, she expressed his story support for President Trump’s decision to kill Iranian General Qasem Soleimani.

As his father was a Basketball coach, he got inspired by him to play basketball. He was very active in sports since he was a toddler. His father used to train him on daily basis and shared his experiences with him. He was a member of his high school basketball team and led his team to the Minnesota State tournament. Pete set the record for career three-pointer which was later broken by his younger brother. He went to play for four more years before he left Princeton.

As serving for Fox News, he was involved in the promotion of an upcoming segment about the Stihl Timber-sports Series. At the time of promotion, Pete was supposed to throw a double-bit lumber axe at a wooden target but it missed the target and hit the band member, Jeff across the right elbow. The axe didn’t cause much damage. After that incident, it emerged that the band was unaware of the axe-throwing while they were performing. Jeff denied the offer to pay for the treatment by Fox News but later went on to sue Pete and Fox News for the incident.

Pete married Meredith Schwarz but it didn’t work out so they parted their ways in 2009. He got married to his second wife namely Samantha Deering in 2010 and had three children together. Pete had a daughter with Jennifer Rauchet, a Fox executive producer, with her, he was having an extramarital relationship in August 2017. Later he and Deering got divorced in August 2017. Pete and Jennifer got married in August 2019. Jennifer has three young children from her first marriage.

Pete has been found active on social media lately. He has been able to generate a huge fan base on his Instagram account @petehegseth with around 235k followers. Where he posts pictures and videos with his family and friends and also posts informative pictures regarding the latest news.

Overall these years of experience and training, Hegseth has been able to gather a decent amount. His estimated net worth is around $5 million while his annual salary is between $40,000 to $110,500. He amassed his wealth mostly from being a US Army and his professional media career.