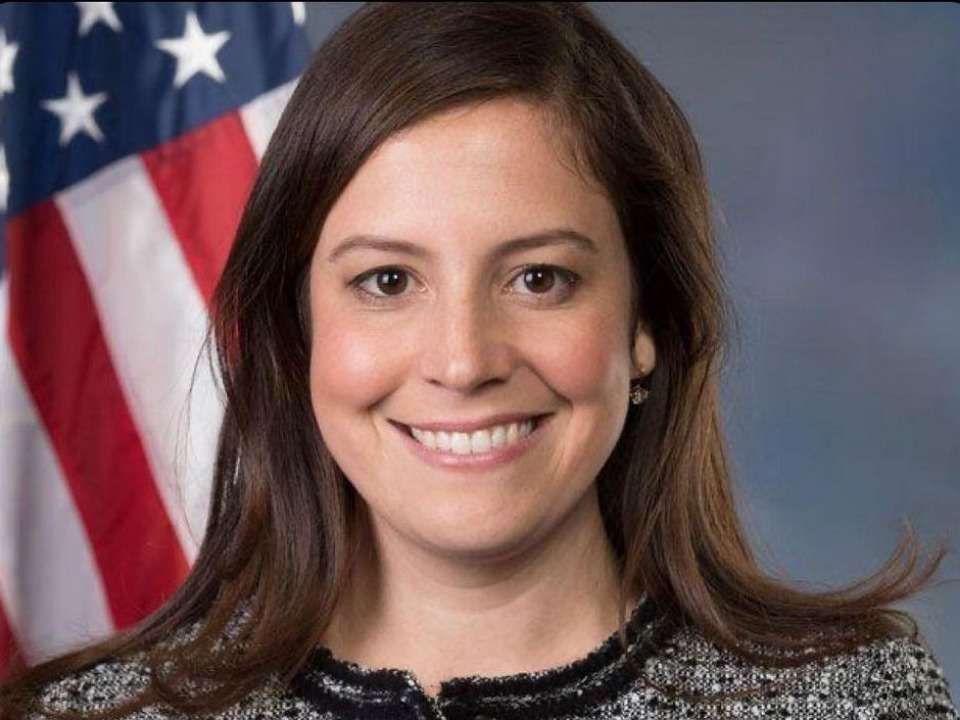 Elise Stefanik is an American Politician and member of the Republican Party serving as the US Representative for New York’s 21st congressional district. Along with that, she is also the Chair of the House Republican Conference. In 2015 she was inducted into Omicron Delta Kappa as an honoris causa initiate at SUNY Plattsburgh.

Elise was born on 2nd July 1984 in Albany, New York, United States of America. The names of her parents are Ken Stefanik and Melanie Stefanik.  At a young age, she was involved in political debates and current affairs. Elise completed her high school education at Albany Academy for Girls. For her higher and further studies she went to Harvard College and graduated with a degree of Bachelors of Arts. In 2004 she was elected as Vice President for Harvard Institute of Politics.

After graduation, she worked for Bush Administration as a staff for the Domestic Policy Council. Later she got an opportunity to work for White House Chief of Staff Joshua Bolten. She also managed Representative Paul Ryan’s debate preparation during the 2012 presidential election. After Ryan’s loss, she began working at her parent’s business. In August 2013 she was declared as a candidate in the 2014 election for the United States House of Representative in New York 21st congressional district. She won the election by defeating Aaron Woolf and Matt Funiciello.

In 2016 she ran for reelection. She supported Donald Trump for president after he won the 2015 Republican Party Presidential primaries. She won the election against Mike Derrick and Matt Funiciello. Next year John Bolton, UN Ambassador endorsed her for reelection because of her work on House Armed Services Committee. In 2018 and 2020 she won the reelections by defeating Tedra Cobb and Lynn Kahn.

In 2021 Trump was upset with her as he lost the 2020 Presidential elections. She was going to get replaced and Liz Cheney might take over her position. Recently on 5th May 2021, she received the endorsement of Trump and House Minority Whip Steve Scalise to replace Cheney as Conference Chair. But she won the Chair of the Republican House Conference position.

In 2020 after Joe Biden won the 2020 Presidential election and Trump refused to agree and made false claims of Fraud. She helped trump overturn the election results. Some of her false comments were raising concern about Dominion Voting System, more than 140,000 votes came from underage and many more false rights–wing conspiracy theories.

This led to a mob of pro-trump supporters storm and creates violence at U.S. Capitol on 6th January 2021. Later in January, she expressed opposition to impeaching Trump over his role in inciting the storming of Capitol. Due to this, she was removed from the Harvard Institute of Politics as she promoted false claims and widespread fraud in the presidential election.

On 19th August 2017, she married Matthew Manda who works in marketing and communications. Later in 2018 she and her husband moved to Schuylerville, New York.

Elise has earned a lot from her political career. She began working in 2015 and has gained a lot of income. According to sources her net worth has been estimated more than $1.5 million. She also donates her income to society and NPOs. The other sources of her income are from sponsors and by attending events.