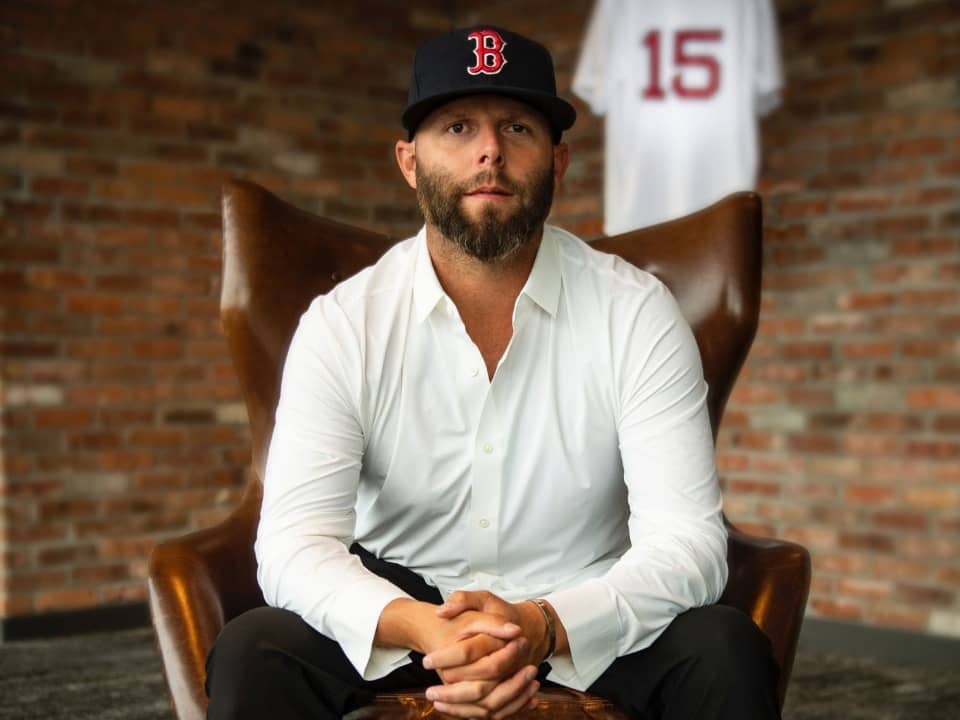 Dustin Luis Pedroia is an American Professional Baseball player who plays at the Second Baseman position in the Major League Baseball. He played for 14 years with the Boston Red Sox team and recently announced his retirement from the sport.

Dustin was born August 17, 1983, in Woodland California, USA. His parents ran a tire shop and worked hard for several hours to make living. He grew up in Woodland with his brother Brett who also played college baseball for Shasta college. His mother Debbie Pedroia is a former tennis player and played for Sacramento city college back in her days. Dustin was born in a Christian family and is of Swizz-Italian-Portuguese ethnicity. He was always active in sports and played football and baseball since he was a kid and currently 37 years old.

Dustin has not shared much about his early education but it is known that he completed his high school education at Woodland High school where he actively involved himself in football and baseball. He played football for a year in his freshmen year and then in the later years, he concentrated on baseball. He later went on to attend Arizona State College for his college studies and was also part of the baseball team.

Dustin started his baseball career in high school where he was part of the school team and in his senior year, he managed to stick on the field the whole season without any strikeouts. He was eventually named the most valuable player of the season. His college baseball career started with the Arizona State Sun Devil’s baseball team as a shortstop player. During his college years, he appeared in all 185 games and maintained an average of 0.384. at the end f his college career he was named the ASU on deck circle’s most valuable player.

In 2004, h was drafted in the MLB draft into Boston Red Sox and played in minor leagues for two years till 2006. He later became a regular player for the team and by 2007, he was regular at the second baseman position. The same year, he won the AL rookie of the year and 2007topps Major league rookie all-star team. In the 2008 season, he performed extraordinarily and even secured a gold glove and was honored as AL MVP. He also became the first-ever Red Sox player to win the Silver Slugger Award. In 2009, he played for the national team of the United States in 2009 World baseball classic but he also had to miss a few leagues due to his wife’s pregnancy.

Later, the same year, he achieved his first-ever multi-home run against a match with Orioles. In the year 2009, he authored a book named Born to play, and later in 2012, he released another book named Wally, the Green Monster’s journey through time about a Red Sox mascot. In 2011, he won a fielding Bible award but the following year, he got injured and broke his left ring finger but still continued playing the season. in 2013, he recovered and completed his 150 games becoming the only red sox player to do so. He also received his third gold glove award and second fielding bible award.

He continued playing in his form next few years winning several awards and also going through several injuries and recoveries. In 2019, returned to play on the injured list, he had to often take rehabilitation breaks, and played fewer games than usual. Later, in 2020 he missed almost the whole season, and marking 2019 as his last MLB playing season, he retired in 2021. He had to retire due to his left knee injury which had caused his performance a major setback. In his honor, he would be inducted into the Boston Red Sox Hall of fame in 2022.

Dustin got involved in a controversy in 2010 when he replied to comments of Umpire joe west saying that if he does not want to do any Red sox vs Yankees games he must tell the union.  He has also previously received a lot of backlash for calling his own hometown a “DUMP”.

Dustin has not shared much about his personal life but is known to be married to his wife Kelli. They have not shared about how and when they met and got married but it is known that they had their first child Dylan in 2009. They had their younger child Cole in 2012 and in 2014 they had Brooks. He is also known to be the nephew of Phil Snow. Dustin is known to be a great lover of the game Cribbage which he used to play with his manager. He is also a great lover of football and follows NFL’s Sacramento Kings and San Francisco 49ers.

Dustin has been playing as an MLB player for 14 years and has earned a lot of wealth over the years. He has majorly sourced his income as a professional baseball player and his estimated net worth as of 2021 is assessed around $25 million.