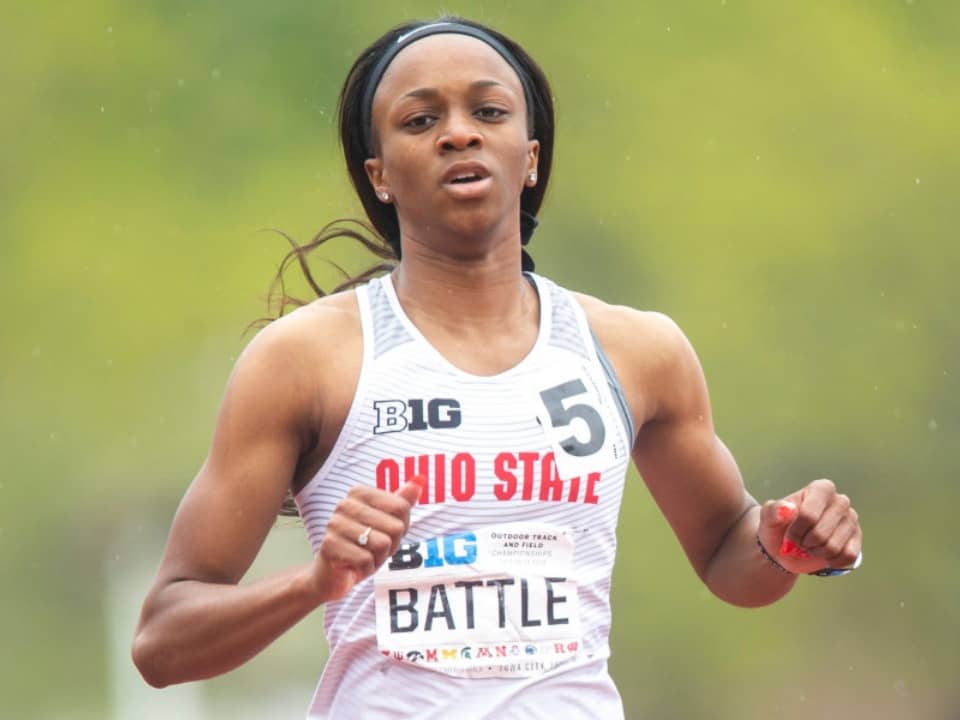 Anavia Battle is a young and beautiful American athlete. She is known to the world as the sprinter who has currently made it to the U.S. Olympic Team in 200 -meter dash. She is an athlete who majors in track and field races which are mostly 200 -meter races. She is expected to gain fame around the world after participating in the 2020 summer Olympics.

Anavia Battle was born on March 28 in 1999. She is the daughter of Antoniette Booze- Battle and her father’s information is not yet known but they both are from Michigan. Anavia was born and raised in Inkster, Michigan in the United States of America. She has three siblings named Mintoria, Antonie, and Montel. As for her education, Battle attended the Wayne Memorial high school. After her high school graduation, she started going to the Ohio State University where she is majoring in the field of Human Development and Family Sciences though she aims to remain a professional racer even after her graduation.

Anavia’s professional career began in 2017 when she entered as a freshman at the Ohio State University. Battle posted a 200 time of 23.04 and 11.51 for 100 time. She won a silver medal at a 200 -meter dash where she made her career-best with 22.94. she then won a 100 -meter dash at the Drake Relays and also at the Jesse Owens Classic. Anavia won second place in a 400- meter relay race at Jim Click Shootout and third place at USC Power 5 Challenge. She placed fourth at UCF Black and Gold Challenge and registered first place in 200 -meter dash at Jim Click Shootout. Anavia finished with her career-best in a 60 -meter best at Buckeye Tune-Up.

She won five individual Big Ten Conference titles and holds school records in indoor and outdoor 200- meter dashes. Anavia has won the Big Ten Track Athlete of Year Title twice and has been a track performer in the Ohio State Team Championship. She has also been the qualifier of the NCAA championship in 2020 where she recorded the nation’s second-fastest time and earned All -America honors but the championship was canceled due to the pandemic. Recently, she qualified for the U.S Olympic team in 200 -meter dash after she finished third in the 200 -meter dash on June 26, 2021, where she completed in 21.95 seconds.

As for her personal life, Anavia is currently single. Anavia is a young girl who is currently focused on building her career. She is not yet ready to get committed to a relationship as she first wants a strong career for herself which would make her an independent woman in the future. She will keep posting updates about her relationship on her social media as soon as she finds one.

As for her net worth, Anavia earns an estimated net worth of $ 500 thousand USD. She earns this huge sum of money as a professional athlete. She is expected to earn more after she gets more opportunities and also after entering the Tokyo Olympics.