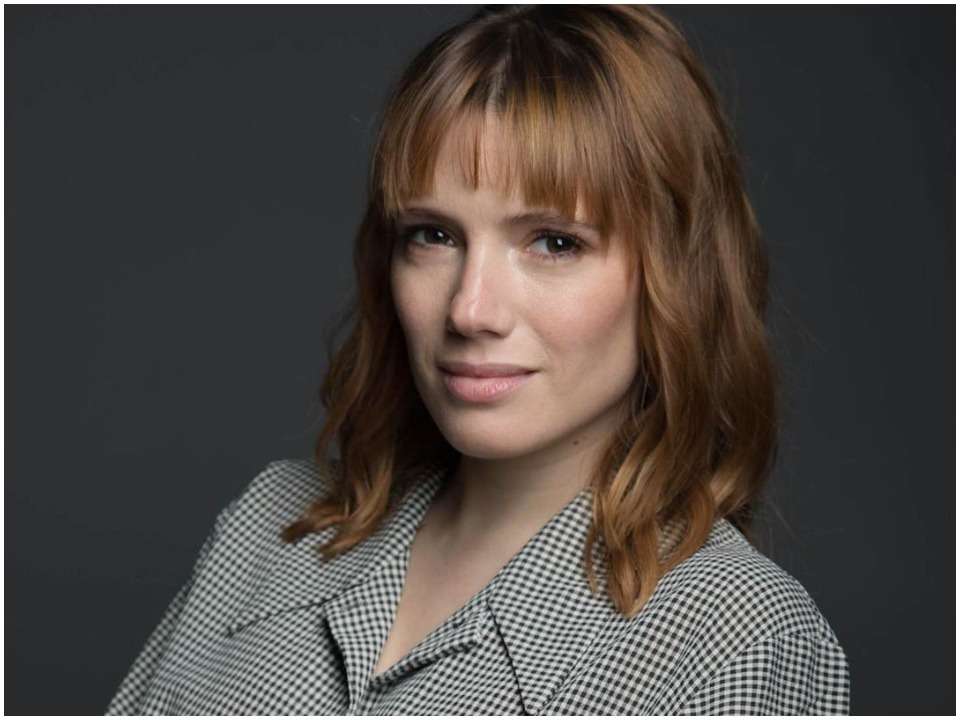 Diana Gomez is a Spanish decent actress. Hailing from Igualada, Catalonia, Spain, where she was born and raised. The actress is mostly popular for appearing in flashback scenes as Tatiana in a worldwide popular Spanish Netflix series called Money Heist. Over the years, Diana Gomez has taken part in various mini-series and TV shows. Majorly as a supporting character.

However, her one major role was as playing the lead in a Spanish comedy TV show called Valerie. In which she played the character of the same name. Her other known works include Habitaciones Cerradas, Bus Story, Pecados, Salvador, Countdown, Los Inocentes, Years of Grace, The High Pressure, What the future holds, Tinder Sorpresa, Virus of Fear, La Tarotista, etc.

Diana Gómez was born on March 7th, 1989. She is currently 32 years old. Since her childhood, Diana always wanted to become a professional actress. Which led her to indulge in some theatre work in Spain where she grew up. Diana Gomez was born in a Christian family. The details about her family are still not clear, mainly due to the actress’s belief in keeping her personal life private. As she always wanted to pursue a career in acting, she focused more on nurturing her acting instead of studying. Due to her passion, she managed to land roles in Spanish-language TV shows when she was only 16. Diana never got time to attend a college to attain her degree. The name of her school is still unknown.

Diana Gomez has always been passionate about acting and dancing. Having been trained in these two activities since she was little. She made her first acting debut on screen in 2006, in a film called Salvador, a Spanish movie. The film was directed and produced by Manyel Huerga. Even though she was cast as a background actor, Diana left her impression. Just a year later, she was able to land a role on La Via Augusta, a Spanish television show from 2007. The drama series also features other well-known names such as Monica Lopez, Francesc Garrido, and Anna Lizaran. She later continued her acting journey with TV shows as El Secreto de Puente Viejo in 2011, the series was broadcast on Antenna. Later Diana Gómez continued with some minor roles as well as some major ones.

Diana Gómez is not married, but she has a boyfriend named Roger Escapa. He works as a professional Journalist. The couple met during a radio promotion since then they have uploaded multiple pictures with each other on their social media pages, being absolute couple goals. Although the couple hasn’t indicated any wedding bells or upcoming engagement announcements.

However, they are always upfront in showing pictures and videos from their long vacation online. As well as making a public appearance together on award shows and ceremonies. Diana Gómez has recently announced she is pregnant with her first baby. With her boyfriend Roger Escapa. The 32 years old actress walked the red carpet with a 7-month-old baby bump. When she made her appearance on the Conde Nast Traveler Awards 2021.

According to some credible sources, Diana Gómez’s net worth is estimated at around 2 million dollars in 2021. The actress is hugely celebrated in the Spanish film industry. Later, her collaboration with Netflix landed her huge fame in Hollywood as well. Her monthly income is estimated at approx. 40,000 dollars. Her prime sources of income were from being cast in Money heist and her own TV show called Valerie.