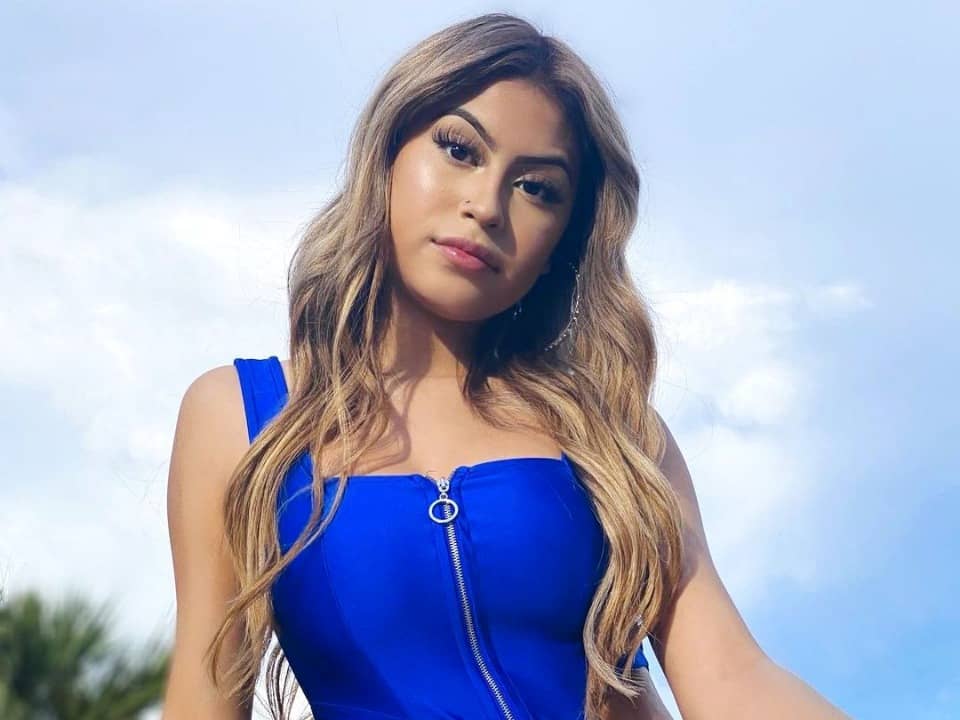 Desiree Montoya is a beautiful Instagram star and a popular social media personality at a very young age. She has more than 1.1 Million followers on Instagram currently. Her rise to success mainly came through her lip-syncing videos on TikTok (earlier known as Musical.ly). Her TikTok username is @dxddy._.desi. She became a YouTuber later and started a collaborative YouTube channel called ‘Diego & Desi’ along with her then-boyfriend Baby Diego but started her own YouTube channel later by her own name after her break up with him.

Desiree was born on 23rd February 2005 in Houston, Texas, United States of America. She has two siblings and both of them are brothers plus she has really good bonding with them and she often posts her pictures with both of them on Instagram. She is still only 15 which makes her just a high school student.

Desiree started her online career with videos related to R&B and hip-hop music. She rose to fame from a lip-syncing video to Tomi Romiti’s hit single “I Know”, which went viral and got lots of attraction. After TikTok, her wings spread to YouTube where she started a channel with her then-boyfriend Baby Diego namely, ‘Diego & Desi’. She started her own YT channel after she broke up with him and named it after herself, ‘Desiree Montoya’, and gained around 209K subscribers currently.

Desiree posts videos related to her skincare routine, her belly piercing, and various challenge-based videos like “Don’t choose the death straw challenge”, “Who knows me better?!! Little brother vs boyfriend, etc. Her Instagram account has as many as 1.1 Million followers and she is as young as 15 years old as of now which in itself is a huge achievement. Her backup account namely, mfkingdesii alone has 343K which alone is a crazy feat that too at this tender age. Desiree’s fans are usually referred to as the Destinators.

Earlier, she dated the social media star, Baby Diego. They even started a YouTube channel together but they eventually broke up and so it shut down. She was also dating Vincent Whitaker recently. However, the relationship lasted only for a short time period.

It is estimated that Desiree’s net worth is around $1 Million Dollars. That would actually be a great net worth at any age and she is again just 15 right now. A bright future seems to be ensured for her already. The various social media platforms serve her as a source of income and it is only increasing over time.