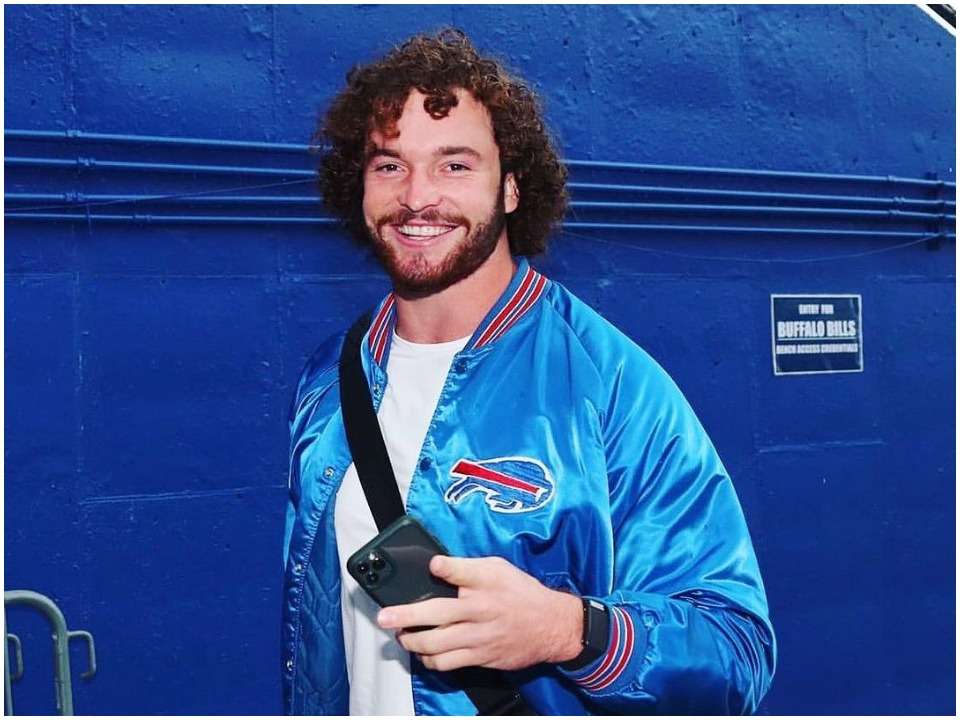 Dawson Knox is an NFL player for the team Buffalo Bills. He has previously played football at Brentwood Academy and the University of Mississippi. His position is as Tight End. The statistics of him as of 2021 consists total of 101 receptions, 1,263 receiving yards, 14 receiving touchdowns, and 13 rushing yards.

Dawson Knox was born on 14th November 1996 in Brentwood, Tennessee, United States of America. The names of his parents are David Knox and Rachel Knox. He also has a brother whose name is Luke Knox. At a young age, he and his brother showed an active interest in various outdoor sports. Dawson went to St. Paul Christian Academy and Brentwood Academy. Over there he played football and also completed his high school education. Later he went to the University of Mississippi (Ole Miss) and played college football with the team.

Dawson played in his high school as a wide receiver and quarterback. He also played only one game during his senior season as he suffered an ankle injury. This was the end of his high school football and the start of college football. In 2015 he joined the University of Mississippi as a walk-on fullback. From 2016-2018 he played at Southeastern conference football. He had a total of 39 receptions, 605 receiving yards, and 15.5 averages. After his junior season, he decided to forgo his senior year and entered the 2019 NFL Draft. He was selected by Buffalo Bills in the third round with the 96th Overall Pick. On 14th June 2019, he signed a rookie contract with the team. Later on 22nd September 2019, he received his first NFL touchdown in a match against Cincinnati Bengals.

He faced ups and downs in his rookie season and scored 28 out of 50 catch targets for 388 yards and 2 touchdowns. On 24th October 2020, he was on the Covid-19/ reserve list as he was tested positive and on 5th November he was off the list. In 2020 he was seen playing in 12 games and started in 7 and has caught 24 passes for 288 yards and three touchdowns. In 2021 he became a prominent part of Bills in passing attack. He was seen playing against New Orleans Saints and many other teams. In his recent match against New England Patriots, he scored an impressive score in the match.

Dawson is currently single. The details about his past or current relationships have not been under the limelight. He also likes to keep his private life away from the media. Along with that he is quite focused on training and spending quality time with his family and friends.

Dawson Knox earns a lot from his football career and has signed a four-year contract with Buffalo bills worth $3,521,600 and also earns an average salary of $880,400. His guaranteed amount at the time of signing is $822,180. According to sources, the exact details about his net worth have not yet been estimated.