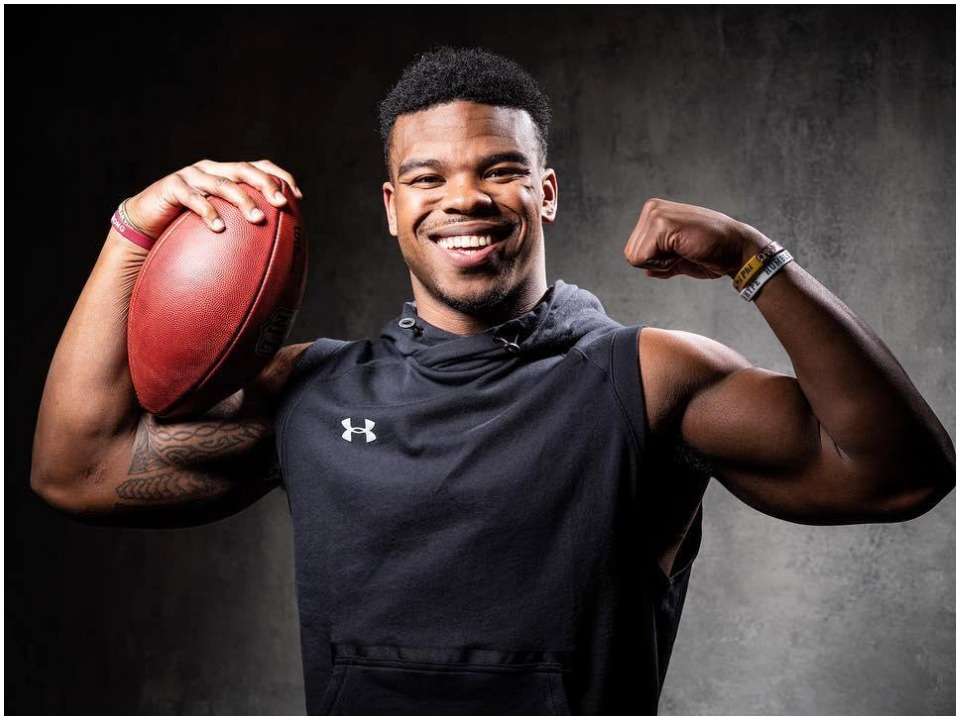 Damien Harris is an American Football player, playing for an NFL team named New England Patriots His position is as a running back. He has been honored with CFP Nation Championship twice in 2015 and 2017. His NFL statistics of his in 2021 is 1,632 rushing yards, 17 rushing touchdowns, 184 receiving yards, and 23 receptions.

Damien Harris was born on 11th February 1997 in Richmond, Kentucky, United States of America. The name of his mother is Lynn Harris while the details about his father have been kept private. He has two younger sisters whose names have not been shared. At a young age, he used to play football with his family and decided to pursue a career in the same. Damien went to Madison Southern High School and completed his high school studies. He also played football for the school team. For his higher and further studies, he went to the University of Alabama.

Damien began his career in football at his high school. He had a score of 6,748 rushing yards with 122 touchdowns. He was eight best overall player in his class. Later he decided to play at the University of Alabama. In 2015 he was a backup to Derrick Henry and a true freshman. He was seen playing in 12 games and rushed for 157 yards on 46 carries. In 2016 Henry left for NFL which made him become Alabama’s starting running back and was able to beat Bo Scarborough. He played various matches against USC, Ole Miss, Kent State, Kentucky, Arkansas, Texas A&M, and many more. His college career was 3,070 rushing yards with 23 touchdowns and 407 receiving yards. He graduated in December 2018. In 2019 he was selected by the New England Patriots in the third round with 87th overall pick of the 2019 NFL Draft.

In week 7, he made his professional debut against the New York Jets. He scored 12 rushing yards of 12 in the 2019 season. In 2020 he was seen playing matches against Kansas City Chiefs, Buffalo Bills, Baltimore Ravens, and many other teams. He finished the season with a score of lead rusher with 691 yards and two touchdowns through 10 games. In the 2021 season, he was the team’s primary starter. He played various matches against Miami Dolphins, Cleveland Browns, Dallas Cowboys, New Orleans Saints, Tampa Bay Buccaneers, New York Jets, and many other teams. Starting with week 8 he might split carries and backup with Rhamondre Stevenson. He has rushing yards of 929 with 15 touchdowns and 132 receiving yards.

Damien Harris is currently in a relationship with Kayla McCarthy as they met in 2017. Kayla is a young and gorgeous woman who has studied Finance and Business Law at Boston University. She is currently working for a firm as a marketing Intern and is quite popular on social media as well. They both post cute and cozy pictures of each other on their social media handle.