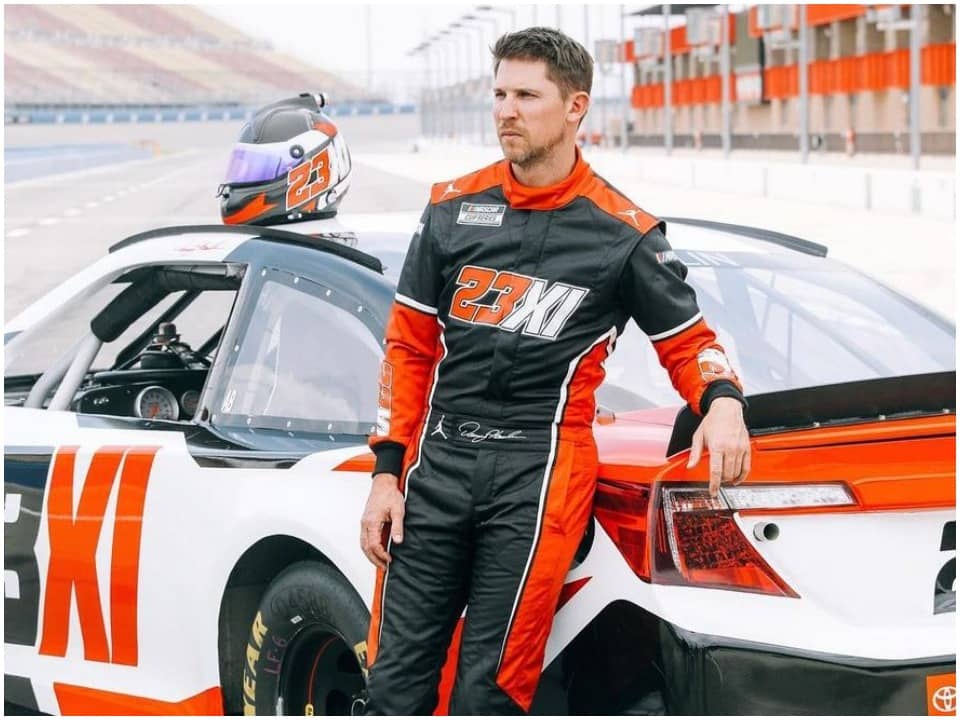 Denny Hamlin is a well-known American racer and NASCAR team owner. He competes at NASCAR with his Toyota Camry among other series and cups. He has several titles to his credit and has a total of 46 Cup series wins.

Denny Hamlin was born on 18th November 1980 in Tampa Bay, Florida, the USA to his parents Mary Lou Hamlin and Dennis Hamlin sr. he grew up in Chesterfield, Virginia, and started racing when he was a kid on go-karts. He is believed to be of white Caucasian ethnicity and a Christian. Denny has not shared much about his education and qualification. Since he was always into racing, he started racing during his early days. He is believed to be a high school graduate but there is no certain information about the college.

Denny Hamlin first started off his career in 2004 when he signed with Joe Gibbs Racing and started racing at the Craftsman Truck Series, Busch series, and Nexel cups. Later in 2006, he started off at the NASCAR Nexel cup series when he was still a rookie. He made two victories and also became the first rookie ever to qualify for NASCAR while also finishing the season with a top 5 position. In 2010, he recorded around 8 races, and was his strongest season as well. By 2015 he started racing at NASCAR regular seasons recording great racing and wins each year. He also won the 2015 NASCAR All-Star race.

Recently in 2020, He along with Michael Jordan launched a new NASCAR cup series team named 23XI racing with Bubba Wallace as the single-car driver. The team debut in the Daytona 500 in February 2021. Currently, the team is set to add two new cars and also driver Kurt Busch for the 2022 season. Moreover, he was also currently in the discussions after his aggressive driving during the Next Gen testing session at the World Center of Racing. His testing was called out to be aggressive and might have led to multiple crashes with other drivers.

Denny is currently married to his wife Jordan Fish. He also has two daughters named Taylor James Hamlin and Molly Gold Hamlin. His elder daughter Taylor was born in 2013 while Molly was born in 2017. The family has been living happily for the past several years however, recently it was reported that the couple is breaking up soon. He is currently settled in Lake Norman, North Carolina.

Denny Hamlin has been racing for several years and has numerous achievements, awards, and titles to his credit through which he has earned a fortune. However, his exact net worth has not been revealed, it is estimated to be around $6million.