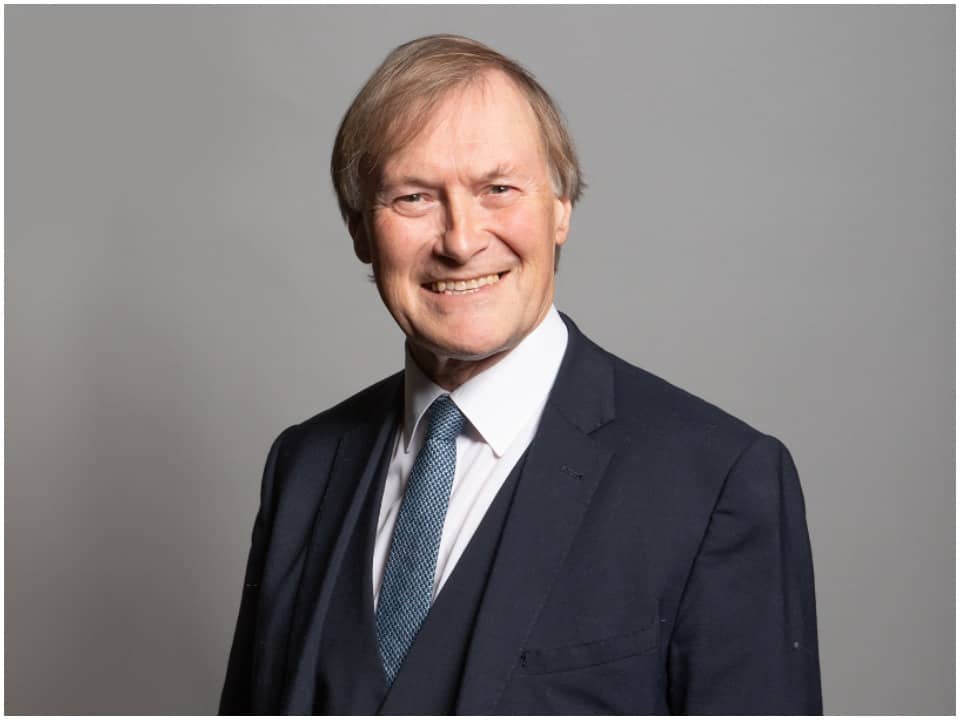 David Amess mostly known as Sir David Anthony Andrew Amess was a British politician. Recently he had been stabbed multiple times while holding a constituency surgery in Leigh-on-sea and died at the scene. He was a member of the parliament for Southend West from 1997 until he was killed in 2021. Previously, he was MP for Basildon from 1983 to 1997. He was also a member of the conservative party.

David Amess was born on 26th March 1952 in Essex and was the son of James Amess and Maud Martin. His father James Amess used to work as an electrician and his mother Maud Martin was a dressmaker. He was brought up as a Roman Catholic. His mother died on 12th October 2016 attaining the maximum age of 104. Amess went to St Anthony’s Junior and Infant School and after this, he studied in St Bonaventure’s Grammar School that is situated in the Forest Gate.

According to Amess, he developed his interest in politics while being at St Bonaventure where he had a speech impediment and also had speech therapy to correct the accent that further made him lose his natural accent for Cockney. Later, he went to Bournemouth College of Technology where he attained a degree in bachelors in economics and government. He was taught in St John Baptist Primary School in Bethnal Green where he continued to study only for one year from 1970-71 and later; he spent a short time as an underwriter while working as a recruitment consultant.

David Amess was born and brought up in Essex where he studied economics and government at a renowned university named Bournemouth University. He pursued a short career in teaching, underwriter, and recruitment consultant before starting his career in politics. In 1982, he was elected as the conservative councilor for Redbridge and later was elected as MP for Basildon in 1983. He also held a seat in the elections of 1992 but the boundary changes made it insupportable and he continued to remain on the position of MP for Southend West in 1997 which he continued to hold till his death in 2021. He held the position of MP for almost 24 years.

While being served in the government positions, his highest position that he served was as Parliament Private Secretary which he remained on the position for almost 10 years. He was an eminent backbencher who was serving as part of the selected committee and was sponsoring various pieces of legislation. He was one of the supporters of the “ban on fox hunting”. His political views were based on the socially conservative aspects which further included the support of capital punishment and Brexit. He belonged to catholic ethnicity and opposed abortion. He married in 1983 and the couple had five children while being together till his death.

David married Julia Arnold with whom he had one son and four daughters. Julia used to work as a part-time caseworker for her husband. His son who was named after him was sentenced to jail for four years in 2005 in the case of smashing a bottle of champagne over the head of a man in the nightclub. The couple had an elder daughter who is named Katie Amess and is an eminent actress in the industry. The Amess Family used to be a pet lover who has owned many animals as pets. In 2016, they rescued a dog-a pug which was named Lily- and numerous fished and wild animals in the garden. In 2021, Lily was shown in the Westminster Dog of the Year Show.

David was a conservative legislature who was the part of constituency surgery that further rendered to the matters of certain local and national importance. He was stabbed multiple times by a person whose identity has been kept private. However, a knife has been recused from the accused person. He was treated in hospital where he was announced dead on Friday, i.e., 15th October 2021.

A 25-year-old man has been accused of murdering the officer who was there at the time of the scene and from whom a knife has been recovered. At a time, he is in custody at an Essex Police station where officers have confirmed that the suspect was the only person behind this suspicious killing and after which they are not looking forward to any other suspect.

David Amess was a member of British Politics who held a net worth of around $2 million at the time of his death. He was estimated to earn an annual salary of around $25,000, as of 2021. He was treated in the hospital after being stabbed multiple times where he was declared dead after an operation was held for him.