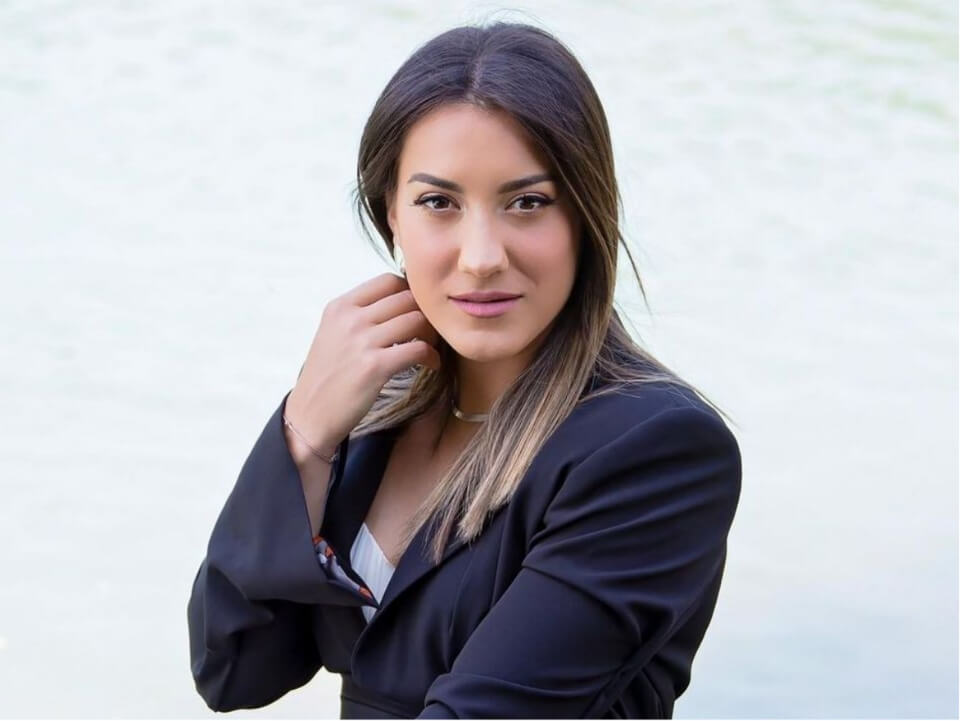 Danka Kovinić is a Montenegrin personality who has developed herself into a professional tennis player. She has been ranked at the world number 46 in singles and world number 67 in the WTA doubles ranking.

Danka Kovinić was born on 18th November 1994 to her father Radenko and her mother Snjezana. She shared her childhood with her two adoring brothers named Aleksa and Luka. The brothers and the sister together share an extremely lovable bond on Instagram. Kovinic’s father Radenko was formerly the owner of a cafe/bar in Cetinje and her mother Snjezana is now a retired kindergarten tutor. The tennis player hardly shares any details regarding her family and their profession. Thus, we could collect only this much information about her family members.

Kovinić became professional in 2010 and first, she began with her WTA Tour tournament (in the singles category) held at Budapest Grand Pix in 2013. With her appearance in the tournament, she became the first Montenegrin to reach the quarterfinals of a WTA event. She earned her first grand slam win in singles at the 2015 French Open and 2015 US Open. For the first time, she reached the finals of the WTA tour at the Tianjin Open, in October 2015. In April 2014, she appeared for the first time in the doubles on the WTA Tour at Bogota. She was paired with Stephanie Vogt and the couple together won the WTA Tour doubles title in July 2015 at Bad Gastein.

In April 2021, while appearing for the Charleston Open, she made her journey to the quarterfinals and defeated the third-seeded Petra Kvitová in straight sets in the round of 16. It was Danka’s third victory over a player who was ranked in the top 10. In the same game, while playing the next round, she defeated 11-seeded Yulia Putintseva and thereby reached her first WTA 500 semi-finals. After that, she defeated 12th seeded Ons Jabeur in straight sets and sought media attention for her energetic and enthusiastic moves. In the final round, she lost the game to Veronika Kudermetova.

At the Australian Open 2022, she appeared against her competitor named Jang Su-Jeong and won the first round. Afterward, she defeated another US Open Champion named Emma Raducanu in three sets and thereby reached the third round. This was one of her best results in the Grand Slam. in the next round, she lost the game while playing against world number 1 Simona Halep. However, with the overall results in the Australian Open 2022, she became the first Montenegro player to reach the third round of a Grand Slam championship.

Danka Kovinić is currently focused on her tennis career. She is not committed to anyone in a romantic way. However, she posts her pictures with her friends and brothers in pubs, roads and while enjoying every bit of the movement of her life. You can find her available on Instagram with her real name and verified account. She is fond of wearing bikinis and has posted lots of pictures with the caption like: “Life is better in a bikini”. She seems to be a nature explorer, a happy-go-lucky personality who adores the beauty of the happy moments in every type of situation- whether she is in uniform playing sports or whether she is in a pub, or in a bikini.

Danka Kovinić is surely earning a good amount of money because of her only profession of tennis. Although she has not given any clue regarding her net worth, she must be endorsed by many commercials and agents. For the moment, Kovinić’s estimated net worth is somewhere around $2 million.