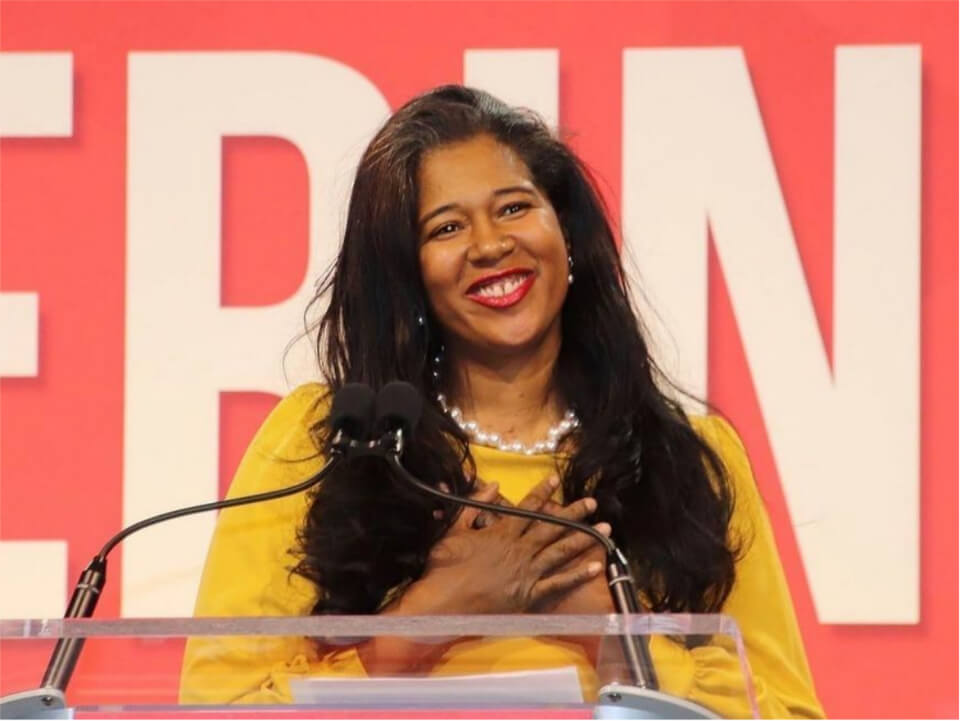 Kristina Karamo is an American personality who belongs to the Republican Party and is most recently (as of 2022) running for the elections for the position of Michigan Secretary of State. She is nominated for the ballot in the general elections on 8th November 2022. Michigan Republican has confirmed that Karamo will be the Party’s secretary of state nominee and will be facing Democratic incumbent Jocelyn Benson on 8th November 2022.

Kristina Karamo is 37 years old so she was born in 1985 and raised in Oakland Park, Michigan. She attended Oakland University from 2007 to 2011 where she received her Bachelor of Arts (B.A.) in Communication and Media studies. During that time, she was a member of SVP, a video club, where she held the position of producing original content. While in the University, she co-hosted and co-produced the series Best Tech on OUTV. Thereafter, she went to BIOLA University, where she received her master’s of arts. She had her M.A. in Christian Apologetics from 2018 to 2020.

Karamo began her professional life as a sales associate in 2005. She worked for a company called Nordstrom. During that time, she held responsibilities in the Men’s Sportswear department. For around 11 months, she worked for Hyku Healthy Marketing based in the Greater Detroit Area. In the company, she held the responsibilities of Field Recruiter. She worked for many other private companies like Midwest Substitute Staffing where she gave 9 months while working as a substitute teacher, O’Reilly Auto Parts as a Merchandiser, and T.A.C.T. Training Solutions as Youth Enrichment Instructor. Most recently, she held the position of a politician as the nominee for Michigan nominee for State and has also been serving as part of the faculty for the companies like My Trivia Live, and Wayne County Community College District.

On 4th July 2022, Kristina Karamo, who was then the Republican nomination for Michigan’s secretary of state, made numerous claims over the ongoing topic of abortion. She stated that abortion is a “satanic practice” and gave her suggestions that demonic possession should be sexually transmitted.

Karamo, who is being supported by former president Donald Trump for the review of her politics-related issues, made numerous controversial statements on her “Its Solid Food Podcast” which was later revealed by the network, CNN. She said,

“The child sacrifice is a very satanic practice, and that’s precisely what abortion is,

Karamo first rose to prominence when she claimed that the 2020 Elections were rigged against former president Donald Trump and revealed that she saw or witnessed the fraudulence going at the TCF Center in Detroit when she was there at the poll challenger. She also said that the 6th January capitol attack was “completely Antifa posing as Trump supporters.”

Kristina Karamo is a happily living married woman who is living in the United States with her small extended family. She is known to have two children with her recent husband. However, the names of her family members including her husband and children are not revealed.

Kristina Karamo is surely earning a good income because of her association with various private segments. Her primary source of income is her association with different professional companies where she has been involved in the faculty, her endorsements, her positions at Michigan State, and her political career. For the moment, Karamo’s estimated net worth is somewhere around $5 million.