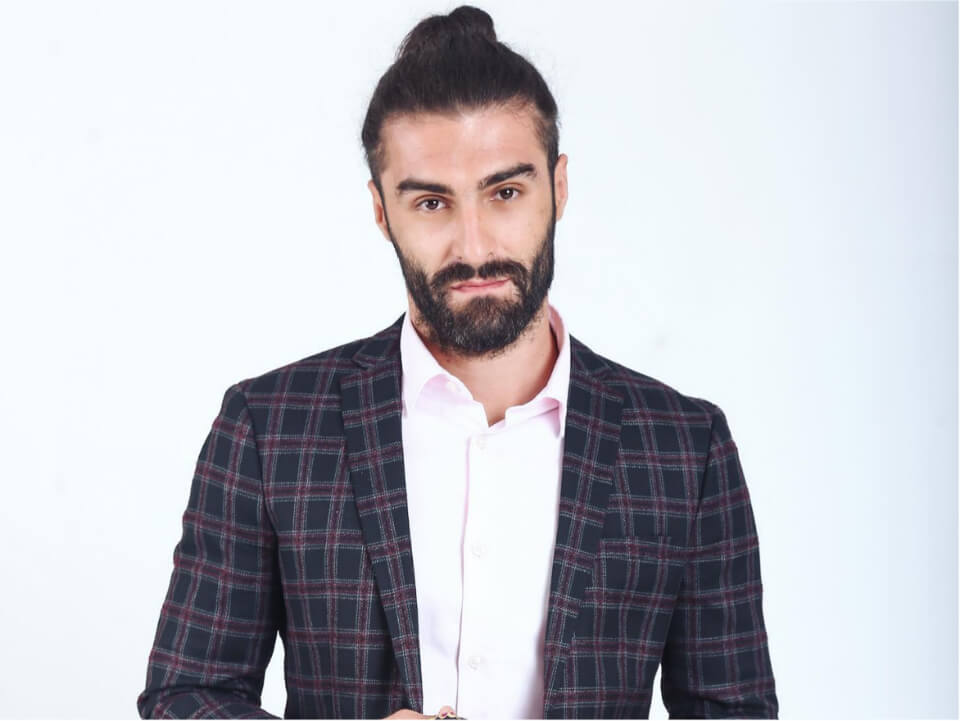 Daniel Nuta is a well-known Romanian male actor and seems like a model. He is also a producer and Film-maker. As a film producer, he worked on several independent short Romanian movies, such as Matilda (2021) and Mihail si Achim (2021). He was also honored with awards in national and international film festivals for his acting skills.

Daniel Nuta was born in 1993 in Bucuresti, Romania. He likes to maintain secrets about his parents, siblings and other family members. Talking about education, he graduated in 2015 from the National University of Theatrical Arts and Cinematography Bucuresti.

Daniel began his acting career at a very young age. He has tried his hands in productions by the name FX production TV-Serie named Tyrant, in 2016. Later, he appeared in the famous Music Video Carla’s Dreams: Praf de stele (2018), which Roman Burlaca directed. He also worked in TV-Series Sacrificial (2019-2020). Later, he appeared in the 2021 TV-Series Adela and played the role of Lucian.

In June 2022, he appeared in the horror drama Watcher, directed by Chloe Okuno. He portrays the role of Cristian along with the Stars cast – Maika Monroe, Karl Glusman, and Burn Gorman. Later, he was also seen in the Romanian comedy-drama – “Last Tango in Constanta”, directed by Robert Eugen Popa in August 2022. This film also won awards for Best Screenplay and Best Cinematography in film festivals. In the movie, he was seen in the role of Hipster along with the Stars cast – Elias Ferkin, Dorin Andone, and Crenguta Hariton.

In December 2022, he was featured in various films. He worked with the Production company – Cinemagix for the film Gata Oricând!, which was directed by Sergiu Prodan and co-directed by Barbu Silviu Tripadus (English Title – Ready Anytime!: Part One – The Heroes at Jiului Bridge). Daniel was seen with the Stars cast – Liviu Cheloiu, Emanuel Cercelaru, and Robert Cercelaru. He also worked in the Netflix Turkish film Rise of Empires: Ottoman. He played the role of Prince Vlad Dracula.

Daniel is a kind-hearted and generous person. He supports “Together for Humanity”, Charity Organization for children ❤️. On his Instagram account on 16th December, he invited people to help with Christmas presents for 700 children from 9 villages. He also supported Cinematographic Creation Camps for 5 – 18 years children organized by “Buftea Studios” Academy Private School for Film Courses and Theater.

Daniel is active on social media platforms such as Facebook and Instagram. As of 2022, he has 42.7k Followers @imdanielnuta on his verified Instagram account. He has received nearly 4.4k followers on his Facebook account. He regularly posts and shares pictures of his work in the entertainment and film industries. Recently, he went to Radio3net, where he talked about his upcoming 2023 projects, especially “Rise of Empires: Ottomans”, Season 2.

Daniel Nuta is not a married man. He likes to maintain secrets about his relationship. As of 2022, He is focusing on his career as a film producer and working on his upcoming film projects.

Daniel is recognized for his incredible acting talent work in different types of films. He earned from his acting career promoting brands on social media and giveaways. Daniel Nuta earned an estimated net worth of around $ 5 Million.