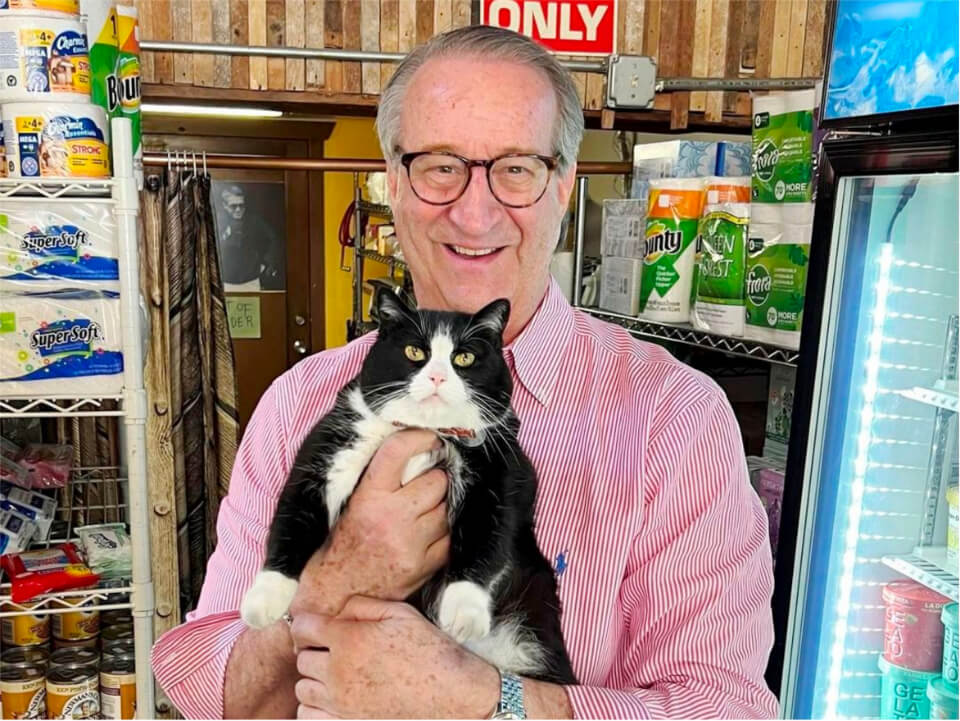 Mark Rosen is an American T.V. and radio personality. He worked as a reporter, anchor, and director for WCCO-TV for many years and later retired in January 2019. Rosen was a happily married man. But his wife died because of cancer. As of 29th December, he announced his engagement to Vikings executive Karin Nelsen. Karin is nearly 55 or 60 years old, and Mark is almost 70. The announcement was made on 28th December 2022 on the Twitter handle of Mark himself. Mark shared the image of the two with the bottle of wine in his hand.

Mark Rosen was born in 1952 and grew up in St. Louis Park, Minnesota. His father Joseph Rosen worked as a distributor while his mother was Doris Rosen. His mother Doris died on 16th September 2013 while his father died earlier. Talking about his siblings then he has two sisters Gwen Bloom and Barbara Rosen.

As per various sources, He has spent nearly 50 years at WCCO-TV working as a reporter, anchor, and sports director. He left W.C.C.O. in January 2019. He was yet to complete high school when he joined WCCO-TV. When his position was converted to full-time mode, he attended the University of Minnesota. The time went on, and Mark was promoted to the weekend sports anchor position. He worked on the “Rashad-Rosen Report”, combining with Vikings wide receiver Ahmed Rashad. The two worked on Sunday night shows together, and their show was aired on WCCO-YTV until 2016, starting in 1981. After his retirement in 2019, he regularly hosts the K.F.A.N. radio and appears on the “power trip” show.

On 23rd August 2022, Fox9 announced that the legendary sportscaster would be joining their program coverage for the Minnesota Vikings. It was also announced that Mark would serve as the guest host for the channel’s Vikings Gameday Live and join the other cast Dawn Mitchell, Ron Johnson, Ben Leber, and Pete Bercich, for the Live broadcast. Rosen also gave his contribution to K.F.A.N. since his retirement but has yet to be on T.V. regularly.

Mark has been named the Best T.V. Sportscaster for the city pages several times and was also inducted into the Hall of Fame. While working at WCCO-TV, he also won many regional Emmy awards. He was also honored with the book “Best Seat in the House”, published in late March 2012. The book describes everything beginning from his early years at WCCO-TV and his favorite interviews. He is an active member of the Board of Directors for Children’s Heartlink and the A.C.E.S. Foundation.

Mark Rosen married Denise Rosen in 1977 and Denise passed away on 30th August 2021 after battling cancer. She had had brain cancer for a long time. Mark Rosen himself posted the news on Twitter, saying that his wife passed away “peacefully”. Denis Rosen was diagnosed with Glioblastoma in July of 2018, and eventually, Mark stepped away from his continued job at W.C.C.O. to give support and love to his wife.

Karin Nelsen, Mark’s recent fiance, began her professional life in 1987 while working as an Auditor for Touche Ross. she has studied at Minnesota State University, Mankato, and the University of Iowa College of Law. she has majored in Bachelor of Science in Accounting.

Mark Rosen is earning well because of his 50 years of experience at WCCO-TV and the radio shows. He might hold a net worth of around $3 to $5 million.