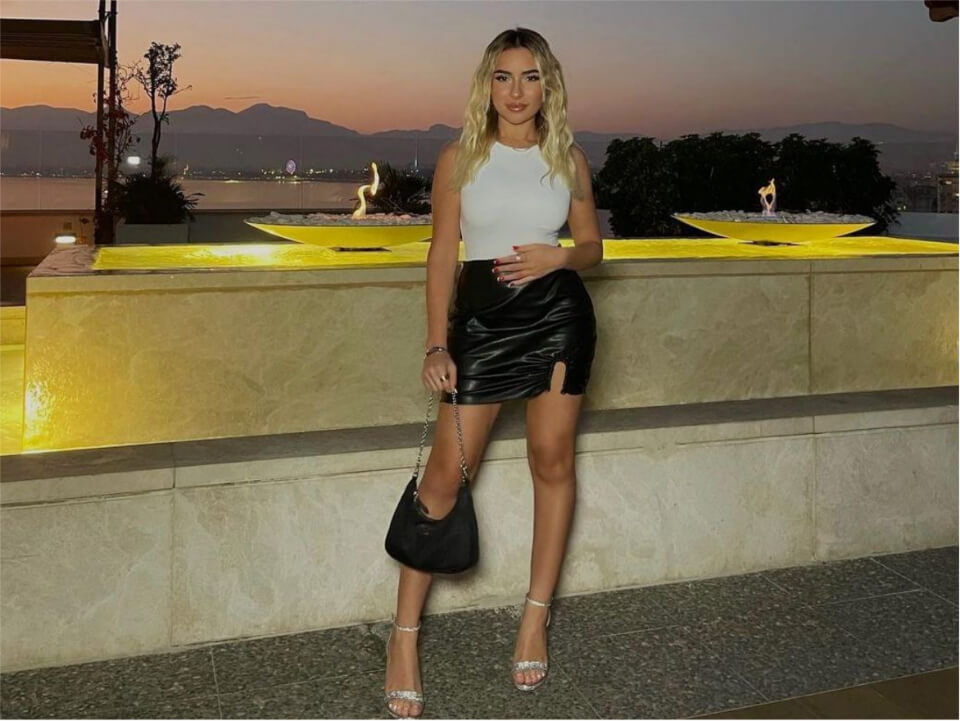 Sofiya Guliyeva is a famous TikTok star. She makes sensational, updated, and thrilling content on her social media and seeks money out of the same work. She is a Dubai-based influencer and as per the various sources, she is known to be the owner of a Dubai-based casino. In December 2022, rumors arose that she had been dating her video-mate Andrew Tate, who has been further linked with many other girls in his life. Andrew is a 36 years old man who is quite often caught headlines because of his controversial statements and actions.

Sofiya Guliyeva was born in 2000 in Toronto, Canada, making her only 22 years old as of 2022. However, she doesn’t share the identity of her parents and siblings in the media. Talking about her education, she completed her schooling. Later, she shifted to Antalya, Turkey, where she lives and presently works.

Sofiya is a well-known social media personality and seems like a model. She has developed herself into a renowned TikTok Star. In November 2022, she began uploading trending TikTok videos, such as the ‘Sensual Seduction’ with Andrew Tate in Dubai, on her @sofiya.guliyeva TikTok account. She refers to her as “Baby G” in her videos’ captions about Tate’s nickname “Top G.” The two were said to be “fighting the matrix,” as per Guliyeva.

Most of her videos are being praised by the audiences or the people who already know her. She has made many of her duet videos with a boy named Andrew, who further faces allegations and was banned from all major social media platforms. Her first TikTok video was uploaded on 10th February 2022, in which she showed off the Turkish city of Antalya. On 19th March, she uploaded her next video, earning roughly 1.1 million plays and 30,600 likes in 8 months.

In the middle of 2022, Sofiya began uploading duets with Andrew Tate-related content. This first happened with a TikTok uploaded on 9th July 2022. On 11th July, Guliyeva uploaded a similar TikTok that received massive attention, gaining roughly 5.3 million plays and 445,700 likes in just four months. It is not known whether the pair is still in contact or when they began communicating with each other and began working on their duet videos.

Moreover, as per the various sources, it is revealed that Tate noticed her on TikTok performing a number of duets. This is where he developed his interest in her and approached her for a duet video. On 23rd October 2022, she uploaded a TikTok, which revealed that she had arrived in Dubai from Antalya as Tate was living in Dubai. Andrew Tate was born in the US but came to live in Britain at just four years old.

He now lives in Romania and as per the sources, it is revealed that he had made a lot of money because of cryptocurrency and related investments. Because of this, he was opening his chain of casinos with his brother Tristan. He regularly produces inflammatory content, and his content was banned from all major social media platforms in August 2022.

Sofiya is the kind of person who likes to keep her relationship status private from the public. Despite various duets with different personalities, it is unknown whether Sofiya is involved in any love relationship. Although Sofiya is well-known because of her single and various sensational videos, she has been seen several times with her ex-mate Andrew Tate in 2022. It was reported that she had been dating him because once she mentioned herself in one of her videos that she is “Baby G” which immediately gave a sense to the fans of “Top G”, i.e, Andrew that they could be in a relationship.

Sofiya Guliyeva is a stylish influencer on social media platforms. She earns basically from her influencing videos and engaging content on various social media profiles. She earned an estimated net worth of around to be $1 Million.