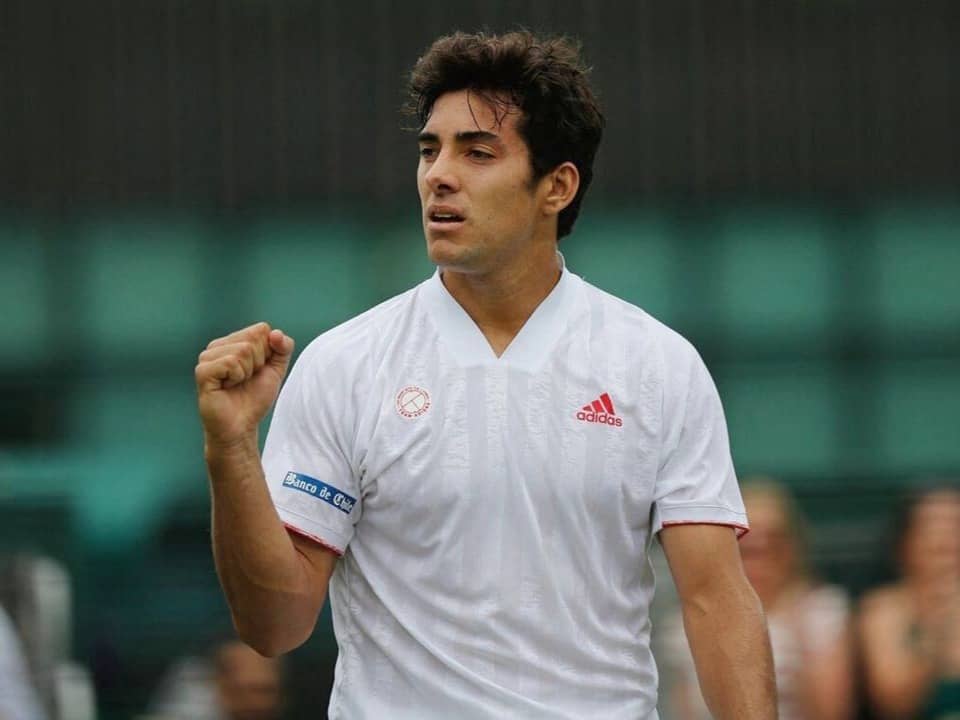 Cristian Ignacio Garín Medone or popularly known as Cristian Garin is a Chilean professional tennis player. In this Spanish, the first or paternal surname is Garín and the second or maternal family name is Medone. He is also known by his nicknames ‘gago’ and ‘tatan’ He had made great records in his teenage only and the most prominent one is that he is the youngest Chilean player to win a high-level ATP match, and thus achieving great heights at a very young age.

Cristian Garin was born and raised in Santiago, Chile, thus he is a Chilean. He was born on 30th May 1996 to MR. Sergio Garin and MRS. Anna Claudia Medone and also has a younger brother and only sibling Sebastian Antonio Garin Medone. Apart from playing tennis he also loves watching national basketball association (NBA) matches and he also loves spending quality time and chill out with his friends. He loves eating sushi and pizza.

The traits regarding his education and qualification are as follows, he did his schooling at an athletic study center and Colegio Alcazar de las Condes both of these institutions are situated in chile. He focused on sports especially tennis during his schooling and he managed his schooling and sports in such a synchronized way that he scored good grades in school, and he also became the youngest Chilean player to win a high-level ATP.

He started his professional tennis matches when he was 16 years and 8 months old talking about his career as a child In 2010, Garín won the U14 world championship with Bastián Malla and Sebastián Santibáñez, defeating Italy in the final. The next year, at 14 years old, Garín won his first ITF Junior title at the Pascuas Bowl, a Grade 5 tournament. Just at 16 years of age, he broke top ten in the ITF Junior Rankings after defeating Eddie Herr in the singles. By partnering with Nicolas Jarry, the pair claimed victory in doubles and Orange Bowl Doubles as well in 2012.

At the 2013 French Open, Garín reached his first Junior Grand Slam finals in both singles and doubles. He dropped only one set on his way to the singles final, meeting Alexander Zverev Jr. of Germany who he defeated in straight sets to win his first Junior Grand Slam title. In the doubles event, partnered by fellow Chilean Nicolás Jarry, they faced Kyle Edmund of Great Britain, and PortugueseFrederico Ferreira Silva, to whom they lost in two sets.

He doesn’t post regularly on Instagram and whenever he posts most of the photos are taken on the field. To date, he has just posted 88 photos and he has a follower count of 164K and most importantly he is verified on Instagram(@garincris). The same does not apply for Twitter he tweets often and he has 25.5K followers on Twitter however he is not verified over there.

As of now, Cristian is not married however, he is dating a girl named Valeria Polesel, who is a native of Chile. She is a law student but, some sources claim that they have broken up but no full-proof could be found anywhere.  Further, no past records related to his ex-girlfriends could be spotted on socials as well as the web.

He generates money through promoting brands, sponsorships, and tennis tournaments. His monthly salary turns out to be $ 2,178,485. Moreover, he has a net worth of $2-$4 million.