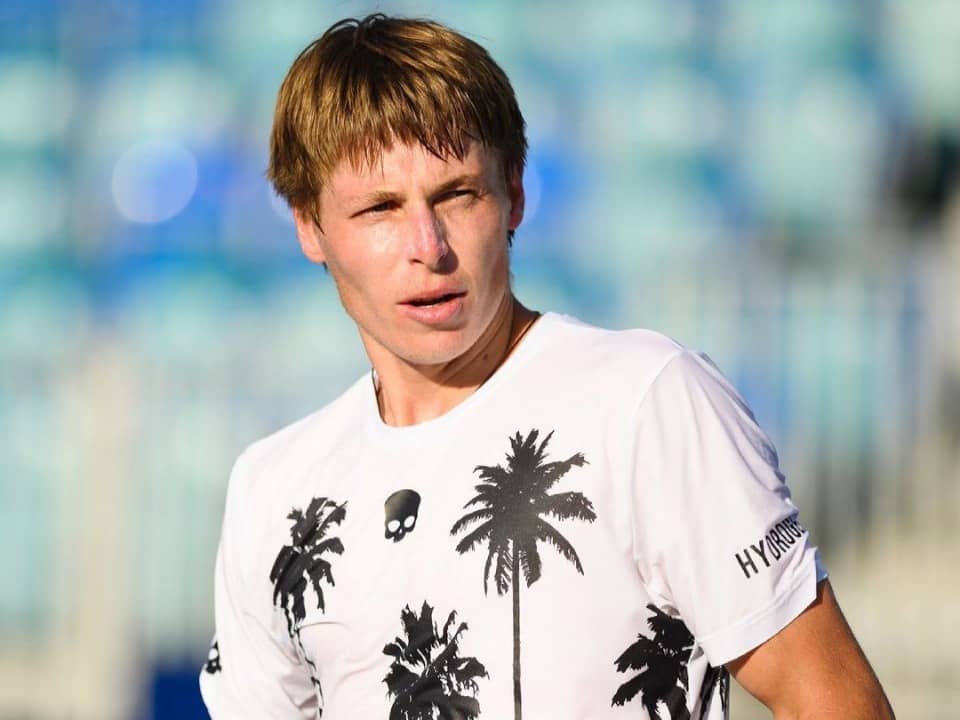 Ilya Ivashka is a Belarusian tennis player who ranks at no. nine in career-high singles of ATP.  IF we take a look at doubles career-high ATP ranking then he achieved No. 340 and has won 5 ITF singles titles and 3 ITF doubles titles. In Davis Cup, Ivashka has represented the Belarusian Tennis team and has a W/L record of 9–8.

Ilya was born on 24th February 1994 in Minsk, Belarus to his Father, Uladzimir, and mother, Anzhela. He also has a brother Aleksi Ivashka. He started playing tennis when he was just 5 years old and got inspired by his father. During his childhood, he was interested in playing FIFA and also used to enjoy watching football and reading books. He entered the top 150 when he hit a career-high ranking of No. 147 on 26 February 2018 after reaching as a qualifier the semi-finals of open 13 in Marseille. He became the first Belarusian tour-level semi-finalist since Max Mirnyi at 2005 Rotterdam.

He entered the top 100 on 13 August 2018 after a third-round run also as a qualifier for the first time in his career at a Masters 1000 level at the Canadian Opens. In 2021, Ilya reached his second semi-final at the 2021 BMW Opens in Munich as a qualifier. He also qualified and reached the quarterfinals at the 2021 Eastbourne International defeating Alexei Popyrin. At a career-high of World No. 79 achieved on 28 June 2021, on his debut in the main draw of the Wimbledon Championships, Ivashka reached the fourth round at any Grand Slam for the first time in his career defeating Jordon Thompson in straight sets.

Ilya is married to the sister of Veronika Shakliaeva who is the wife of Karen Khachanov. Karen is Ilya’s fellow tennis player and also his brother-in-law. Ilya Ivashka is present on Instagram under the username @ilyaivashka and 4.6k people follow him. He is also active on Facebook but not uses Twitter.

Ilya Ivashka is one of the richest Tennis players from Belarus and has amassed a massive amount of worth from his so far career. His income source is mostly from being a successful Player and his net worth is estimated to be $1.5 Million in 2021.