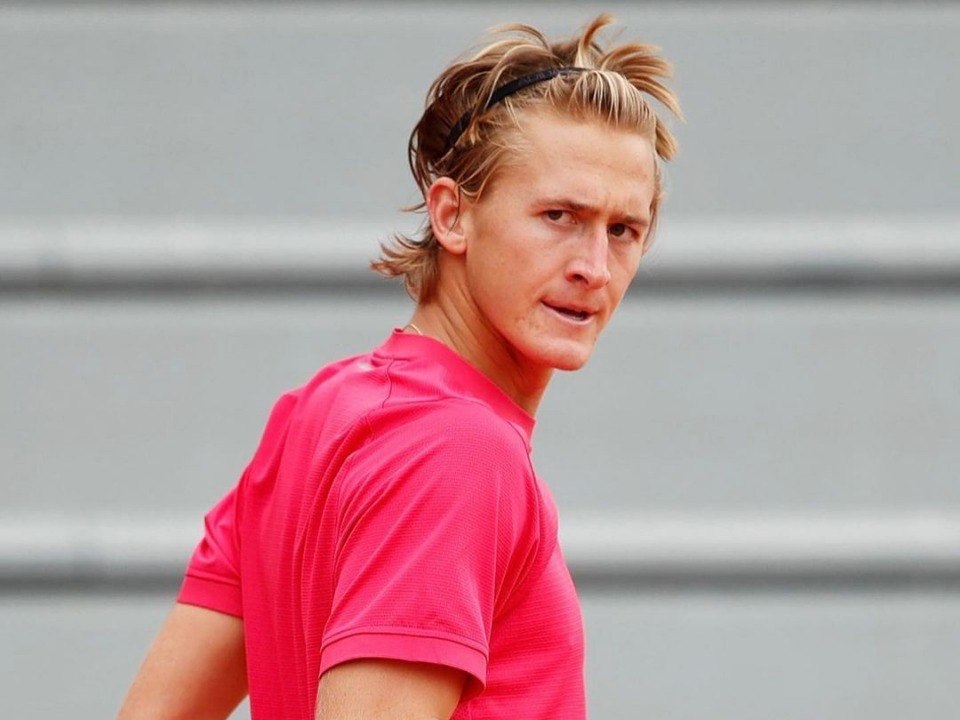 Sebastian Korda is an American professional Tennis player. On 31st May 2021, he achieved a career-high ATP singles ranking of No. 50. He is the winner of the Junior title at the 2018 Australian Cup.

Sabastian Korda was born on 5th July 2000 in Bradenton, Florida US. His family is highly talented in sports. His father Petr is an extremely well-known tennis player that was no.2 in the world in 1998 and he won the Australian Open in the same year. Sebastian’s mother was also a professional player that had a world no. 26 high rank. She reached the 4th round at the US Open in both 1989 and 1991.

He has 2 elder sisters Jessica and Nelly who are both LPGA Golf professionals. Sabastian used to play ice hockey when he was just 3 years old but at the age of 9, he switched to tennis after seeing his father competing in the 2009 US Opens. He also played golf and won a golf tournament at 11 in Prague, in which his sister Nelly also competed. However, he decided to continue his career as a tennis player.

Sabastian made his professional ATP main draw career debut in 2018 New York open as a wild card entry. Then he made his Masters 1000 debut as a qualifier at the warm-up Western & Southern Open tournament and his Grand Slam debut as a wildcard at the US Open where he was defeated by Denis Shapovalov. In 2021, Korda reached his first ATP final at the Delray Beach Open but lost to Hubert Herkacz. Korda made another breakthrough run at the Miami Masters, where he reached his first Masters 1000 quarterfinal.

He lifted his first career ATP Tour singles title at the Emilia-Romagna Open in May 2021 by beating Marco in the final. As a result of this successful run, he reached a new career-high of No. 50 on 31 May 2021. In June he played Halle Open, which was his first-ever ATP event on the grass and a week later Korda reached the third round for the first time in his career at the Wimbledon Championships.

Sebastian’s marital status is unmarried and up to now, there are no reports about him having any girlfriend available in the mainstream media. Also on his Instagram, there is no such evidence of it. Sabastian is present on social media. He has 50.7k followers on Instagram (@sebastiankorda) and 9.8k on Twitter (@sebikorda). He is not on Facebook.

He is an American professional tennis player who has a net worth of $1.16 million USD. He earned a total salary of $5,682 USD, which may include businesses, sponsorships, and promotions.