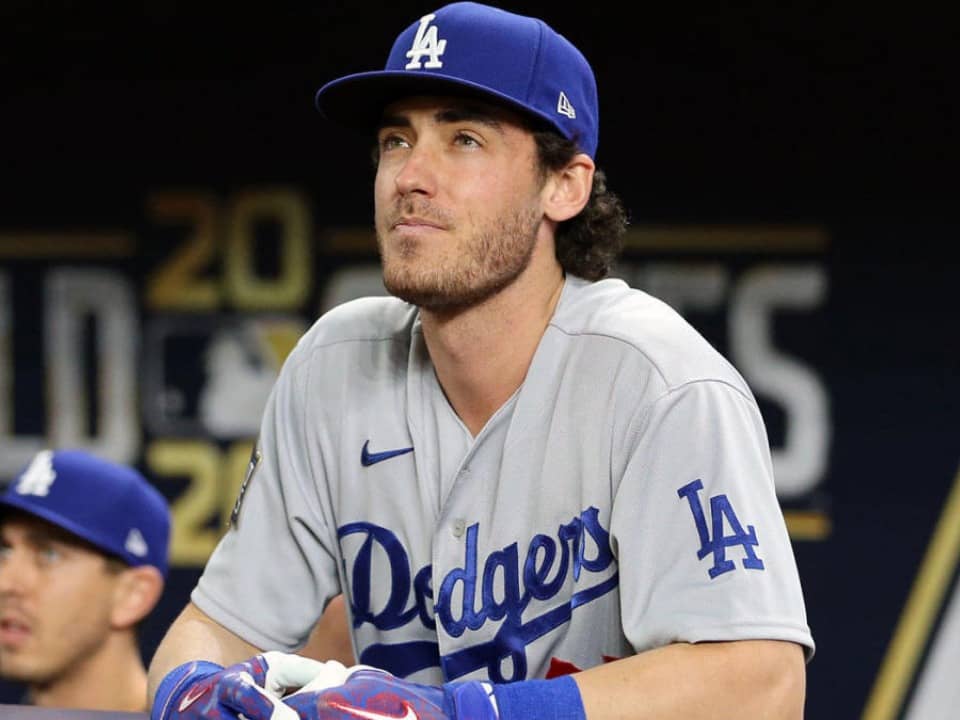 Cody James Bellinger is an American Baseball player who currently plays at the position of Outfielder with the Los Angeles Dodgers at the MLB. He was drafted in the year 2013 and made his debut in 2017.

Cody Bellinger was born on 13th July 1995 in Scottsdale, Arizona, USA. He grew up in Chandler with his family and is known to be a huge Yankees fan since he was a child. He was born in a Christian family and belongs to French, German, and Greek heritage. His father Clay Bellinger is known to be a former MLB player but much is not known about his mother. He is also known to have a brother named Cole Bellinger who is also a baseball player currently playing for San Diego Padres. Cody completed his high school graduation from Hamilton high school in Chandler where he was also part of the school baseball team. He is not known to have joined any college or pursued college baseball.

Cody started his career in high school where he was part of the school team. In 2007, he also played at the Little League world series for the Chandler team. He was known for his hitting skills and pitching during the years. In 2013, he was the Rawlings-Perfect Game 2nd Team All-American and the same year he went on as a prospect for MLB draft 2013. He was drafted by Los Angeles Dodgers In the 4th round and he started playing minor leagues. His first match was with Arizona League Dodgers and in 2014, he was promoted to Ogden Raptures. He also played with Rancho Cucamonga Quakes in 2015 and was selected in the California League all-star team. Cody played the 2016 season with Texas League and in 2017, he played for Oklahoma City Dodgers and finally got selected in the Major team the same year.

He turned professional in 2017 and he debuted against San Francisco Giants and became the National League Rookie of the year. Cody maintained his great form the following season as well and in the 2019 season, he became the Fielding Bible Awardee and Rawlings Golden Glove Awardee. The 2020 season was cut short due to COVID 19 but he again maintained his game and performed well and signed one year contract with the team again. However, in 2021, he suffered a hairline fracture in his left fibula and could not play for a few months but returned with amazing performance recording grand slams and helping the team win against the Philadelphia Phillies.

Cody has not shared much about his personal life and relationships but he is currently known to be in a relationship with his girlfriend named Chase Carter. She is known to be a famous model from the Bahamas and they have been dating since 2020. She often attended his games and has often posted pictures with each other on social media. They also revealed that they are expecting their first child in mid-2021. Cody currently enjoys a following of 926k on his Instagram account while on his Twitter he has a total of 206k followers. He is not known to be on any other social media platforms.

Cody Bellinger has been playing baseball for several years and has been earning a lot of income as a professional baseball player. His estimated net worth as of 2021 is around $3million.