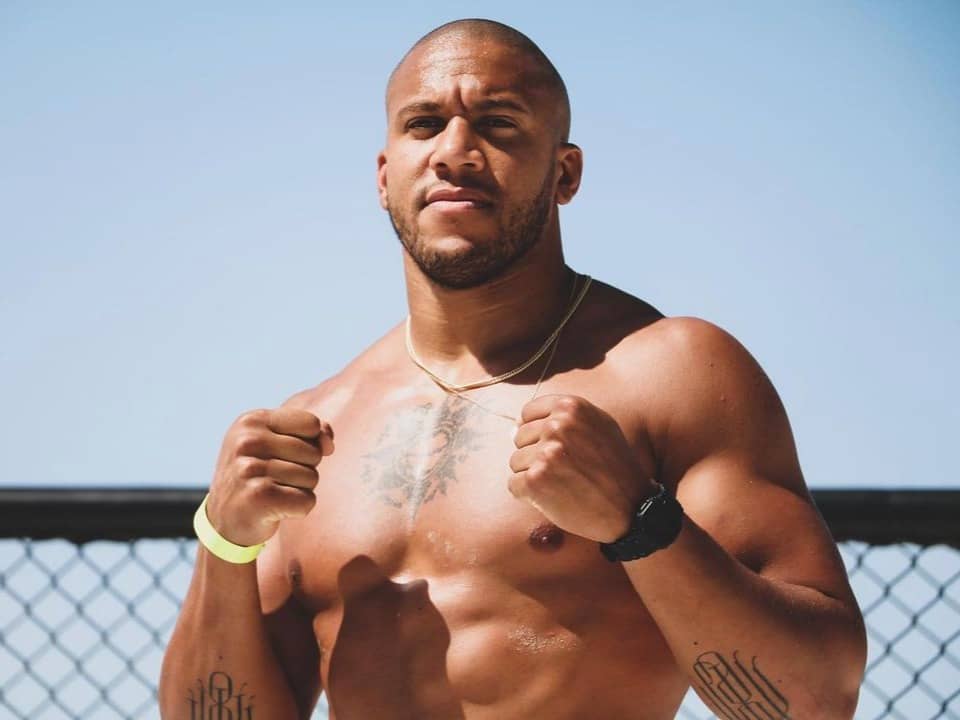 Ciryl Jacky Gane also known as Bon Gamin is a French Mixed Martial Artist who is famously known to compete in the Ultimate fighting Championships as a heavyweight champion. He is currently ranked at the top third position at UFC.

Ciryl was born on April 12th, 1990, in La Roche Sur Yon, France. He grew up in France with his parents whose names have not been disclosed. Ciryl has always been athletic and used to play basketball in the early days. He is not known to have any siblings and is believed to be a single child. He is currently 31 years old.

Ciryl has not shared anything about his education and qualifications but he is believed to be a high school graduate from a local school in France. Although there is no information about whether he attended college, he is known to have studied BTS management. He has been trained professionally in Muay Thai martial arts.

Ciryl started his career as a Muay Thai Martial artist in 2016 and played his first match at the AFMT Muay Thai tournament against Jeremy Jeanne and later went on to win the AFMT National 201 lbs tournament against several tough players. His MMA career started in 2018 and won his debut match at the TKO Heavyweight Championship against Bobby Sullivan. Following this, he went on to win three consecutive TKO titles. The next year in 2019, he made his professional debut in the Ultimate Fighting Championship against Rafael Pessoa and recording his first UFC win.

He later also won against Don’Tale Mayes at the UFC fight night: Maia vs Askren and received the Performance of the night Honour. Later, he also won against Tanner Boser in another event. In 2020, he suffered an injury due to being hit on his Pneumothorax during training which led to him pulling out of the UFC 249 tournament 2020. He was scheduled to fight against Shamil Abdurakhimov in 2020 UFC 249 but the match was rescheduled due to his injury. Ever since the match has been rescheduled four times until it finally got canceled.

Later, in UFC 256, he won against Junior Dos Santos and in the next match at UFC fight night 186, he secured a win against Jairzinho Rozenstruik. Till now, in his career, he has played 8 matches as a professional MMA fighter and has managed to win every single one of them. his fighting style for Mixed Martial arts is a combination of Muay Thai and Kickboxing. He is now set to face Alexander Volkov in the upcoming match at UFC fight night 190.

Ciryl is currently known to be single and is not in any relationships. He has been single for quite a long time and there is no information about his previous relationships as well and like to keep his personal life separate from his professional life. Ciryl has put all his focus towards building his career. He is based in Paris, France, and is settled there.

Ciryl is known to be on Twitter since 2018 and he currently has 18.6k followers whereas, on his Facebook page, he currently has a reach of over 27k people. On his Instagram account, he currently has a total of 124k followers and shares pictures from his training, snippets of his match, and upcoming updates. He has kept all his social profiles very professional and does not share much about his personal life.  He does not have any other accounts like Snapchat.

Ciryl has been a Muay Thai champion and now a successful MMA fighter from which he earns around $50,000 for every fight. He has majorly sourced his income through his career as an MMA fighter and has earned a lot of wealth and added income through endorsements and advertisements. His estimated net worth as of 2021 is around $6million.