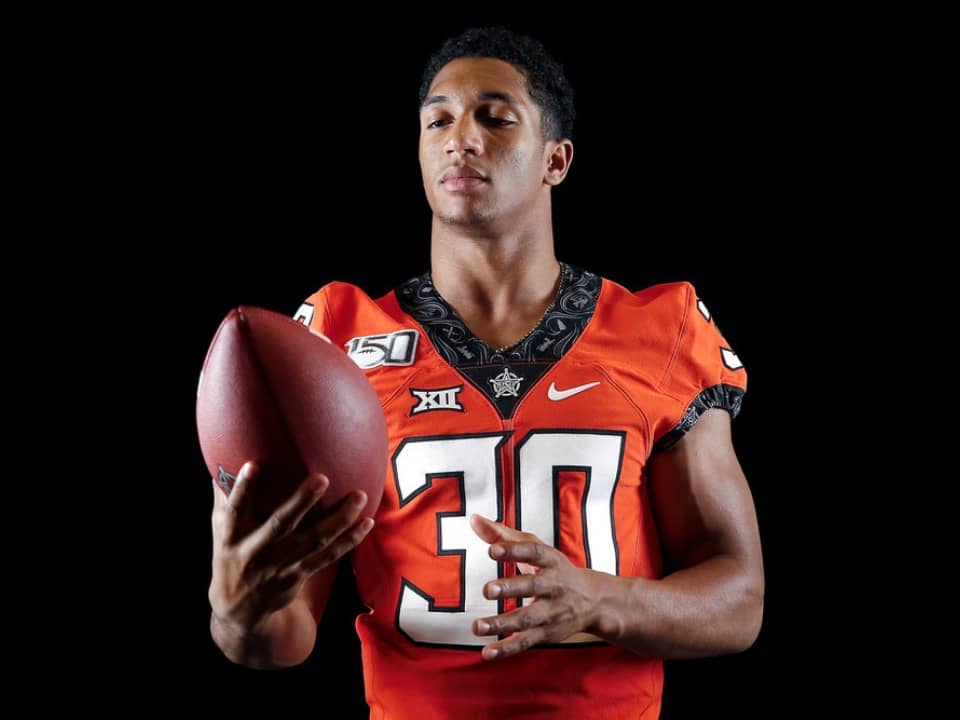 Chuba Hubbard is a young and talented Canadian professional American Footballer and is currently playing for Carolina Panthers, an NFL team. His position is a Running back. In 2019 he won the Jon Cornish Trophy and was a highlight of Big 12 offensive player of the year. Currently, he is seen playing in week 1 of the 2021 NFL preseason.

Chuba was born on 11th June 1999 in Sherwood Park, Canada. The names of his parents are Candace Hubbard and Lester Yearwood. He has not shared details about his siblings. At a young age, he showed active participation in the field of Sports. Chuba went to Bev Facey Community High School in Sherwood Park. For his further and higher studies, he went to Oklahoma State University. The details about his education stream have not been shared yet. He showed active participation in the field of Football.

Chuba played football at high school. His score was, rushed for 6,880 yards on 458 attempts with 82 touchdowns. Further, he went to play for Oklahoma State University. In his first year he was redshirted, Next year he was seen in 13 games and had 740 rushing yards on 124 carries with seven.

In 2019 he had a rushing for 2,094 yards on 328 carries and 21 touchdowns. He was declared for the 2020 NFL draft. He was selected by the Carolina Panthers in the fourth round of the draft. Along with that, he was also selected by Calgary Stampeders in the fifth round 2021 CFL draft.

Chuba is currently in a relationship with his girlfriend named Sarah Moore. The details about Sarah are not shared. He proposed to her at mid-field after beating Kansas in October 2018. They will soon tie a knot in a private wedding ceremony. Along with that, they enjoy posting a lot of couple pictures of themselves on social media.

Chuba has earned by playing American football professionally. He has recently signed a deal with Panthers worth $4.2 million for four years, According to sources his net worth has been estimated between $4 million and $6 million. Some other sources of his income are earned from sponsorship and by attending various events.