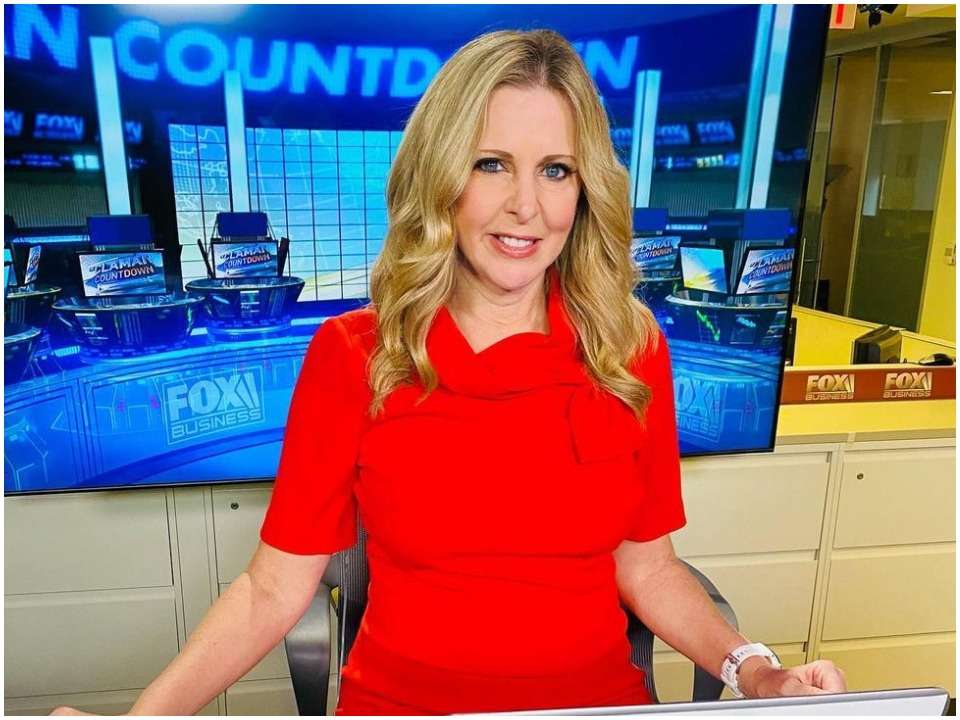 Cheryl Casone is an American television personality who is recently working as a news anchor for Fox Business Network. She has also served herself to be financial contributor who used to provide weekly job reports. She is also working as a report correspondent for the Fox News Network.

Cheryl Casone was born on 18th June 1970 and was brought up in Clearwater, Florida. Her father was a government person who used to work as an engineering consultant. During the time when her father used to work for the government, she lived in Sweden for about a year. Later, she got shifted to Ohio and then moved to Dallas, Texas, and finally to Phoenix, Arizona. She did her graduation from Thunderbird High School in 1988 in Phoenix.

She used to consider both Dallas and Phoenix as her hometown as she possesses to have lots of memories with these two particular places. After she completed high school, Casone went to Northern Arizona University in Flagstaff, Arizona where she graduated with the degree of B.A. in 1992 with the subject of Public Relations. According to Casone (after doing her graduation), her life became a little bit of a detour. She was a regular flight attendant who used to travel to Africa, Australia, Europe (Western Europe), New Zealand, and Nepal. She traveled for almost five years.

In 1997, Casone moved to San Francisco, California where she attended a college community and began her career with CNX Media. Later, she moved to KRON-TV and served herself to be a business and assignment reporter. She also worked as an anchor of a business news show for the TV. In June 2004, she moved to New York City where she was given the position with MSNBC as an occasional anchor for the channel from July 2004 to September 2005. In addition, Casone worked as a freelance business correspondent for CNN.

Later, she joined Fox News Network in November 2006. She has remained a former host of Cashin’ In and the frequent guest of “The Claman Countdown”. She has also worked as a former host for the “Fox Business Now” where she used to give hourly business web updates which could be viewed on Yahoo and FoxNews.com. Casone has done live reporting for the Middle East nations including West Bank, Israel, Syria, and Jordan. She has taken the interviews of world leaders including Hillary Clinton, Tony Blair, and Shimon Peres.

Cheryl Casone has not publicly revealed with whom she is in a relationship. The only man with whom she is connected as a friend is Joshua Henne. She is not known to enjoy any romantic relationship with anyone. There have been many controversies regarding her being connected with certain men of her career life, but she never agreed on those controversies and revealed herself to be single.

Cheryl Casone started her career while reporting for CNX Media. She is estimated to have a net worth of $1 million with an annual base salary of $50,000. She is the best-known television personality who sued to serve herself to be an anchor for Fox Business Network.