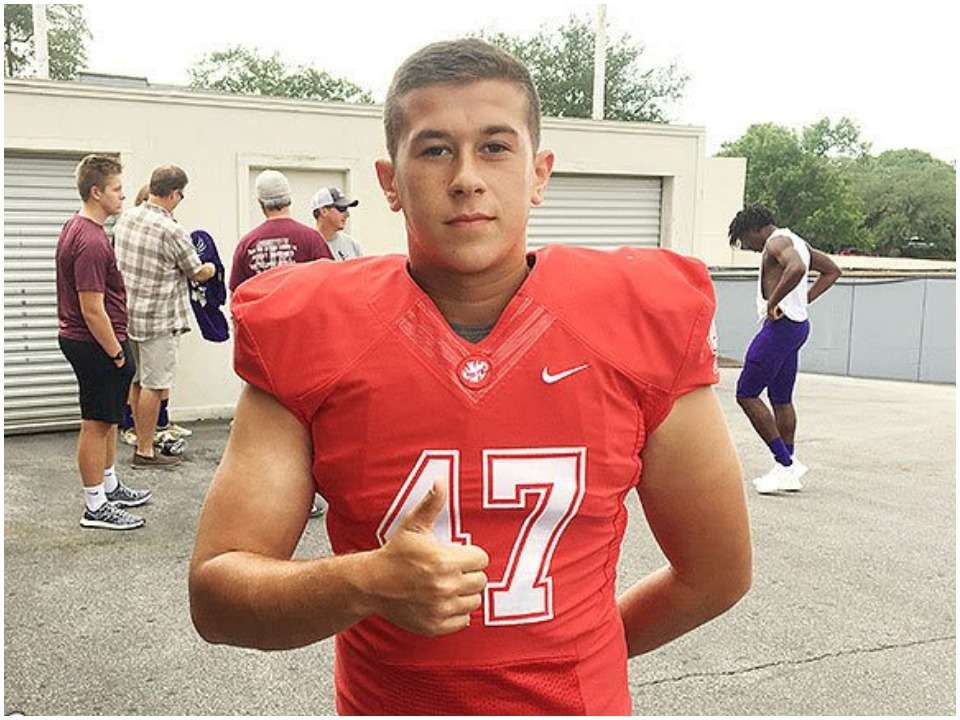 Seth Small is an American Football player who is playing for Texas A&M University. His position is as a placekicker. He has been the recipient of the Special Teams Newcomer Award and Strength & Conditioning Freshman Aggie Award at the Texas A&M team’s annual banquet.

Seth Small was born in 1999 and has not shared his exact birthdate. He was born in Katy, Texas, United States of America. The names of his parents are Ricardo Small and Jennie Ann. He has not shared details about his siblings with the media yet. Seth has completed his high school education by attending Katy High School. For his higher and further studies, he went to Texas A&M University. Over there he is playing football for the University team.

Seth Small began his career when he was playing football at his high school. As a senior, he earned a dozen field goals and went 68 for 70 on extra points in his final prep season. He also earned a career-long of the 50-yard field as a junior. In 2018 as a freshman, he was seen in 11 games where he completed 20 of his 28 attempts with a long of 52 yards. He played against Alabama, ULM, South Carolina, Mississippi State, Ole Miss, NC State, and many more. In 2019 as a Sophomore he was seen playing in 13 games and 5 PATs. He played matches against Lamar, Auburn, Alabama, UTSA, Oklahoma, Georgia, South Carolina, Arkansas, and many more teams. With his outstanding performance, he earned the Academic Excellence Award at the annual team banquet.

In 2020 as a Junior he was seen in more than 10 games. He took sole possession on A&M’s all-time career list at 7th position making 122 of his 123 attempts. He played matches against North Carolina, Florida, LSU, Vanderbilt, Arkansas, Tennessee, and more teams. Some of his matches were postponed in the previous year due to the covid-19 pandemic. Recently in 2021, he was seen in 5 games against Kent State, Mississippi State, New Mexico, Arkansas, and Colorado. He nailed three field goals through uprights, two from 40-plus, and won against Mississippi with a score of 40-44. Due to his superb performance in a recent match against Alabama, his team won as he scored a game-winning field goal. Not only his fans but also his family watched his outstanding performance and were emotional and happy.

Seth is married to Rachel House Small. She went to Denton High School and is currently attending Texas A&M. Along with that, she was a former host at Gulf Coast Burger Co. They tied their wedding knot on 23rd July 2021 at a private wedding ceremony and are currently living together.

Seth must have earned a lot by playing college football. His net worth is around $1 million. He might earn approximately $50,000- $79,000 as his salary. Some other sources of his income are earned by attending various events and brand endorsements.