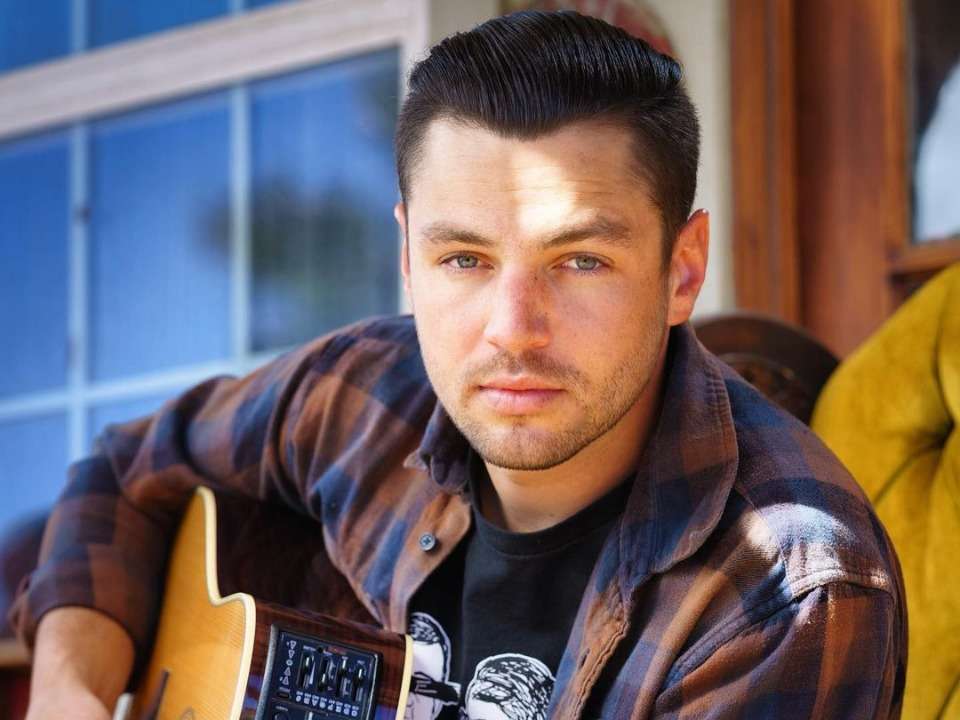 Chayce Beckham is an American singer, songwriter, and performer from Southern California, United States. Chayce finally won the American Idol crown after four months of hardworking it paid off for him. He recently became a trending topic after winning ABC’s reality show singing competition, American Idol which premiered on February 14, 2021. The show returned with Katy Perry, Luke Bryan, and Lionel Richie as judges and Bobby Bones as mentors.

Chayce was born in the year 1997 as currently, his age is 24 years old. He was born in the Southern California area of Chino, United States. The details regarding his parents are not known but he has a sister named Tiffani Beckham. In an interview, Chayce shared how his family has always supported him and persuaded him to go to American Idol.

His parents mentioned Chayce went through a rough patch in his life, more like a dark path before being an idol, filled with alcohol and self-doubt but still, his family has always been there for him, and motivated him to do better in life. The information regarding his education qualifications is not known, he has completed his high schooling in the state of California.

Before appearing on the 19th season of American Idol, Chayce was a heavy machinery operator from Apple Valley, California. He underwent a rough patch in his life, dealing with under-confidence and having drinking issues. For making his way into Hollywood, he sang What Brings Life Also Kills, by Kolton Moore & The Clever Few. Katy Perry described his voice felt like the heart of America and even dubbed him as a top-five contender of the season. He hasn’t released any solo or original music of his own yet but throughout the pandemic, he has been entertaining his followers with his blessed voice through his social media handles and also been taking up song requests.

Back in California, he was also been a part of a band called Sinking Sailors, described as a punk-reggae-funk group formed by four friends who decided to make music. In their free time, when they are not surfing or skating, they make their own music. The band collectively has released a pair of Eps named “Take It Easy” in 2017 and “Long Sips and Bong Rips” in 2018. Chayce has mentioned releasing some of his original music sometime in 2021 other than that, the budding artist will be seen on the singing competition American Idol.

Chayce beckham probably one of those contestants who can easily be entered into the Top 10 round in American Idol 2021 competition. Although he somehow lacked in confidence during the Showstopper/Final Judgement Round. Chayce performed “You Should Probably Leave” by Chase Stapleton however that performance was not upto his reputation. Katy said,

“There’s been something about you, it’s gritty, it’s real… You sound like a guy that operates heavy machinery. You’re not putting on a show, you’re just Chayce Beckham. Showstoppers was not your finest moment. Now was the time to play the Ace.” In reply Chayce said “That’s one regret that I have.”

“When we first met you, you said your mom was the one who signed you up. It’s amazing that you have parents that can see something inside of you that you can’t see inside of yourself.”

Ever since the live performances, Chayce Beckham proved his worth and won the hearts of his fans and also the judges. Last Sunday, he performed three songs including his self-written song “23” and it’s dedicated to this life struggles. Right from the beginning of this show, he’s been open about his past struggles with alcohol and personal issues but he also admitted that this show has completely changed him and he might quit drinking. After all struggles, his hard work finally got him the reward he deserves as he won the American Idol 2021 Season 19. All his fans are so much happy for him and wishing him best of luck for his further future.

According to Chayce’s Facebook account, it mentions a relationship, so it is clearly known that he is dating but the further details regarding the same are not known, there are no posts also which justify his status. As of yet, there are no controversies following Chayce, he has managed to keep his name a clean public image.

In a short period of time, Chayce gained whooping followers on Instagram after his appearance on American Idol. In one day, he managed to gain 16k followers in a single day. He goes by the username @chaycebeckhammusic on Instagram and has 17k followers. Chayce also has a Twitter and Facebook account.

As of now, Chayce hasn’t established a successful career in the music industry but the young talent has years to come, there are no accurate details of his net worth or salary but it is assumed that Beckham has a net worth of $50k US Dollars.