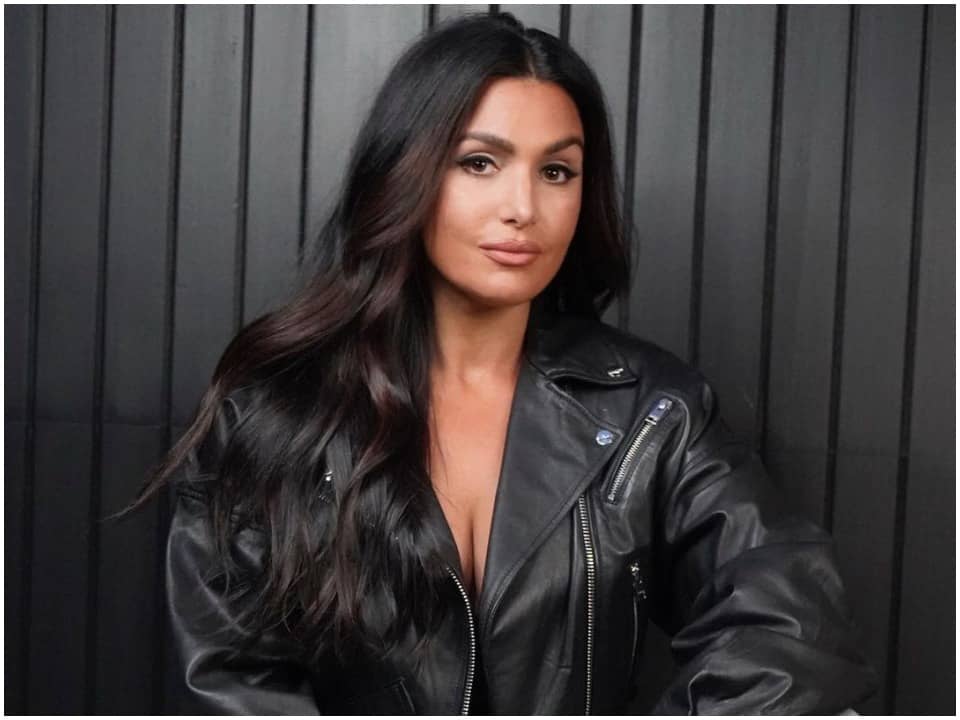 An American television personality Molly Qerim is a gorgeous woman. She describes herself as an ambitious, strong, and fun-loving person. At present, she works as a host of ESPN’s First take. Prior to that, she was a host of NFL Network’s weekday morning show, NFL AM, and NFL Fantasy Live. She is also a sports anchor and covers various sporting events like college football games.

Molly Qerim was born on 31st March 1984 in New Haven, Connecticut, USA although, she grew up in Cheshire. After her marriage, she is well-known as Molly Qerim Rose. She never revealed her parents’ identity as she appears to keep her family history away from the media. It is known that she is part Albanian and part Italian. Her favorite sports team is UConn Huskies Football and basketball teams. She is very health-conscious and fond of maintaining her body.

Qerim received her degree in Bachelors of Arts, majoring in communications and a minor in business administration from the University of Connecticut. Later for her master’s, she attended Quinnipiac University and graduated with a degree in broadcast journalism.

After her post-graduation, she initiated working for CBS’s own sports channel as an anchor and a reporter. She also served as a studio anchor and a host on several programs such as SEC Tonight, the SEC Tailgate Show, Full Court Press, MaxPreps Lemming Report, and Bracket Breakdown. Molly has covered UFC with ESPN, Versus, and FS1. She has worked as an interactive host of ESPN and ESPN 2 and covered the 2008 College Football Live Tournament.

In 2015, she was promoted after two months to the position of the main host of First Take on ESPN 2. She has reported multiple super bowls, the Heisman Trophy presentation, the NBA Draft, the NBA All-Star Game, and the MLB All-Star Game alongside providing on-site reports and interviews. Additionally, she co-hosted Campus Connection on ESPNU. Followed by being a co-host at the annual World MMA Awards.

gorgeous Molly is very popular on social media and was found very active there lately. She enjoys 415k followers on her Instagram handle @mollyqerim, where she usually posts videos of her hosting the shows. Molly also posts pictures with her family and friends. She is also very active on her Twitter account @MollyQerim, which contains around 222.5k followers.

Media personality Molly Qerim tied knots with the love of her life Jalen Rose, who is a reporter on ESPN and a professional basketball player. The duo is happily married. They started dating in 2016 and made their first public appearance as a couple in July 2016. They dated for two years and then decided to get married. Their wedding anniversary is on 20th July 2018. They got married in New York in a private ceremony, where only family members and close friends were invited.

Molly has been working as a professional journalist for at least a decade. She earns a huge sum of income as she works with a popular sports network. Her annual salary as an ESPN sports reporter is estimated at around $52,753, while her average annual salary as an ESPN anchor is around $82,287. As of 2021, her estimated net worth is around $3 million. She is currently enjoying all the luxuries and is living her life full of comfort.