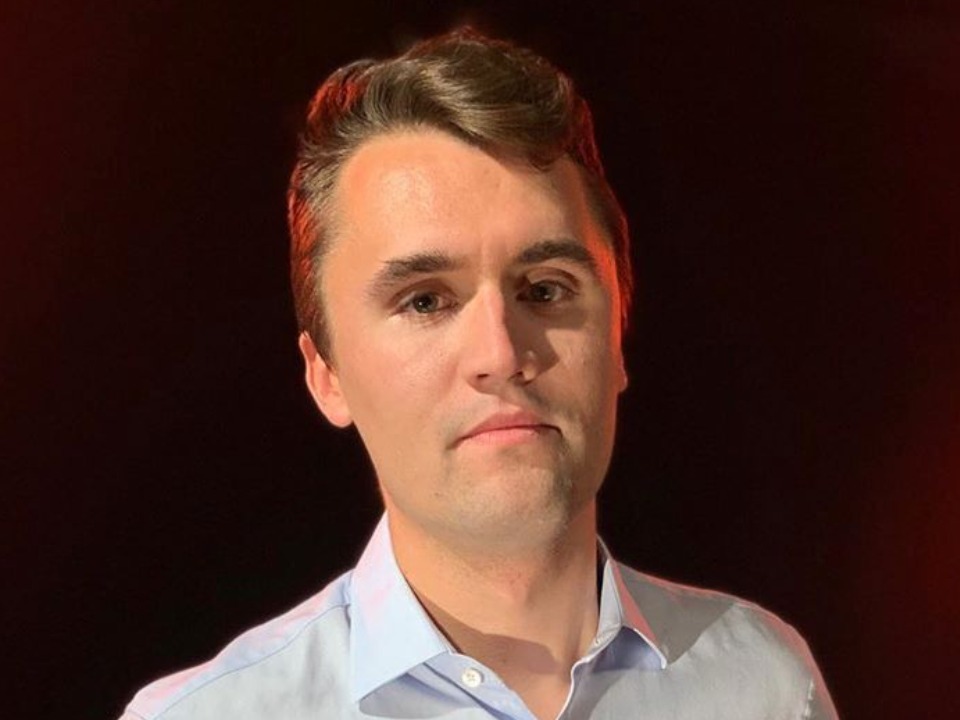 Charlie Kirk is an American making his life in conservative activism along with being an entrepreneur and writer. Charlie is the Founder and President of the organization Turning Point, a “grass-roots organization to rival liberal groups such as MoveOn.org.”. He is also a motivational speaker and is popular as a writer for his books. He has written one book as a sole writer that is named as ‘Campus Battlefield: How Conservatives Can WIN the Battle on Campus and Why It Matters. Time For a Turning Point: Setting a Course Toward Free Markets and Limited Government for Future Generations is the book in which he is the co-author.

Charlie Kirk was born on the 14th of October, 1993 in the Chicago suburbs of Arlington Heights, Illinois, and was raised nearby in Prospect Heights, Illinois. His father Robert W. Kirk is an architect manager, and his mother is a homemaker. His father is majorly known for his work done in the Trump Tower. Reportedly, it is believed that he has siblings but none of their names are mentioned like his mother’s. He seems much closer to his grandmother as he posts pictures with her on his Instagram account. Kirk in his early life volunteered for the successful U.S Senate campaign of Illinois Republican Mark Kirk (Charlie and Mark are not related to each other) when he was studying in his junior year in 2010.

Later in 2012 during his senior year, he wrote an essay regarding liberal bias in high school textbooks for Breitbart News which landed him an appearance on Fox Business Network (TV channel). After completing high school studies at Wheeling High School, he applied to the United States Military Academy which rejected him. In 2015, during his speech at the Liberty Forum of Silicon Valley, he claimed that the slot considered by him went to a candidate of different gender and persuasion who was also ‘far less qualified’ as he claimed that he knew the scores.

Later in 2017, he mentioned in The New Yorker magazine that he was being sarcastic about this statement, however this time in a Turning Point event at the New Hemisphere, in presence of Senate Rand Paul he denied fact that he even spoke this statement on 19th October. He attended a community college named Harper in Chicago but got dropped out for pursuing conservative activism in 2015. Also took online classes from The King’s College in New York City part-time.

When he wrote that essay for Breitbart News, it led him to an appearance on Fox Business Network. Kirk met a Tea Party-backed legislative candidate, Bill Montgomery who is over 50 years senior retiree, in a “Youth Empowerment Day” speaking engagement at Benedictine University. Kirk was advised to get involved in political activism full-time by Montgomery. Post this, Kirk founded a “grass-roots organization to rival liberal groups such as MoveOn.org.” known as Turning Point. In 2012, at the Republican National Convention, Kirk met a popular Republican donor Foster Friess and asked him to finance the organization.

In an interview with the ‘Weird’ magazine, Kirk mentioned that when he “was not the biggest Donald Trump fan”, he would vote for him and that Trump is in elections made Turning Point’s mission more problematic, however later he flipped his opinion and started supporting Trump during the 2016 Republican National Convention. He is promoting the Cultural Marxism Conspiracy theory and claims to work for combating it in universities through Turning Point USA and Turning Point UK. He says that he sees universities as ‘islands of totalitarianism’. Kirk shared a Fox News event with Donald Trump, Eric Trump, and Lara Trump in October 2016. He also said that the “thin” book was “stuffed with reprintings of his tweets and quotes from others.” in 2018.

He was ranked as the 7th most influential Republican under the age of 30 in the same year by the conservative website NewsMax. Later in that year, in December, Kirk started making false claims like in the French Yellow vests movement protestors were chanting “We want Trump”, which was repeated by Trump, and the cited videos were not of protestors but from a far-right protest in London and that the life expectancy in Cuba was 15 years less than the USA and that 85 percent of all jobs in the private sector in the USA are in small businesses, while the fact was that Cuba had 1 year higher life expectancy than the USA and true percentage of jobs was 99.7 stated by the business blog Oberlo.

A private evangelical Christian university co-founded by Jerry Falwell, Liberty University honored Kirk with an honorary doctorate award in May 2019. Subsequently, Kirk became chairman of Students for Trump in July 2019, acquired by Turning Point Action, and later launched a campaign to recruit one million students for the Trump reelection campaign in 2020. Alike 2019, Kirk again started circulating disinformation and conspiracy theories on Twitter about COVID-19 in 2020 too. Democrats’ criticism about the withdrawal of President Donald Trump from WHO funding was counter-backed severely by Kirk who addressed COVID-19 as “Chine-Virus” in his tweets and Trump retweeted them too.

Kirk even alleged WHO of covering up information about the pandemic. After making untruthful claims that Hydroxychloroquine has proved to be “100% effective in treating the virus” and the Democratic governor of Michigan, Gretchen Whitmer threatening doctors who tried to use the medication, he was briefly banned from Twitter. Twitter also suspended Rudolph Giuliani’s account who retweeted this falsehood. Rumors like the public health measure of social distancing prohibitions in churches was a “Democratic plot against Christianity” and that the patients in Wuhan were burnt were circulated by him.

He also spread the untruth fact that the Obama administration responded slowly to the H1N1 swine flu pandemic, in order to support Trump’s administration’s response to cope with the COVID-19 pandemic. He even circulated the wrong claims regarding voter fraud. ProPublica’s 2020 investigation report regarding Turning Point’s finances claimed that the audits were done by biased auditors had the organization made misleading financial claims. The reports also stated that the leaders were advocating for Trump and enriching themselves for it.

Kirk is a prominent conservative activist, writer, and entrepreneur and is well known as the founder of Turning Point. He has earned himself a net worth of $2 million and is believed to have an immense salary amounting to $300000.