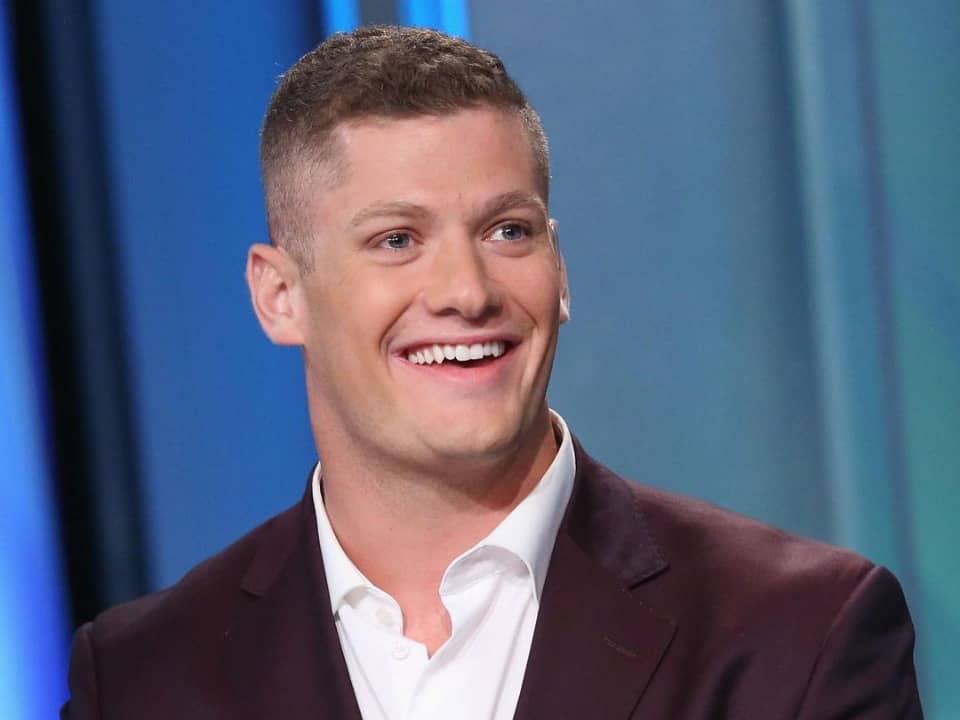 Carl Nassib is an American football defensive player who is quite young in the NFL world. He plays for the Las Vegas Raiders of the National Football League (NFL) although, he in the spotlight right now for him coming out as gay.

Carl was born on 12th April 1993 in West Chester, Pennsylvania, and grew up under the parenthood of Gilbert Nassib and Marry Nassib, his parents. He shared childhood memories and enjoyed every inch of his childhood along with his four siblings John, Ryan, Carey, and Paige Nassib. His older brothers Ryan also played football in college for the team of Syracuse University.

He was a quarterback earlier and is currently a free agent. His father also used to play football in college. For high school, Nassib went to Malvern Preparatory high school in Malvern, Pennsylvania. Then for graduation, he went to Pennsylvania state university. In college, he played football for the college team Penn State Nittany Lions.

Nassib was chosen 65th overall in the third round of the 2016 National Football League (NFL) Draft. On 28th June, Carl agreed to a 4-year contract worth approximately $3.2 million, with an $890,000 signing bonus with Cleveland Browns. In the game against the Philadelphia Eagles, Carl recorded one sack, three tackles, and one pass deflected in his first professional game, earning him a nomination as Rookie of the Week for Pepsi NFL. As a rookie, he appeared in 14 games and was promoted to starter in the year 2017. On September 2, 2018, the Browns waived Carl.

Carl signed a three-year contract worth $25 million with the Las Vegas Raiders on March 27, 2020, with a $16.75 million guaranteed amount. Carl recorded his first career interception in a 37–12 victory over the Denver Broncos in the 10th Week. On September 3, 2018, the Tampa Bay Buccaneers claimed Carl off waivers. In 2018, he set career highs in both sacks (6.5) and tackles for loss (12), both of which were higher than his previous season totals in both categories. In two seasons with the Buccaneers, he started 17 games and had 12 sacks.

Carl has a verified Instagram account with 308 K followers and 0 following. He posts mostly about his game, family, and friends and made a total of 43 posts right now. Carl promised to donate $100,000 to The Trevor Project, a non-profit dedicated to crisis intervention and suicide prevention among LGBTQ youth, and to continue to support their work.

On 21st June 2021, Carl came out as gay during pride month. He announced publicly that he is gay on Instagram and became the first active NFL player to come out. Till now he wasn’t confident enough but now he is comfortable in his shoes and happy to announce the reality.

As of 2021, the total net worth of this young lad is around $17 million. He is a professional football player so the main source of income would be football. His salary from Las Vegas Raiders as of 2021 is $8,416,667 as a defensive player.