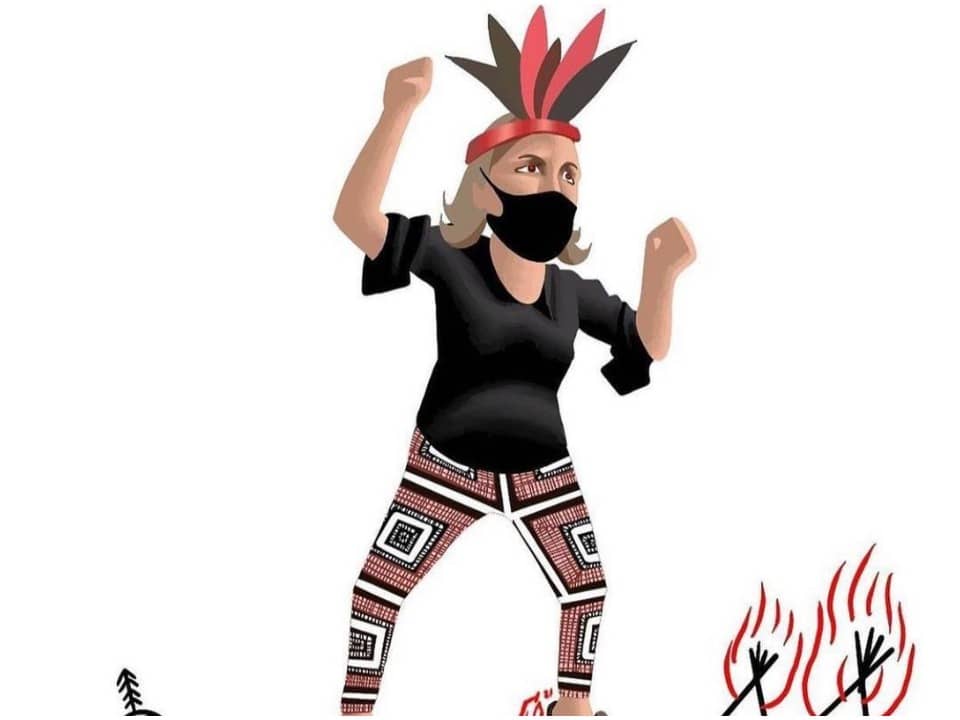 Candice Reed is a native of California. She is a math teacher who is under fire for getting into a fake Native American headdress and dancing or acting around the classroom while doing tomahawk chops.

According to records found on Internet, she was born in June 1985 and currently lives in Riverside. Previously, she lived in the Corona city of California, and no further information about her family, husband/boyfriend, and relatives could be discovered. She was previously working as a school teacher John. W. North High School and following this incident, she has been fired.

A Native American student recorded the whole scenario and posted it on social media. After seeing the teacher doing tomahawk chopping and spending several minutes seeing her, one of the students started filming the whole video because he felt it was against him and he possess the right to record it. The incident happened at John W. North high school in Riverside, CA. At first, the student noticed the teacher doing fake tomahawk chants and pulling out her headdress when she started doing all such things, it immediately made the student get the thought “What is she going to do?”.

The student wrote that I am sharing such a video because this type of behavior could no longer be tolerated. As an adult, we stand up for our youth. The student has requested to share the video and get a word out of this video. The student was identified as a Native American who further added that we need to end the abuse and discrimination against the indigenous youth in the schools. There should be no excuse for such kind of behavior and we are not living in the 1960s which she knows better.

In one of their statement, the Riverside Unified School District Administration wrote that a recording of our teachers has gone viral and getting circulated on social media. They have further added that this kind of behavior will not be tolerated and is strictly offensive for doing such practices. Her actions do not represent the values of our district. The teacher has been placed on leave for now and is going through further investigations. In the video, the teacher could be seen dancing, chanting, and screeching “SOH CAH TOA” and doing fake tomahawk chants.

The school’s yearbook indicates that Candice Reed has done this type of behavior before her recent performance. People have shared a picture of her in 2012 where she has worn a similar headdress in the school’s yearbook. The screenshots of the pictures further say that the lady was seeing dancing from one end of the room to another end. She was wearing the Indian headdress to emphasize her geometry basics at that time. One of the users wrote on Twitter that this will have the students with a bad morning. Candice Reed needs to realize that this was not the way to teach native culture.

The lack of respect and uttering of fake words was all stupifying. On the other hand, the district school department wrote on the equity and inclusion values while saying that we do not condone such kind of behavior. We are deeply committed to implementing inclusive practices and policies with the honor to make our diversity rich with the values. We will be working with our students, families, and staff to regain our trust.

The backlash from Social Media

The video of Candice Reed has further attracted lots of negative comments. The people on social media have cursed her for doing such kind of behavior while dancing and dressing up with such uniform and speaking out fake tomahawk chop in a classroom. One of the women writes, “I puked in my mouth….” Even some of them have demanded to fire the math teacher out of the school. Many people have written angry comments over the video and the district’s Facebook page while saying that “hoping for the right decision that the district will terminate her from her employment. This kind of behavior is not acceptable.”