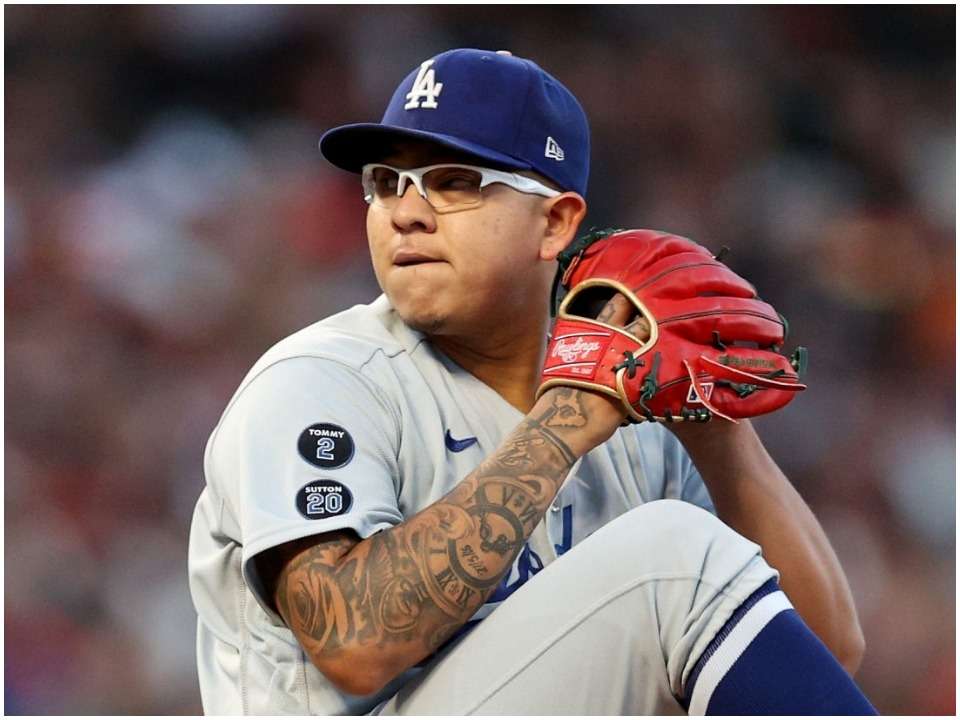 Julio Urias is a Mexican Professional Baseball Pitcher. He is playing for MLB Team named Los Angeles Dodgers. In 2021 he was the NL wins Leader Recently in 2021 he will start Game 4 of NLCA as he gave an outstanding performance in his previous matches.

Julio Urias was born on 12th August 1996 in Culiacan, Mexico, United States of America. The names of his parents are Carlos Urias and Juana Isabell Urias. He also has siblings whose names are Carlos Urias Acosta and Alexia Guadalupe Urias Acosta. At a young age, he showed an active interest in playing various sports. Julio has completed his high school education but the details about the same are yet not available. By looking at his career he must have focused on training himself in playing Baseball. He seems to be coached by professionals so that he can play in his upcoming matches.

Julio signed a contract with Los Angeles Dodgers at the age of 16 and decided to professionally play. On 25th May 2013 he made his professional debut for the Great Lakes Loon in Midwest League and earned a score of striking out six batters over three shutout innings. He finished the season by making a total of 18 starts with 2-0 and an ERA recording 67 strikeouts in 54.1 innings. Next year he played 25 games and was a 2-2 with a 2.36 ERA. He also struck out 109 batters while walking only 37.

In 2015 he was invited to attend league spring training camp. His score for pitching in two games for a total of two innings was 4.50 ERA. The Dodgers assigned him to the AA Tulsa Drillers of the Texas League. He was 3-4 with a 2.77 ERR in 13 starts for Tulsa. On 31st August 2015, he was promoted to AAA Oklahoma City Dodgers. He began the season where he was 4-1 with a 1.10 ERA in seven starts.

In 2016 he was promoted to Los Angeles Dodgers to make his MLB debut against New York Mets. He played various matches against Chicago Cubs, Milwaukee Brewers, and many other teams. Along with that he also played four games in the 2016 National League Championship series. In 2017 he extended spring training. On 27th April he made five starts and was 0-2 with a 5.40 ERA. He was optioned back to minor on 21st May and next month while pitching for Triple-A Oklahoma City he tore the anterior capsule in his left shoulder and ended the 2017 season as he required surgery.

Next year he played matches against Boston Red Sox, Milwaukee Brewers, and more, also played for the 2018 NLCS and 2018 World Series. In 2019 he was suspended due to a domestic battery investigation for 20 games and appeared in 37 games. In 2020 he played at Wild Card Series, NLDS, NLCS, 2020 World Series against Tampa Bay Rays, Atlanta Braves, San Diego Padres, and more teams. Next year he ended his 2021 campaign in 32 games pitching 185 2/3 innings with 195 strikeouts, 2.96 ETA, and 20-3 league.

In 2019 Julio was suspicion of misdemeanor domestic battery. He was arrested by the Los Angeles Police Department as the witness saw him shoving a woman. One person confirmed the existence of surveillance video and another person familiar with evidence said the alleged victim has no marks on the body. Both the party requested anonymity as they wear not allowed to speak publicly about the arrest. He and the woman denied that the incident was anything more than a verbal altercation and after reviewing the video he was released on a $20,000 bond after four hours. He also completed a 52-week domestic violence counseling program in person.

Julio Urias is currently single. The information about his past relationships is not in limelight yet. He seems to be focused on the game and likes to train himself for the upcoming matches. Along with that he also spends most of his time with his friends and family.

Julio Urias has earned a lot from his baseball career. The dodgers signed a contract with him and paid a signing fee of US$450,000. He also signed a one-year, $1 million contract for 2020 to avoid arbitration. According to sources his net worth has been estimated at around $5 million and earns a salary of $3.6 million annually.