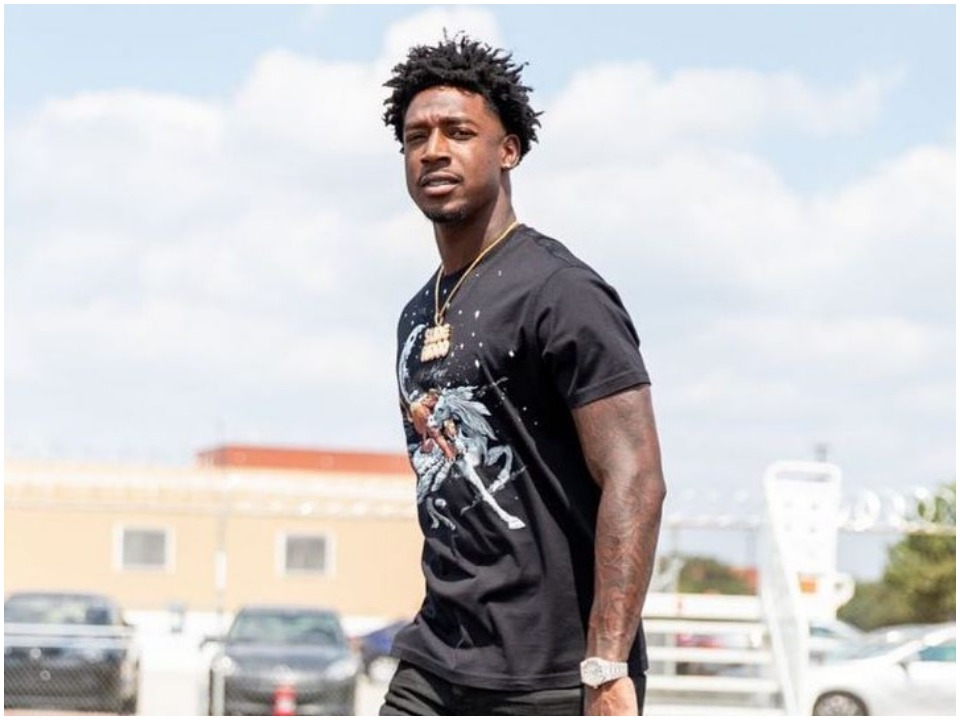 Calvin Orin Ridley is an American football player currently playing at the wide receiver position for the Atlanta Falcons team at NFL. He was drafted in the 2018 NFL draft and was a five-star prospect. He had an excellent high school and college career and is relentlessly going with full fledge in the professional world by breaking and creating various records to his name.

Calvin Ridley was born on 20th December 1994 in Fort Lauderdale, Florida. He belongs to a black ethnic family. His parents are Colin Ridley and Kassana Daniels but his father was deported to Guyana when he was 7 and has not met him ever since. He is known to have a younger brother named Riley Ridley who is also an NFL football player. Calvin completed his high school education at Monarch high school in Coconut Creek in Florida and later for the furtherance of his football career and studies, he attended the University of Alabama.

He started his career in high school where he was part of the school football team and by the end of his senior year, he was named as a five-star recruit by almost all the rating agencies like Rivals and 247Sports. He was also the best receiver in his class in 2015. His college career began when he joined the University of Alabama in 2015. His first ever match was against Wisconsin and he recorded 3 receptions for 22 yards. He also helped the team to win the SEC championship with 89 receptions and the National Championship with 6 receptions for 14 yards. The following season, the team became the SEC champions once again but could not manage to win the National championships.

He maintained his records during junior years and by his senior year he went on to participate in the 2018 NFL draft instead of attending the college football season. Calvin was drafted in the Atlanta Falcons team and made his debut as a pro against Philadelphia Eagles. He was named as the rookie of the month and maintained the title for four consecutive games. by the end of his rookie year, he was named as the PFWA All-team Rookie team and became the only fourth person from Atlanta Falcons to hold the title. In the following seasons, he maintained his form and by the end of the 2020 season, he was named as the Associated Press’s All-pro 2nd team. Recently in 2021, he extended his contract to a fifth-year option with the team.

Calvin is currently known to be in a relationship with Dominique Fitchard. The two are currently engaged to be married and also recently gave birth to a beautiful daughter named Cree Michelle in June 2020. He also honored his little girl with a diamond chain. Calvin currently has 354k followers on his Instagram account and is also known to be on Snapchat. On his Twitter handle, he currently has 138.6k followers. He started using Twitter in the year 2014.

Calvin Ridley has been playing the sport for several years and over the past four years as a professional, he has earned a lot of wealth. He currently receives an income of around $11.1million and his net worth as of 2021 is estimated to be around $15 million.