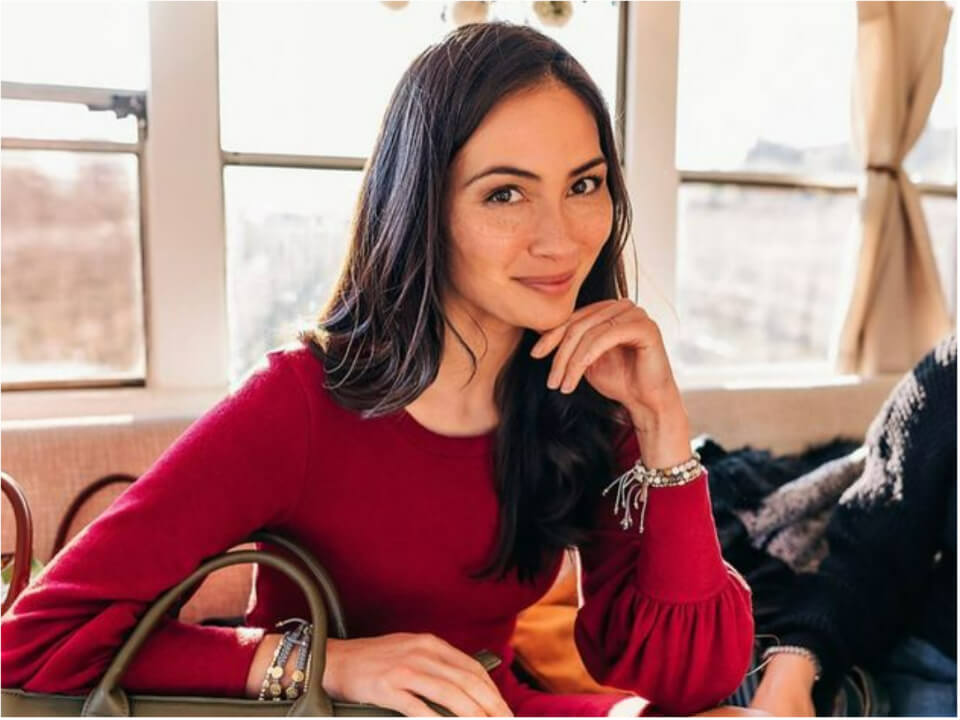 Caitlin McHugh is famously known as the wife of the famous male actor John Stamos. Despite this, she is an American actress, model, and writer. Her full name is Caitlin Maureen McHugh Stamos.

Caitlin McHugh was born on 13th May 1986 in Altadena, California. Her parents’ names are Leilani (née Empeno) and Timothy McHugh. She went to Flintridge Sacred Heart Academy in La Cañada Flintridge, California, and received her graduate degree in 2004. However, this must be confirmed because she has not given the exact details to the media. Moreover, Caitlin belonged to Irish and Filipino descent, and her ancestry is also mixed.

Although Caitlin has worked on both small and big screens, she first found a few roles in films and television in 2007. After that, she got a minor role in one of the films called I Am Legend, because of which she earned nine more credits for the next six years. In 2014, she started working for television series and portrayed the role of Sloan in the fifth season of The Vampire Diaries.

Apart from having her hands in TV series and films, she also tried her luck in writing. She co-wrote a romantic comedy short film Ingenue-ish with fellow actor John Stamos in 2017. She was also signed as a model by Wilhelmina Models. After that, she appeared as a model in one of the top branded toothpaste advertisements, Colgate’s ad, and the following year, she appeared for the Buick Encore.

After John and Caitlin became close to each other and showed their relationship publicly, they began their jewelry line together. It was in 2018 when the two personalities started their jewelry line, called St. Amos Jewelry, which further donated all the proceeds to Childhelp, a foundation dedicated to helping children suffering from abuse.

Caitlin is available on Instagram with the handle name @caitlinskybound. The last post she had on Instagram was related to her Christmas celebration on 22nd December 2022 with an NGO @ifhomeless. Seeing her Instagram pictures, she seems involved in humanitarian work dedicated to kids like @yeswecanwf (Yes We Can World Foundation).

Before Caitlin and her husband, John Stamos, could meet each other, John Stamos was yearning for the right partner. He was eager to start a family, which could be depicted in his interviews at that time. He was 57 years old when he interviewed with the US Weekly and said, “ovaries were rattling.” In 2018, he finally came out publicly showing his love for the model & actress Caitlin McHugh, who was then 34.

The couple married each other, and after that, they produced one child, a son named Billy. But before the bells could ring and the child was born, the two were involved with each other at least a decade ago. It is said that the two began seeing each other in 2015, but they actually crossed paths in 2011 while filming for one of the episodes of Law & Order: SVU.

Years back, John Stamos was a married man. He proposed to a model and actress named Rebecca Romijn on Christmas even in 1997, nearly three years after they first met each other at Victoria’s Secret fashion show. The couple wedded each other on 19th September 1998 in Beverly Hills, but their marriage could run better as far as expected, and they divorced in March 2005.

Caitlin is a model, actress, advertisement presenter, wife, and mother. She might be earning well because of her fashion line. She started with her loving husband before the marriage. But her exact net worth has yet to be discovered. However, her husband, John Stamos, a known American actress, singer, and musician, earns around $25 million net worth. John Stamos is one of the finest actors who worked in the sitcom “Full House” from 1987 to 1995 and had a unique working profile with the cast of “General Hospital” from 1982 to 1984.