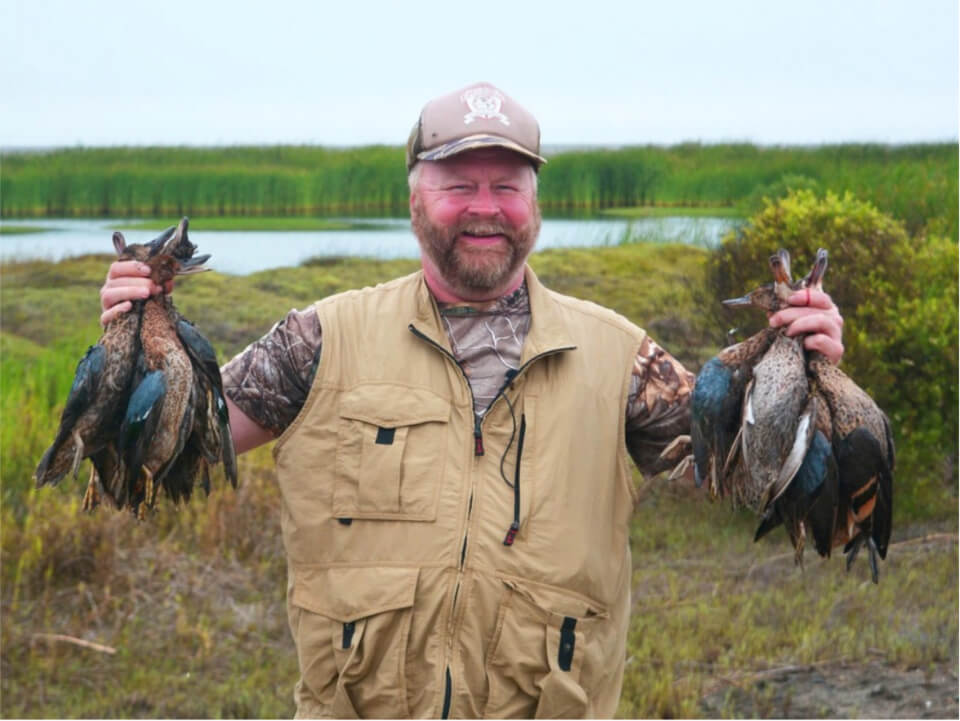 Buck McNeely is the producer and host of the adventure series “THE OUTDOORSMAN WITH BUCK MCNEELY.” The series has earned the title of the World’s Largest Syndicated Adventure Series. Over the years, Buck and his crew have tours and voyages from Argentina to several African nations, Siberia to Iceland, Canadian Artic to the desert of Mexico, and all over North and South America. Buck and his crew have produced multiple T.V.T.V. commercials, industrial and marketing videos, and a variety of content for their clients. The crew has produced only tour and travel-related videos for their clients worldwide.

Buck Mcneely was born in 1960, making him 63 years old as of 2023. He was brought up in Cape Girardeau, MO, and learned to travel to different places at a young age. His father was a U.S. Air force personality, and the whole McNeely family was stationed in Texas and traveled to places like Washington, D.C.D.C., California, and the Philippines- by the time Buck was in 1st grade.

This change brought curiosity to learn different things and drew passion for Buck McNeely. He started enjoying being outdoors and hunting and fishing in the Sierra Nevada Mountains and San Joaquin Valley of California. Buck went to High School in Hughson, CA, where he also learned to play football and wrestling and ran track. He also passed the F.C.C. license examination while being a sophomore. He attended the exam because of his passion for radio, to learn the tricks and tactics of Mass Communications, and to work as a newscaster and disc jockey.

Buck also went to Modesto Jr. College in Modesto, CA, and developed a lifelong love for producing and working with the crew of T.V.T.V., Films, and Theatres. He found himself enjoying his storytelling skills and entertaining people while doing visual mediums. He also went to Southeast Missouri State University in Cape Girardeau, MO, and studied Mass Communication to pursue and run after his passion for producing T.V.T.V. series and films or theatres.

Buck is the producer and host of the total 18 episodes of a college dating game called “Dream Date.” he began working and developing content for the series “The Outdoorsman” in his senior year of college. He was in the last semester of college and started working on the project “The Outdoorsman” to broadcast it on the local cable and other channels accessing it as the college project.

After receiving positive thoughts on his particular production, he started launching his production commercially in the summer of 1985 and first had its launch on FOX affiliate. In 1987, “The Outdoorsman with Buck McNeely” saw its national debut on the Tempo Network.

After that, the series was released across international channels, including- ESPN, Family Channel, U.S.A. Network, Fox Sports, The Outdoor Channel, and others. Today, the series is known as the Nation’s Largest Syndicated Outdoor Adventure Series. It has further seen its broadcast on 370 TV stations, 4 Networks, 8 Satellite feeds, and 200+ cable/LP TV entities, including the complete Northern Hemisphere.

The show was also released over 3 International Networks, Far East T.V.T.V. Network, American Forces Network, and Middle East T.V.T.V. Network. The show today has been produced as an international show with a variety of International & Domestic locations and a variety of guests from the world of sports, entertainment, politics, and people across the different corners of the globe. It is one of the largest syndicated adventure series that comes with a blend of world-class adventures and environmental and conservation issues, specifically designed and produced to suit the need of audiences.

Throughout his career, Buck has remained stuck to only production and the hosting of series while propagating the Mass Media Communications Network. Buck has also produced and co-produced other films and series, including National Lampoon’s Cattle Call. He owns “Timberwolf Productions Inc.” featuring the H.D.H.D. digital television production and facilities, and is located or headquartered on the ranch. This is known to be the World Headquarters for the Outdoorsman International operation.

Buck is a happy-living married man living with his wife, Ladonna, and two sons- Max and Rex. Today, he is known to live with his family on a 130-acre ranch near Cape Girardeau, MO.

He is not available on Instagram (we wonder if he is available with any unverified name). You can catch him giving a glimpse of his life story and the insights of the largest syndicated adventure series on his LinkedIn profile with the name Buck McNeely, where he has got 500+ connections and has described in his bio that he loves to involve with or talks about #animals, #hunting, #zimbabwe, and #africansafari. You can also catch him talking about his adventures, tours, and traveling to hunt and make T.V. shows on the Facebook page @theoutdoorsmanwithbuckmcneely TV Shows.

Buck McNeely is the producer, host, and keen learner of mass communication, media, films, T.V., and theatres. He is surely earning around $1 to $2 million as his net worth.