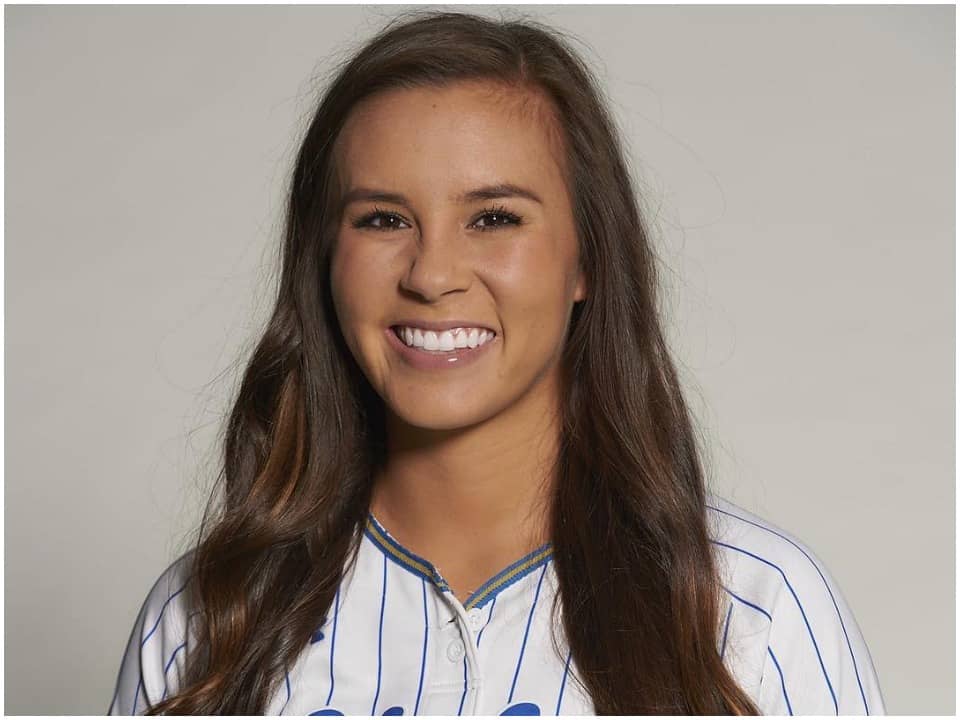 Madilyn or also known as Bubba Ida-Marie Nickles is an American right-handed hitting softball utility player originally from Merced, California who currently plays for the University of California-Los Angeles. Previously she has played two seasons with Team USA and was also named to the roster for the 2020 Summer Olympics.

Bubba was born on March 8, 1998, in Merced, California, the United States to father Ted Nickles and mother Natalie Nickles. She has an older sister named Breanna about which not much is known. Growing up, Bubba has been into softball since she was in school as a rookie player. Her grandfather, Joe Kusunoki if from Guam. Bubba is her nickname given to her when she was little by her father. Her parents have made it to all of Madilyn’s games for UCLA for all the years. Bubba has four dogs and a pet bird back at her house in California.

Nickles completed her high school education at Merced High School in California, the United States where she was also awarded by two-time Olympian Jennie Finch. While in school she was also named the Gatorade National Softball Player of the Year. Later for college, she decided upon joining UCLA due to their scholastic and athletic projects and now has graduated with a degree in sociology.

Nickles began her career in softball by playing for her school as a four-year starter at pitcher and shortstop at Merced High School in Merced, California, and was also named as the Gatorade National Softball Player of the Year and Gatorade California State POY as a senior. She hit.690 with 10 runs scored, 30 RBI, six home runs, and eight doubles. She earned Cal-Hi Sports Large School and Merced Sun-Star POY honors and was the Central California Conference Most Valuable Player for the third time previously as a freshman and sophomore. In 2015, Nickles spent her summer with the U.S. Junior Women’s National Team and the next summer with USA Elite Team. The same year she also represented the USA at the World Cup of Softball and World Championships, posting a homer, 14 RBI, and six walks.

The team won gold at the World Championships and finished fourth at the World Cup. In 2017, she was part of the WBSC Junior Women’s World Championship for the USA Softball Junior Women’s National Team. In 2019 she was named as the Softball America First Team All-American and NFCA Second Team All-American. The same year she played 62 games with hit.82 and a batting average of .390. Bubba was named to the United States Softball Olympic Team in October 2019 and 2020 Summer Olympics. Currently, as of 2021, Bubba has been playing in the Women’s College World Series.

Bubba is in a long-term relationship but the details for her partner are not known. She was tested positive for LGD-4033 which was transmitted through her boyfriend. When she was 22, Nickles along with Ginny Fuchs, the U.S.’ top female Olympic boxing were tested positive for LGD-4033 also known as Ligandrol. After further investigation, it was determined that her partner was using therapeutic doses of the substances.

Nickles has been playing softball since she was very young and to date has been well known for great games alongside numerous honors and acknowledgments. She plays for All-American Sports Academy and as of 2021, her net worth is estimated to be around $500k US Dollars.