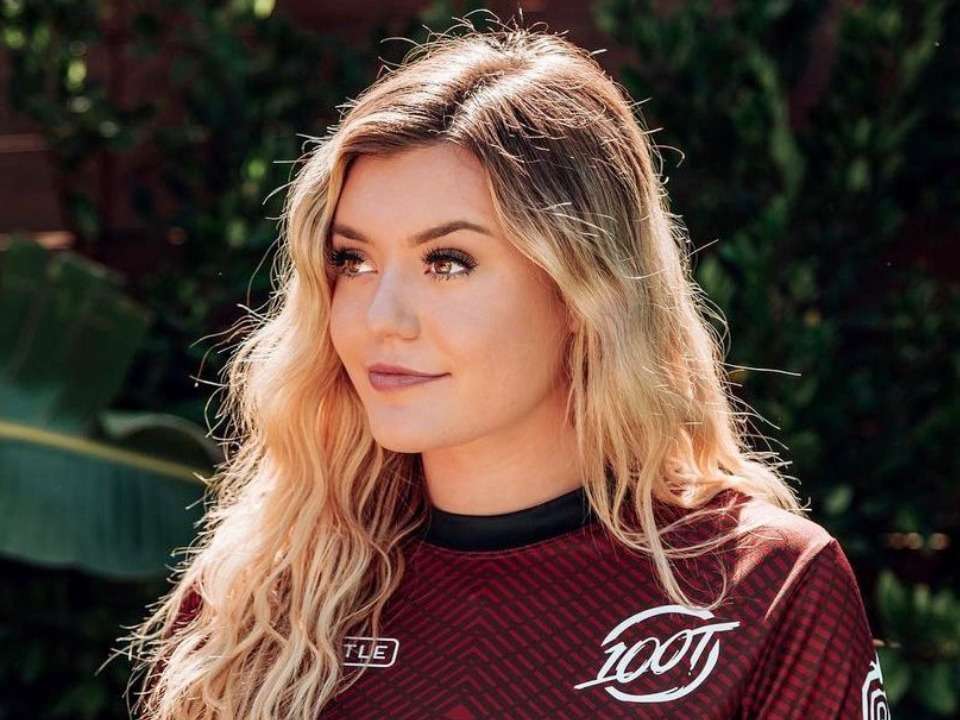 BrookeAB is a young and talented American YouTuber, Model, and Gamer. She is known for playing games like Minecraft, Fortnite, Among Us, Portals, and many more. On her twitch account, she receives millions of views on her videos. She has 326 thousand subscribers on her YouTube account and 850 thousand followers on her Instagram account.

Ashley Bond professionally known as Brooke AB was born on 15th March 1998 in Alabama, United States of America. The information about her parents and siblings has not been shared with the media. She has a dog named Toby who passed away in January 2019 after battling cancer. Brooke is a high school graduate but the details about her schooling have not been shared with the media. For her further and higher studies she attended Western Oregon University where she studied Forensic science and psychology.

Brooke began her career by playing video games and uploading them on her social media account. In July 2018 she started regularly streaming through her Twitch account. At that time she used to play Pokemon. She also used to Fortnite games and still some of her fans used to follow her. She has also played matches with Corrina Kopf who is a popular Youtuber. Corrina messaged her when she saw that she bought her merchandise items.

They both began playing games on the Twitch app. In 2019 she joined 100 Thieves which is a gaming organization as their second female member and moved into their Los Angeles house. She also plays various other games like Portal, Minecraft, and Super Seducer 2. Along with her gaming career, she also rose to fame with her modeling shoots.

In 2020 she shared news saying that she has been a victim of Online Stalking and harassment. The news was not able to be disclosed due to legal reasons. She used to receive threats because some believe that women should not involve themselves in any gaming career. As a result, she took a break for a month and was not streaming,

Brooke will be streaming on the Twitch app by playing many popular games and along with that she will uploads content on her Instagram and YouTube account. Lately, she has been a victim of harassment and online stalking as well. So as a result she is working with many programs to help people dealing with similar experiences.

Brooke is currently in a relationship with Mason Lainer who is a Twitch star, professionally known as Symfuhny. They began dating in 2019 where they played a game together. She also posted a picture with him on her Instagram account on Valentine’s Day 2020.

Brooke earns a lot from her gaming career her net worth has been estimated at around $100 thousand. She also earns per post uploaded by her about gaming content on apps like Twitch and YouTube. Apart from a gaming career she is also into modeling and is uploading those shoots. She also bags a decent amount through brand sponsors and making event appearances.