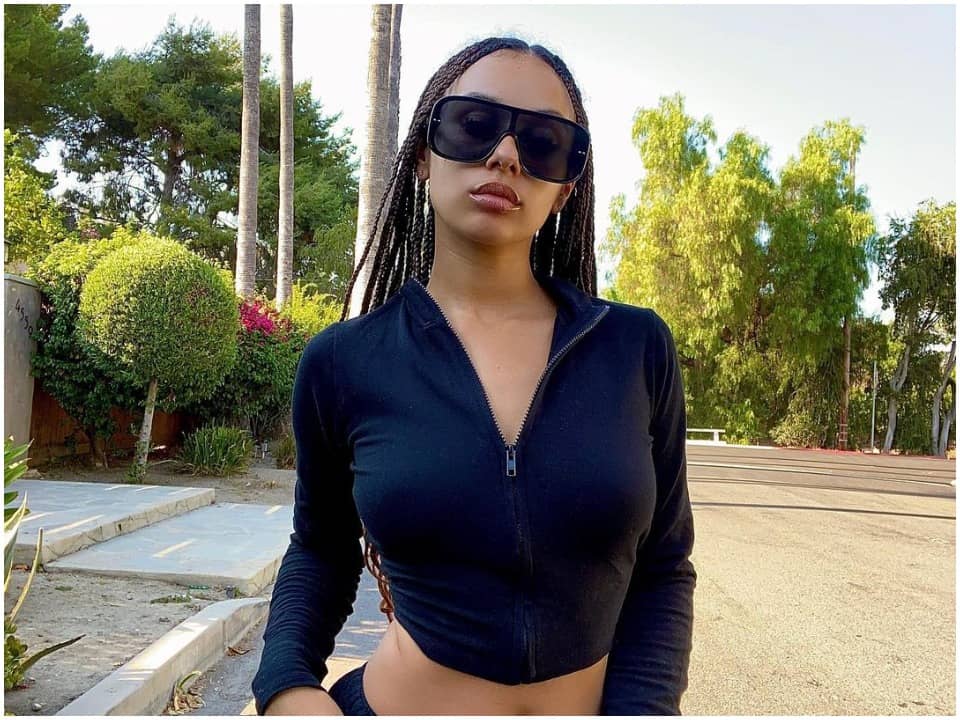 Breah Hicks is a young and beautiful American YouTuber who is famous on social media. She got her world recognition after she started dating her boyfriend Christian Combs who is also known as King Combs who also works as a model.

Breah Hick was born on December 24, 1998. Breah keeps her family information private, thus, she never revealed the name or occupation of her parents or her siblings but had mentioned that she has a brother. She was raised and brought up in California in the United States of America. Breah as a student attended Notre Dame high school in Sherman Oaks. After her high school graduation, she attended a University or College but she has never disclosed its name. She has not even mentioned the degree she received or the field she majored in.

Hicks started her career not long ago. She is not just the girlfriend of Christian Combs but also a model who has modeled for many agencies. During her high school, she was an athlete who was a member of the track and field team. She competed in the 100 m, 200m, and 60- meter dash and still works out to stay fit. Breah is also an actress who has appeared in music videos. She appeared in two videos and the songs were by her ex-boyfriend Christian Combs. Hicks built a huge social media fan following which helped her become the brand ambassador of Savage X Fenty and Fashionova. She has also worked with many other companies before.

She is a YouTuber who created her channel to keeps her fans updated about her relationship with her fans. Her followers would always be curious about their relationships. So, Breah started sharing the videos of herself and Christian where they would do different things together and posted her personal vlogs, tutorials, and much more. The channel has more than 1 million views. As the couple is no more together, Breah is expected to remove those videos. She has currently signed a modeling contract with Scout Modelling Agency and expects to get more opportunities in the upcoming future. She even posts pictures and videos of herself on her Instagram account where she could be seen promoting the products by collaborating with the brands.

As for her personal life, Hicks is currently single and focusing on her career. She previously dated her boyfriend Christian Combs. The couple started dating and they had been the couple’s goal for many youths. But unfortunately, they broke up recently after dating for 6 six years. She is expected to find a better man for herself and update her social media account.

Hicks is still a young lady who earns an estimated net worth of $ 1.5 million USD. She earns this huge sum of money through her identity as an Instagram influencer and also as a YouTube star. Her work includes collaboration with many online brands and as a brand ambassador of popular brands. She is known to earn more after she gets a stable job.