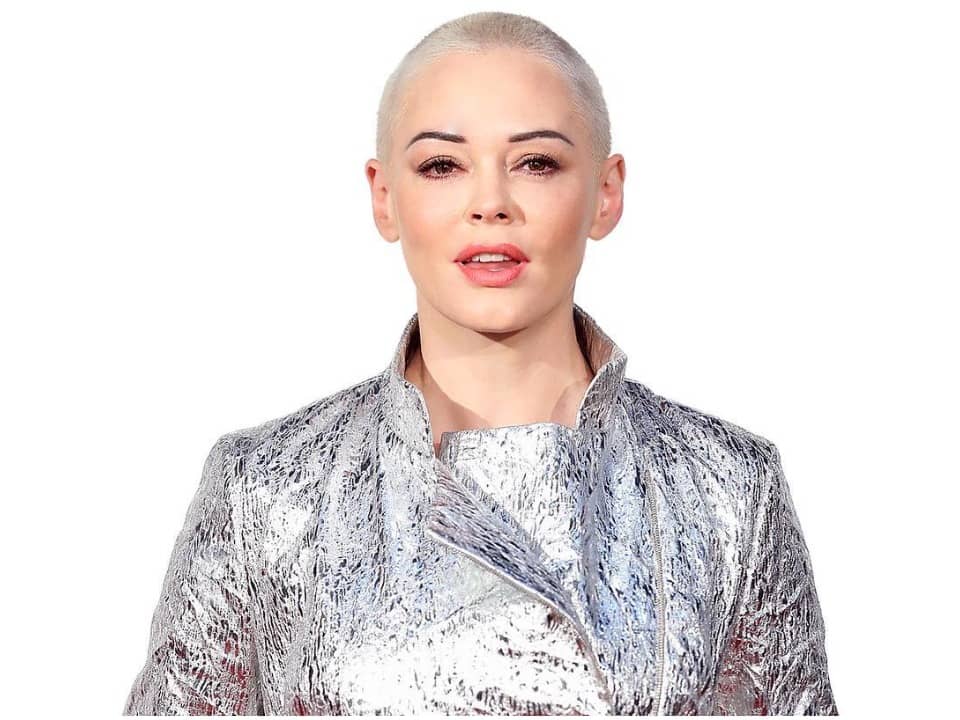 Rose McGowan is a beautiful talented American actress who is also an activist and a director. She is also an author who gained fame as an actress after she worked in the dark comedy movie called The Doom Generation which was released in 1995. She had her breakthrough in the film industry after her role in the 1996 movie Scream.

Rose McGowan was born Rose Arianna McGowan on September 5, 1973. She was born to her father Daniel McGowan who is an artist and her mother Terri who is a writer in Florence, Italy. Rose spent most of her childhood traveling all over Europe with her parents. As a student, Rose attended Nova High School after which she attended Roosevelt High School from where she graduated. After her high school graduation, Rose attended the University of California in Los Angeles from where she earned her degree in theatre and acting.

Rose made her Film debut in Hollywood after she played the role in the movie Encino Man directed by Pauly Shore in 1992. After appearing in many films she then appeared in a music video of Coma White and sang the backing vocals for the song Posthuman. She then also appeared on the Mechanical Animals in 1998 after which appeared in Jawbreaker in 1999. During the early 20s, she made the television breakthrough and landed the highlight of her career in form of Paige Matthews in the drama series Charmed. She also played the role of Sasha and Nancy in the movie The Last Stop and Ready To Rumble.

She also appeared in the movies like Strange Hearts and Monkey bone in 2001. In 2002, she played the role of Stealing Bess and Roads to Riches. She then appeared in many movies and television series till 2018. After that, she appeared in Chopped in 2019 and one episode of Questions Time in 2020. Recently, she tweeted on her Twitter for supporting Britney Spears along with singers like Justin Timberlake, Halsey, Nicole Polizzi, Mariah Carey, and many more.

Rose has lived a life filled with full of controversy and remained in the headlines for quite a long time. One of those came when she accused Hollywood mogul Harvey Weinstein of sexual assault in 1997. It happened in a hotel room while she was attending Sundance Film Festival in 1997. As a settlement, she received $100K from this allegation, and from this, she started to stand out against sexual assault and also became a part of the Me Too Movement.

Rose McGowan is a lady, who was in a relationship with William who used to buy exercise equipment for her and helped her lose weight but the couple broke up after some time. After that, she started dating Brett Cantor who was the owner of Hollywood’s Dragonfly nightclub but he was murdered in his own house in the July of 1993. She then was in a relationship with Marilyn Manson who was a rock musician. The couple dated for three and half years and were engaged for two years before they broke up in 2001. She then dated Robert Rodriguez, who is a director, and officially announced their relationship in May 2007.

They broke up in 2009 and in July 2013 and she got engaged to Davey Detail who is an artist and married him in October 2013 in Los Angeles. The couple decided to split in February 2016 and their divorce was finalized in November the same year. She then started dating Rain Dove in 2019 after which she officially announced in February 2020, that she is dating a woman called Sienna. Later it was found that she was dating and living with a man in Mexico since October 2020.

Rose is an independent woman who earns an estimated net worth of $3 million USD. Her main source of income is her profession as an actress and an author. She also earns some part of the money as an activist and also as a director of a few movies. She is expected to earn more after appearing in more works.