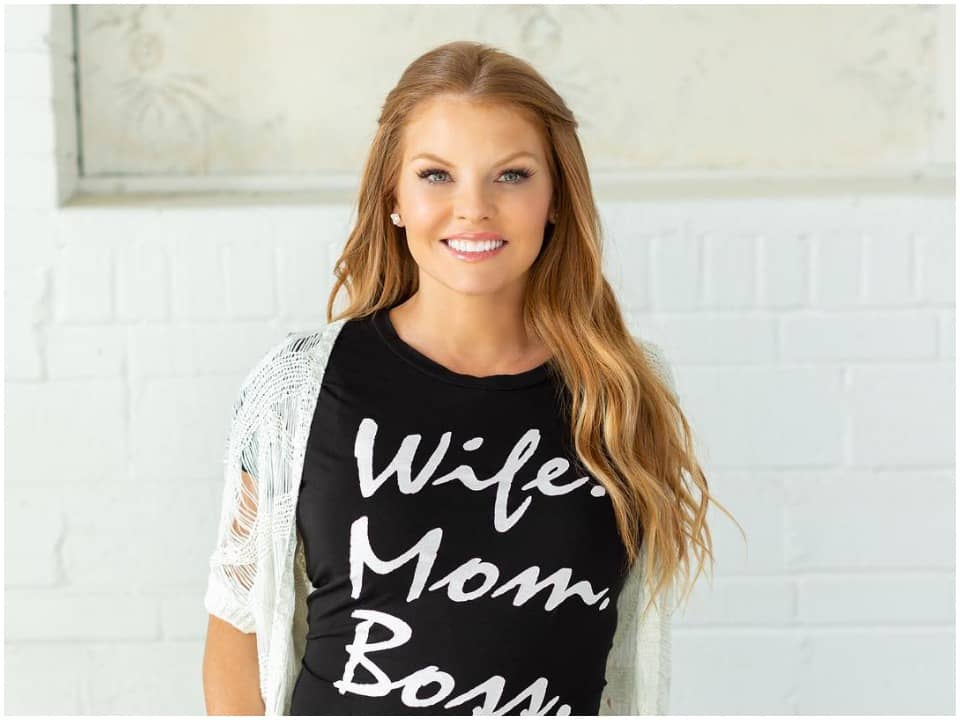 Brandi Redmond is an American television personality with whom all reality shows lovers would be familiar. She is best known for her appearance in “The Real Housewives of Dallas”. She is a former All-Star, Pro-Bowl, and Five-time Dallas Cowboys Cheerleader. Currently, she is again in the limelight as she just addressed a video of her husband allegedly cheating on her.

Redmond was born on July 10, 1978, in Memphis, Tennessee. Her mother is Jana Nace and she never revealed any information about her father or any siblings if she has any. When she was just a teenager, she moved to Austin, Texas. Redmond graduated from Texas Woman’s University, with a Bachelor of Science in Sociology. Except for all these details, we couldn’t discover her early life because no information is either available on the internet or in leading mainstream media as well.

Redmond started her career as a cheerleader. She became an All-star, Pro-Bowl, and cheerleader for the Dallas cowboys. And she once said that the most memorable experience was going on a tour in Iraq, Kuwait, and Afghanistan. She was a former spokesmodel and mentor for Varsity Spirit Fashion and University Cheerleaders Association. Brandi had her television debut in 2016 when she began to appear on The Real Housewives of Dallas. She has been a main cast member since then. She is currently starring in Season 5 of The Real Housewives of Dallas. Other than this show, she also appeared in many other tv series.

She appeared in Watch What Happens: Live a talk show in 2016 with Shep Rose, in 2017 with Cary Dueber and Stephanie Hollman, in 2018 with Gizelle Bryant, and again later with Kelly Dodd, and in 2019 with Margaret Josephs. In 2016, Redmond also made an appearance in an episode of Entertainment Tonight. She also appeared in 4 episodes of Celebrity Page, a tv series in 2017 and 2018. In 2018, she hosted the show “Weekly Dose of BS”. She also appeared in an episode of “GMA3: Strahan, Sara & Keke” a tv series on 19 February 2019.

She supports charities both locally and nationally. She is actively involved in The Community Partners of Dallas, Krewe De Etoiles benefitting Operation Smile and Folds of Honor.

Brandi Redmond married Bryan Redmond in 2003. He was her high school sweetheart. The couple has 4 kids. Daughter Brooklyn Redmond born in 2009, daughter Brinkley Redmond born on October 20, 2011, a son whom they adopted at birth Bruin Redmond born on December 31, 2017, and their fourth child, 2 months old Brilynn. She announced in her Instagram post that they are expecting their fourth baby in 2021. A blessing.

Redmond is going through a hard time now, as a video of her husband kissing another woman surfaced in March 2021. Many eagerly waited for her to address it and finally at the reunion of the show Real Housewives of Dallas, she bared her raw emotions. She announced that she knew but she is so disappointed. It happened in 2018, in Las Vegas, during a dual bachelor-bachelorette party for her sister and brother-in-law. She broke down while she was talking about it and said that “this is my darkest hour”. Her friend and co-star Stephanie Hollman said that “Brandi is going through so much and it’s so tough for her”.

As of 2021, Bryan Redmond’s net worth is estimated to be around $4 Million. She earns through being a TV personality. Even though she took time out for her kids, she is still a popular personality and it shows.