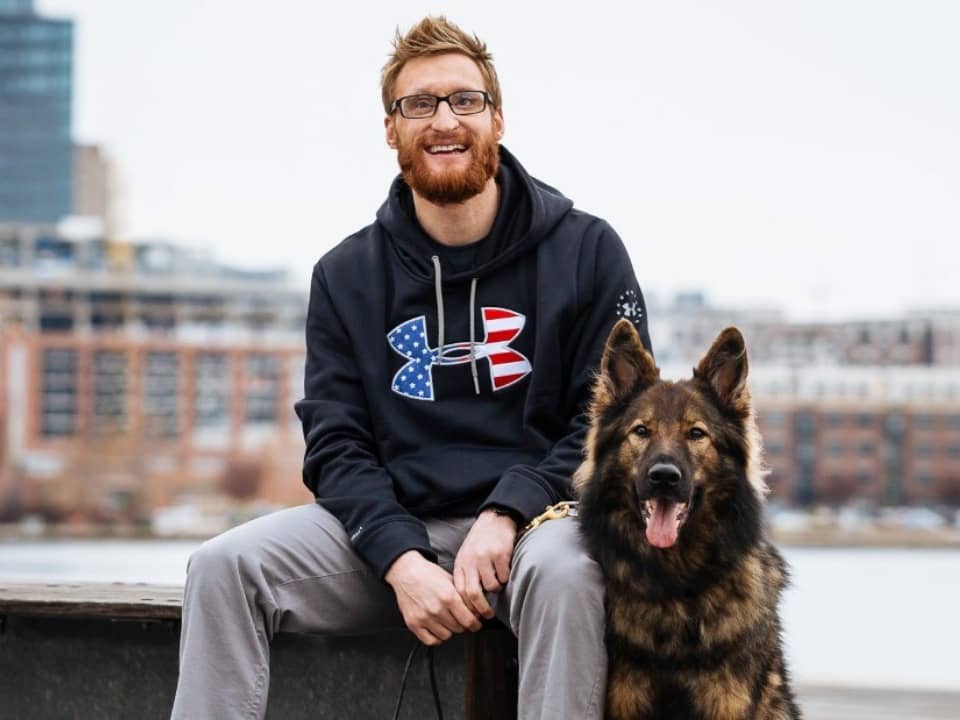 Brad Snyder is an American professional Paralympic Swimmer. He was a part of the US navy in Afghanistan and lost his eyesight in an accident but refused to sit back and throw his life. Brad stood stronger and made his career as a successful swimmer and he won many medals and inspired a lot of people by overcoming his weakness.

Bradley Warren Snyder was born on 29th February 1984 in northwest section Reno of US state of Nevada to Michael Snyder and Valarie Snyder. He grew up with his two siblings Mitchell Snyder and Elyse Snyder. He was interested in swimming from a very early age and started swimming from school days. Brad attended Northeast High school in St. Petersburg of Florida where he swam for the school team. For higher studies, he went to United States Naval Academy in 2006 from where he graduated as a Naval engineer. While completing his degree he also used to swim and was captain of his university’s swim team.

After graduating from the university Brad got to work as an explosive ordnance disposal officer for United States Navy serving in Afghanistan and served there for seven. In September 2011, Brad faced an accident and lost both of his eyes. He stepped on an Improvised explosive device while saving the victims of the bombing due to which his eyes and eardrum were injured badly. After an intensive care session and recovering from the injury he decided not to waste his life just because of losing eyesight. He wanted to show people that he is not a victim and not struggling for life. Brad started to swim and less than a year later of his accident he took part in the Warrior Games in Colorado Springs in May 2012 where he won four gold medals in swimming.

Brad Snyder is a famous personality among youngsters and natives of the US, he is present on various social media platforms and keeps inspiring people. He is active on Instagram under the username @bradsnyderusa and 5.5k people follow him. Bradley is also present on Twitter with a following of one thousand people. He has an account on Facebook, and 5.4k people follow him there.

Brad Snyder tied the knot with Sara Ayoub on 9th November 2019. They were in a relationship for a very long time. The couple doesn’t have any kids till now and currently lives in Sin Annapolis, Maryland.

Brad Snyder is a successful Paralympic swimmer and has a strong swimming career. His income is from his swimming career and his estimated net worth is around $1-$5 million.