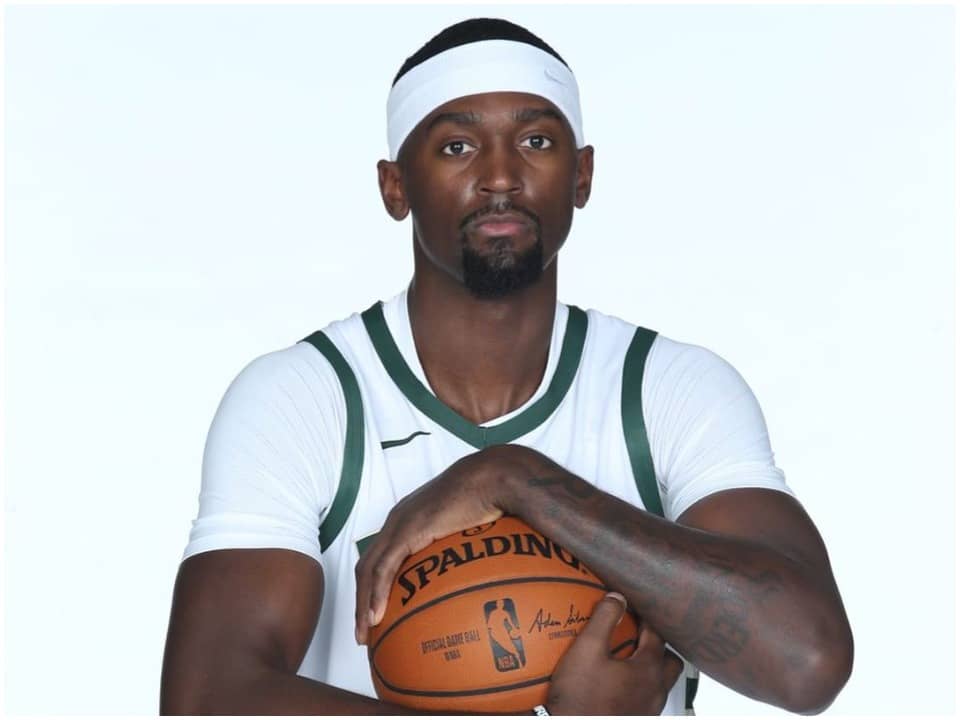 Bobby Portis emerged as one of the most valuable assets for the Milwaukee Bucks throughout the 2021 NBA season. His journey in the NBA started when he was picked 22nd overall in the 2015 NBA draft by the Chicago Bulls after playing college basketball for the Arkansas Razorbacks. Bobby gained further recognition and fan following after he got picked by the New York Knicks (NBA). He was traded to the Washington Wizards in February 2019 and made his debut shortly after.

Bobby Portis was born in Little Rock, Arkansas on 10th February 1995. Bobby’s mother is Tina Edwards. He is American and belongs to the Afro-American ethnic group, according to his nationality. In addition, his zodiac sign is Aquarius. He has 3 siblings, i.e., Jared, Jamaal, and Jarod with whom he grew up. Anthony Hicks, his uncle, was a basketball player at Missouri State. His father’ Bobby Portis Sr. still lives in Alabama and Bobby only saw him four times in his life because he only comes to visit him on special occasions. Portis attended Little Rock’s Hall High School and played basketball there. He was a highly recognized prep player there, garnering McDonald’s and Parade All-American honors as well as the title of Arkansas Mr. Basketball in 2013.

Portis became the first in-state McDonald’s All-American to pledge to Arkansas since Corliss Williamson in 1992 and was viewed as a significant prospect for coach Mike Anderson’s rebuilding of the program. Portis was recognized as the best player in Arkansas coming out of high school. During his final year at the University of Arkansas, Portis was also nominated for SEC Player of the Year. Bobby entered the 2015 NBA Draft after only two years at the University of Arkansas, having pleased many fans and scouts. He averaged 12.3 points and 6.8 rebounds throughout his college career.

Bobby Portis began his professional career with the Chicago Bulls. On June 25, 2015, the Bulls selected him with the 22nd overall pick in the NBA draft. He signed his rookie scale contract with the Bulls on July 7, 2015. On November 3, 2015, he made his NBA debut against the Charlotte Hornets. While Jimmy Buttler and Tony Snell struggled, he took advantage of his opportunities and had his greatest night as a starter with 20 points. Bobby Portis’s skill was recently shown when he earned a $7.5 million two-year contract with the Milwaukee Bucks on November 26, 2020. With one of the most recognizable franchises in the world, Portis’ future seems bright.

In a 143-136 overtime defeat to the Houston Rockets on April 29, 2021, Portis scored 10 points, grabbed 11 rebounds, and had a career-high four steals. On June 27, 2021, against the Atlanta Hawks in Game 3 of the Eastern Conference Finals, Portis had a big game for the Bucks, scoring 15 points, grabbing 4 rebounds, and adding 2 steals in a 113-102 road win. In the Eastern Conference Finals on July 1, 2021, Portis made his first career postseason start in place of an ailing Giannis Antetokounmpo. In 36 minutes, Portis had 22 points, 8 rebounds, 3 assists, and 3 steals in a win that had the fans chanting “Bobby”.

Bobby is currently committed to a romantic relationship with Kanesha Woods. Kanesha Wood is currently residing in Little Rock, Arkansas, which is her hometown. She went to Hall High School as well. This proves that she and Bobby have known one other since they were children and that they may have been in a relationship since high school. Bobby doesn’t post about her dating life, in fact, there are no official Portis social media updates on the couple.

NBA players earn an average of $7.5 million each year. As a result, it should come as no surprise that Portis has a net worth of $10 million, which he got through basketball. Bobby made $1.3 million in his rookie season with the Chicago Bulls, which is a huge figure for a rookie. However, because of the large sums of money acquired by NBA franchises, most rookies become millionaires in their first year. As a result, even beginners are now paid millions of dollars.