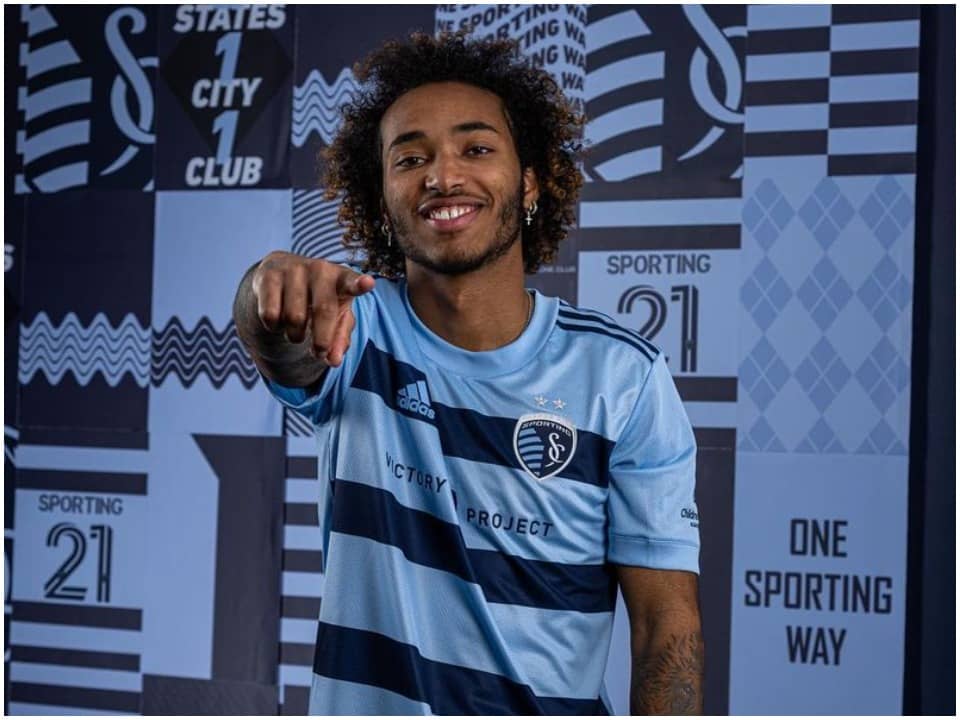 Gianluca Busio is a professional & passionate soccer player from the United States who now plays as a midfielder for Major League Soccer team Sporting Kansas City. He is regarded as being one-of-a-kind in the manner in which he plays soccer. He made his debut for the national team of the USA in Gold Cup and also helped the team to come victorious with a 1-0 score against Haiti.

Gianluca Cristiano Busio was born on May 28, 2002, in Greensboro, North Carolina, United States, to parents who immigrated from Italy. His mother, Dionne Busio, was quite supportive of him throughout his trip, which is unusual in and of itself. Busio is of Italian origin through his father Alessandro, who was born in Brescia, and he is a citizen of the country. His mother’s family is of African American descent, and he identifies as such.

Gianluca has an older sister, Ilaria, as well as an older brother, Matteo, who is a soccer player at the University of North Carolina at Charlotte and who Gianluca considers to be his greatest influence. Talking about his education then he didn’t go to school physically but completed his graduation through an online high school program. Although his mother still insisted that he should get a college education despite the fact that, he is already doing good in his sports career.

Busio, who was born in Greensboro, North Carolina, joined the Sporting Kansas City school in 2016 after previously playing for the North Carolina Fusion. When Busio signed a Homegrown Player contract with Sporting Kansas City on August 25, 2017, he became the club’s youngest player since Freddy Adu joined D.C. United in 2004, making him the youngest player to sign with a Major League Soccer team at that time.

On April 4, 2018, he made his professional debut with Swope Park Rangers, a United Soccer League affiliate of Sporting Kansas City. He started the game against Colorado Springs Switchbacks, which ended in a 1–0 victory for the Rangers. Busio went on to make his debut Major League Soccer appearance for Sporting Kansas City on July 28 as a 77th-minute replacement in a 3–2 loss against FC Dallas. Exactly one week later, on August 4, Busio made his first league start for Sporting Kansas City against the Houston Dynamo, in a match that saw three red cards, eight yellow cards, and a total of 28 fouls called on him.

He provided his first career assist on Diego Rubio’s goal in the 74th minute, which proved to be the game-winning goal in a 1–0 victory. Busio was the third-youngest player in Major League Soccer history to get on the field and start a game. In October of this year, he was named to the United States roster for the FIFA U-17 World Cup in Brazil in June of next year. Busio made his senior national team debut on July 11, 2021, when he came on as a substitute for Jackson Yueill in the 62nd minute of the United States’ CONCACAF Gold Cup group match against Haiti.

Among his followers on Instagram, Gianluca Busio has 77.2k followers and 518 followers, and he has been verified by the platform. So far, he has published 70 items, many of which are recollections of his time spent playing soccer and spending time with his family during his childhood. Additionally, he has been active on Twitter since March of this year, where he presently has 2747 followers and 46 followings.

Busio is currently single and doesn’t commit to any kind of relationship with anyone. He is dedicated and driven in his pursuit of being the best soccer player in the world. Gianluca Busio autographed a jersey for Covid 19 Relief, a non-profit organization dedicated to assisting those in need. Proceeds from the sale of the jersey will benefit the Center for Disaster Philanthropy, Inc.

Busio has a net worth of 2.5 million dollars, which he has accumulated through his soccer earnings.