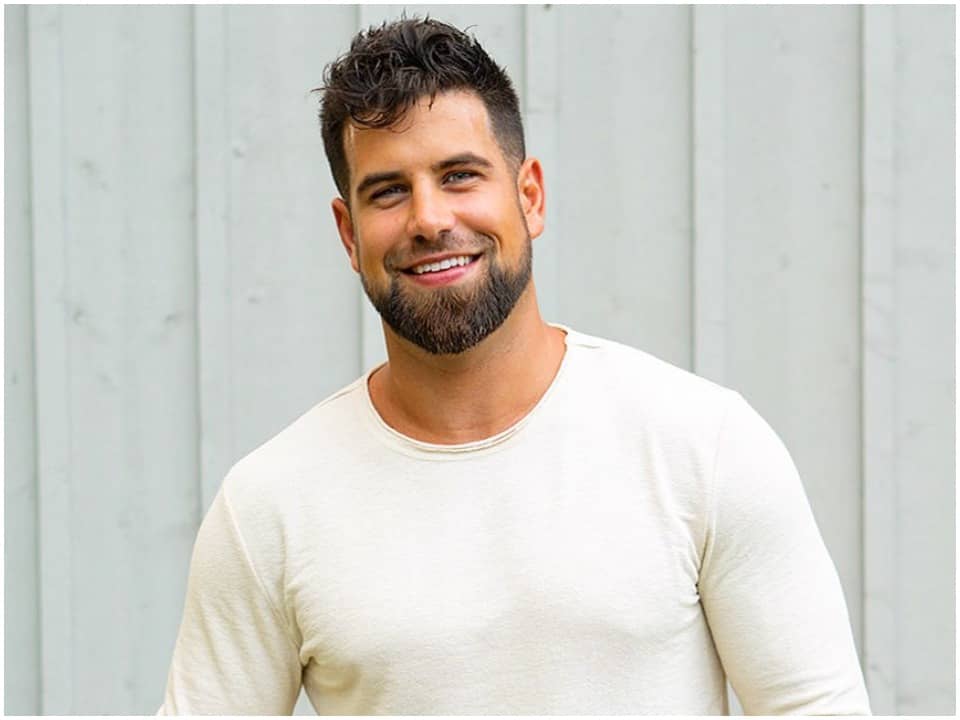 Blake Moynes is a handsome Canadian television personality and a wildlife manager who is known to the world as a contestant of season 16 of The Bachelorette where he tried to impress contestants like Tayshia and Clare. Blake won The Bachelorette of Katie Thurston and just a while ago, they engaged as well so now we will have to see what’s waiting for them in the future.

Blake Moynes was born on August 9 in 1990 in Hamilton, Ontario in Canada. He has been secretive about his family information and has never revealed the name of his father nor any information related to their occupation but he once revealed that his mother’s name is Emily. He is known to have a sister named Taylor Moynes and a brother named Cody Moines. As for his education, Blake attended the Notre Dame Secondary School and completed his high school later.

After his high school graduation, Blake enrolled at the Algonquin College of Applied Arts and Technology from where he graduated and received his degree and majored in Outdoor Adventure. After graduating in 2011, he attended the Thompson Rivers University in 2012 from where he studied Adventure Tourism Management and Outdoor Education and graduated from there in 2014.

Blake currently works in the wildlife field as a wildlife manager for an organization but he has not disclosed its name. He is a television star who appeared on the television reality series The Bachelorette to find his love. He wasn’t successful in season 16 of the show as he was eliminated in episode 9 of the show but through reports, it has been found that he will be seen in season 17 of the show as well where he is seen trying to win the heart of Katie Thurston.

Katie has never talked to Blake in person but in the recent interview, Katie revealed that she knew him well as he is the ex-boyfriend of her friend Tayshia. Season 17 premiered on June 7, 2021, and the fans are already expecting him to win as he is known for his good looks. At the end of the Bachelorette finale, after lots of drama finally, Katty chose her soulmate and it was Blake. They finally committed to relationship as the couple announced their engagement as well.

As for his personal life, Blake is currently Engaged to Katie Thurston. Blake is a wildlife manager and loves his career but as much as he invests time in his work, he even wants to spend and invest tie for someone he loves. He previously dated Tayshia whom he met in season 16 of the Bachelorettes but the couple broke and Tayshia got engaged to Zac Clark at the end of the season of the series. Blake has now appeared in season 17 and is expected to find his better half there.

As for his earnings, Blake earns an estimated net worth of $ 2 million USD. His main source of income is his job as a wildlife manager but also earns some part of his net worth through appearing on television shows which make him famous and known to many people. He is expected to earn more through his knowledge of wildlife and outdoor adventure.