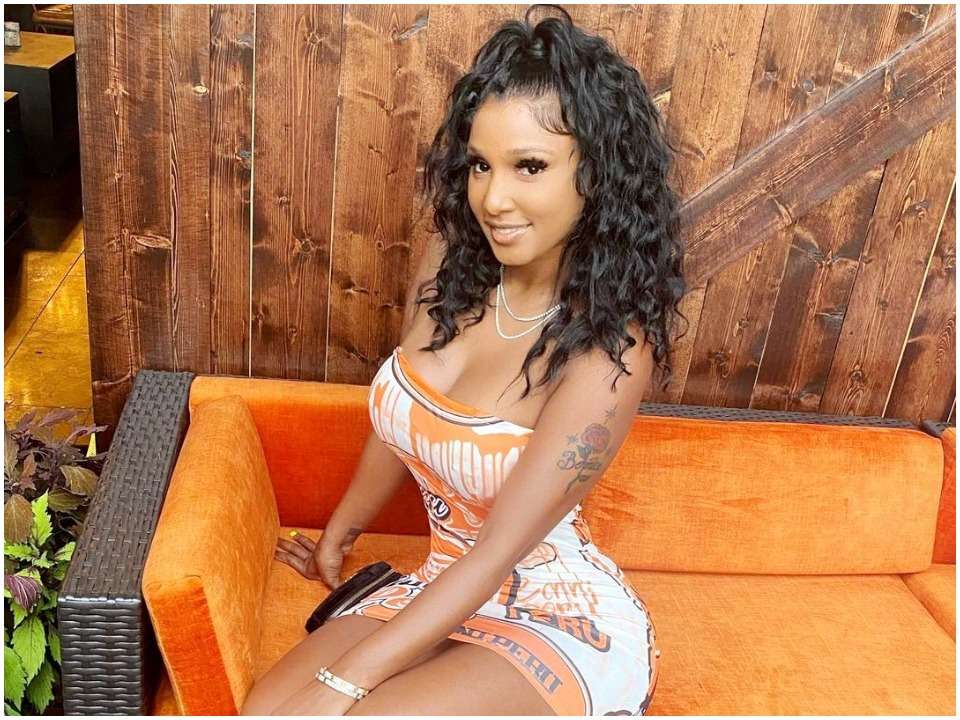 Bernice Burgos is a mother, entrepreneur, and model. She is the founder of Bold and Beautiful Sleepwear, a company dedicated to offering comfortable sleepwear for women of all shapes and sizes. She is a well-known figure in the fashion and modeling industries. Bernice is known as a video vixen, having starred in videos by prominent artists such as Drake and J.Cole.

Bernice Burgos was born on April 17, 1980, in the Bronx, New York City. She is of Puerto Rican descent. She was forced to leave out of school at the tender age of 15 due to an unanticipated pregnancy. Despite the fact that she never married her boyfriend, she lived with his mother after being rejected by her own grandma. She acknowledged in one of the interviews that she was obliged to do all of the housework and cook since she couldn’t afford to pay the rent. Burgos was also responsible for raising her daughter while enduring an abusive relationship with her boyfriend. She keeps her personal life private while being such a public figure. She never brought up her parents or siblings in conversation. Bernice is a high school dropout with little information on her post-secondary schooling.

She started working as a bartender after dropping out of school. She also got into modeling, which led to her becoming a video vixen. Because of her outstanding personality and curvy form, she was preferred by photographers and magazine editors. Her career began with appearances in publications including SHOW and XXL. She made her first appearance in one of J. Cole’s music videos for the song Work Out. She made an appearance in Rick Ross’ Diced Pineapples video three years later. Bernice was well compensated for her modeling work and working as a bartender, but she still yearned for her own business. As a result, she and her daughter Ashley created the Bold and Beautiful apparel line. Bold and Beautiful is a clothing label aimed primarily at women.

Bernice Burgos flaunts her great curvy body on social media, which has led to suspicions of plastic surgery. She has admitted to getting breast and hip augmentations in order to sustain her career. On December 14, 2010, Bernice was arrested by the Bergen County Prosecutor’s Office Sex Crimes and Child Abuse Unit for physically assaulting a 14-year-old girl. She was charged with a crime of the second degree.

T.I.’s ex-wife has accused her of being unfaithful. Tiny (T.I.’s ex-wife) claims that he cheated on her by having a physical relationship with the model. Bernice defended herself by claiming that their marriage was already gone and that she should not be held responsible. Physical relationships are natural, and sexual morse is fairly liberated in 2017. Meek Mill, a hip-hop star, has just developed a crush on her. Bernice hasn’t given it much thought so far.

Bernice is the mother of two girls, one named Ashley and the other Sarai. Their father’s identity is still unclear. She has had numerous love relationships. Marion Suge Knight was her first known relationship, which began in 2012. Their relationship ended quickly, and she began dating Drake, a well-known Canadian rapper. They split up in 2015 after things didn’t work out for both of them. Clifford Joseph Harris, an American hip-hop artist with whom she began dating in 2016, is her most recent relationship.

Bernice’s net worth is based on her success as a model and internet personality. Her net worth is reported to be between $1,100,000 and $2 million. Her apparel company, Bold and Beautiful, also brings in a lot of money for her. Bernice is a social media personality with over 6.5 million Instagram followers. Her former Twitter account was suspended due to a rule violation. Her most current Twitter account has a following of 94.7K people.